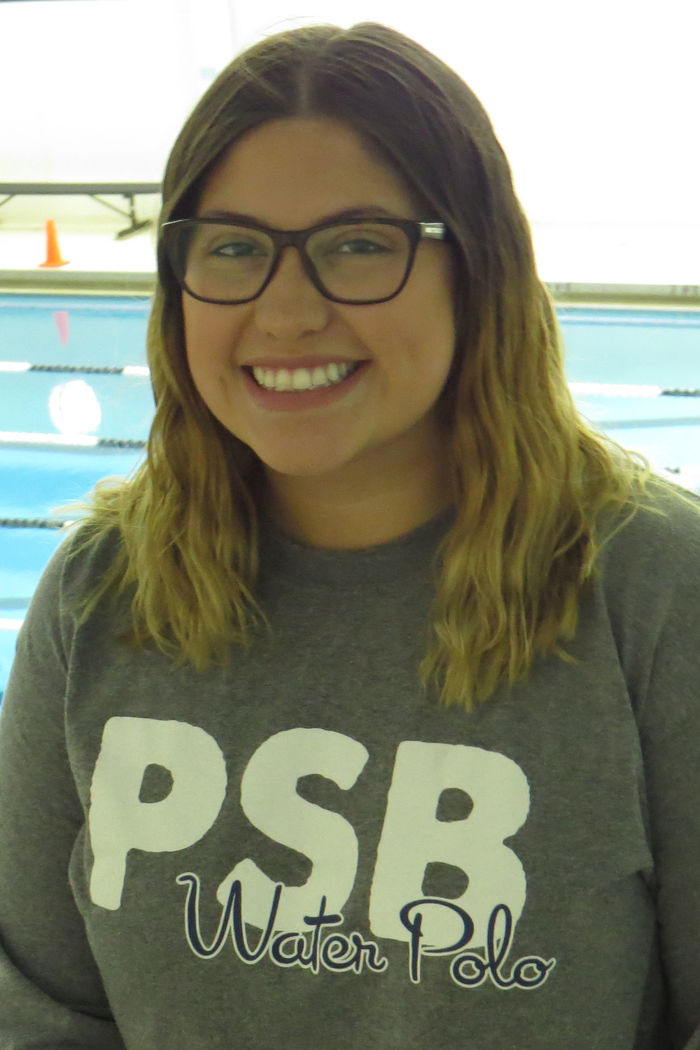 On choosing Behrend: I visited Penn State Behrend at the invitation of Joe Tristan, the head coach of the water polo team. After visiting the campus, I fell in love. I realized Behrend was the perfect school for me because of the small class sizes, an amazing psychology program, and the ability to play water polo at the collegiate level.

On choosing psychology: I was 15 years old when my older sister was diagnosed with depression and anxiety. She is the reason that I decided to study psychology. I became very interested in people, especially in how we function and why we struggle sometimes.

Proudest accomplishment at Behrend: I was on one of the nine research teams that were selected to represent Penn State at the Undergraduate Research at the Capitol event in Harrisburg. My research team looked at the effects of gender on blame attributions in violent crime scenarios. We will be presenting our research at three conferences this semester.

On earning a degree in half the time: It was always my plan to graduate from Behrend in two years. I came to college with 47 credits from AP exams I took in high school. My plan still required taking more than the average amount of credits in order to reach my goal. I took six or seven classes each semester and took two courses over the summer to reach the required number of credits necessary for my degree.

On playing water polo, too: At one point, I was taking 20 credits while in water polo season. This meant I had two- to three-hour practices each day and was traveling each weekend to compete in tournaments. I often did projects on the airplane or went back to a computer lab after a late practice to finish a paper. It was certainly challenging, but it was also very rewarding.

Campus involvement: I am a member of the Behrend S.A.V.E. club, which tries to bring awareness to domestic or relational violence. I was also a mentor at the Autism Society of Northwestern Pennsylvania where I was able to spend time with the young clients, while helping them build interpersonal skills.

Tri-lingual: I am fluent in Spanish and intermediate in French. I learned Spanish growing up in a Mexican household and picked up French in school. I have a passion for languages, which I must get from my family because we all speak Spanish and my mother and sister speak German, too.

What you’d be surprised to know about her: I will be the first person in my family to graduate from college. My parents worked very hard to give me opportunities that were not available to them. I am very grateful to have hard-working, motivating parents who did everything in their power to get me through college.

Who inspires her: My family is my biggest inspiration. My dad came from Mexico when he was 18 years old with nothing but the clothes on his back. He made a living as a seasonal worker, and now he is supporting my dream of going to college. My mom began working at 18 years old, and now she runs a very successful company. My sister has battled depression and anxiety for the past five years, but still continues to be successful in her work and social life. My family is the sole reason I am at college and graduating this year.

Advice for new students: Take advantage of the resources available to Penn State students! Resources such as the Academic and Career Planning Center and faculty members are here to help you. Also, be aware of the classes and course sequences required in your major. I almost had to stay an extra semester because of the sequencing.

Jenessa hopes to secure an entry-level job at the Federal Bureau of Investigation where she has been doing an internship for the past year. She plans to work toward being a Special Agent.