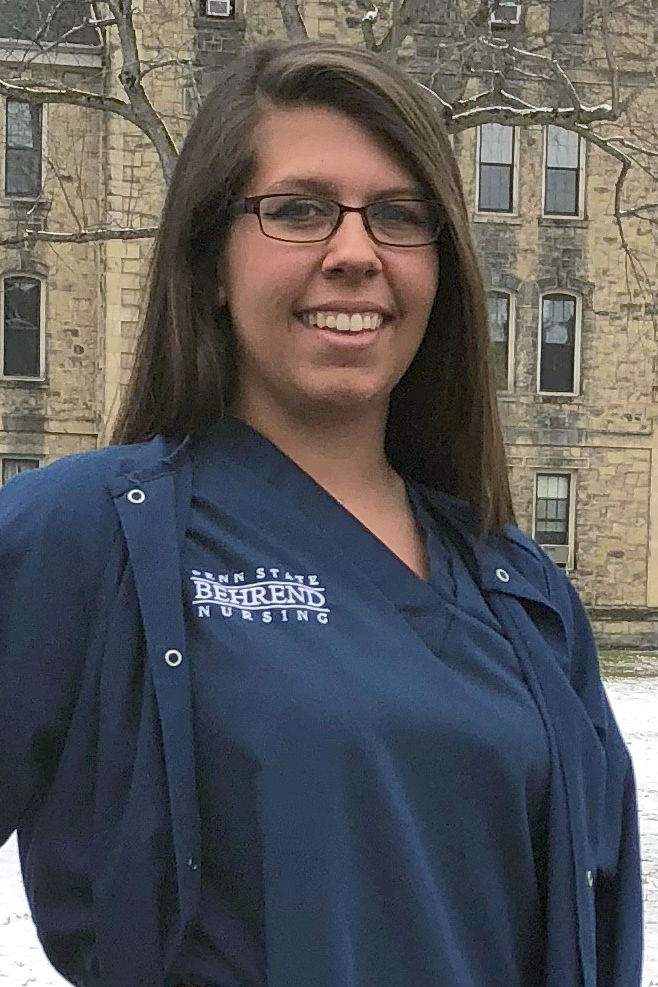 Scholarships: I received the Council of Fellows Leadership Scholarship

On choosing Behrend: I enjoyed the campus scenery and size. Growing up, I always wanted to go to Penn State, but after visiting University Park, I realized it was way too big for me. I also chose Behrend because students in its nursing program had high pass rates for the National Council Licensure Examination.

On choosing her major: My best friend’s mom battled cancer for years. Unfortunately, she passed away during our senior year of high school. When she was dying, my mom and I were at the hospital as a support system for my friend and her family. The last two days were very tough and being there with them really opened my eyes to the role of the nurse. The nurses were the people who were there for the family twenty-four hours a day, making sure every need was tended to, and providing the best care possible to my friend’s mother even during the final hours of her life. It was a very inspirational moment as I realized I wanted to become that person who is there to help others during difficult times.

Secret talent: I guess I am good at organizing/planning. I’ve always been the planner in my circle of friends.

Who inspires her: My mom. She was a young, single parent and provided me with a great life. I’m also inspired by the nursing staff that I have had the opportunity to work with.

Lauren plans to work as an ICU nurse.