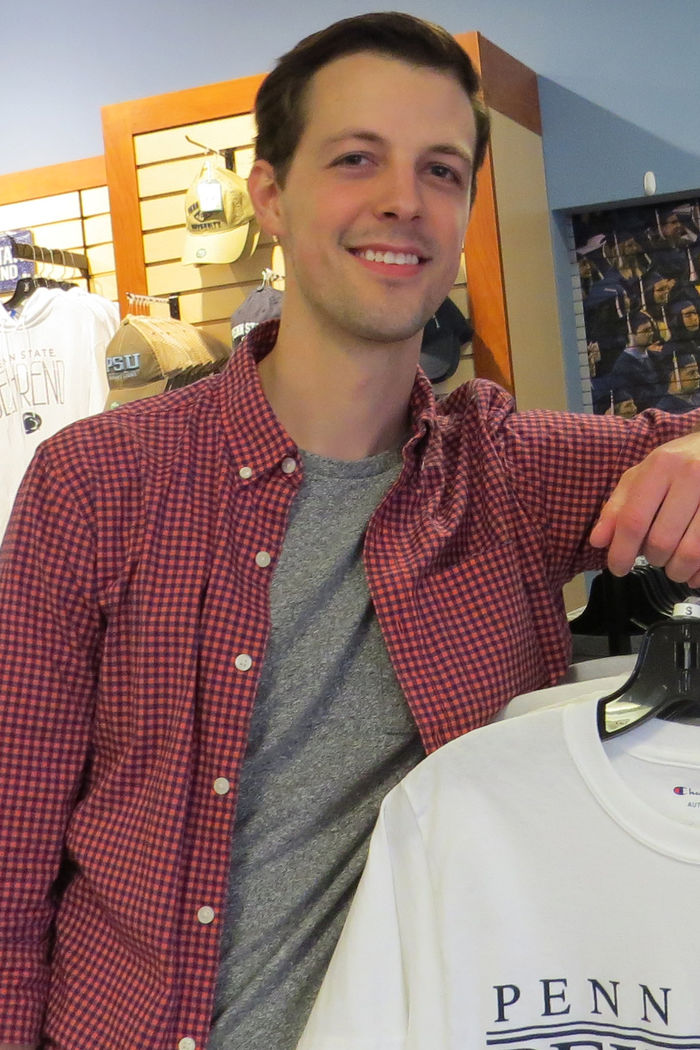 On choosing Penn State Behrend: I chose Behrend because of its highly-rated mechanical engineering program and the ability to have one-on-one interactions with professors.

On choosing his major: Both of my parents are engineers, so it’s really the only thing that I’ve ever known. I actually graduated from University Park as a petroleum engineer in 2014. I worked in the petroleum industry for two years as a field engineer with Halliburton Energy Services, one of the largest oilfield service companies. I traveled throughout Pennsylvania, West Virginia, and Ohio working on Marcellus and Utica shale gas wells for customers like Royal Dutch Shell, CONSOL Energy, and EQT. After two years, my facility in Williamsport, Pennsylvania, was closed as a result of downturn in oil prices that occurred between 2014 and 2016. I was given the opportunity to transfer to a facility in Ohio but decided to turn down the transfer to return to school to become a mechanical engineer in order to open up a broader range of career opportunities.

Proudest accomplishment at Behrend: I was a member of a team selected to work on a senior design project for NASA. I’m also proud to have been invited to compete in the 2018 Collegiate Innovation Showcase.

Campus involvement: I serve as the president for the student chapter of the American Society of Mechanical Engineers and I will be competing in the Erie Collegiate Innovation Showcase. I’m also a member of Dr. Shraddha Sangelkar’s undergraduate research team and will be participating in the 2018 Capstone Design Conference in Rochester, New York.

A willing coach: I like helping people reach their goals by encouraging them to go outside of their comfort zone and by sharing my experiences.

What you’d be surprised to know about him: Britney Spears follows me on Twitter, I’m an avid windsurfer, and I’ve attended four different Penn State campuses.

What he’s passionate about: Music and photography. I can’t wait to buy a drone.

Advice for new students: Learn to prioritize your time and develop good study habits. Take advantage of the opportunities that you have being a Penn State student by attending the Behrend and University Park career fairs even when you are a first-year student. Companies love getting their hands on young talent and developing your skills through multiple internships.

Will plans to pursue a career in engineering design, product development, or industrial design.