A Day in the (Work) Life

Students make most of winter break by shadowing alumni 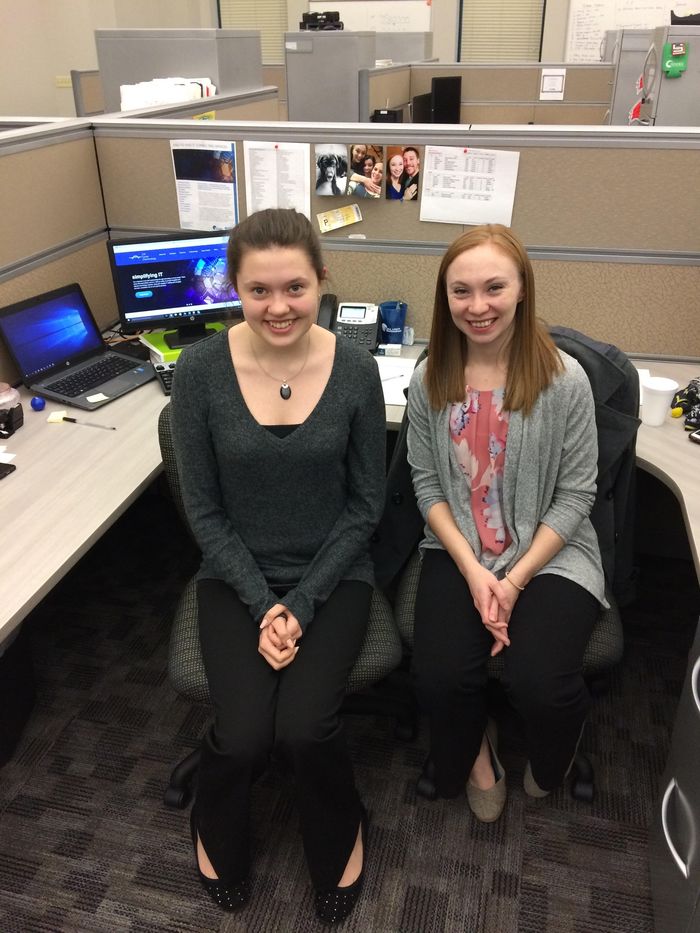 Rachael Pudimat, left, with Bridget Jenkins ’16 at All Lines Technology in Pittsburgh.

The hardest decision most college students have to make is choosing a career path to follow. This is not to be confused with picking a major, which is often the easy part as students gravitate toward subjects in which they are naturally talented and interested.

Which area of their discipline should they focus on? Will they like the environment of their chosen field? Where are the places they might work?

At Penn State Behrend, they can— thanks to a one-day winter break jobshadowing program developed by the Academic and Career Planning Center (ACPC) with help from the Office of Alumni Relations. 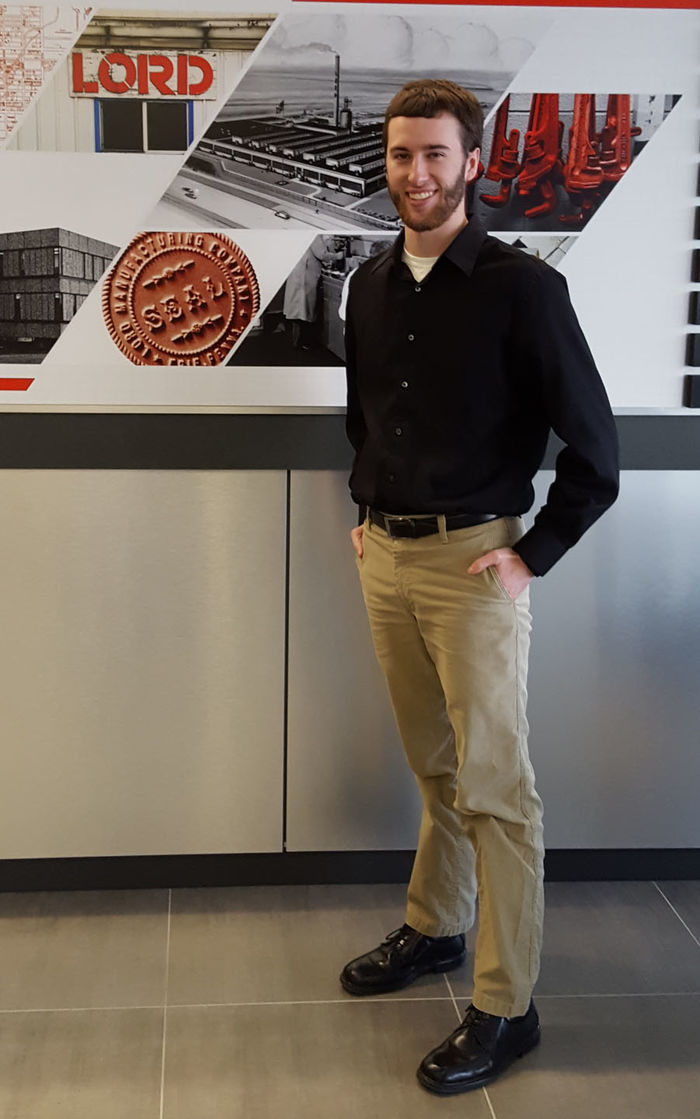 “We have thousands of alumni working all over the world,” said Courtney Steding, career services manager at ACPC. “We decided to reach out to them and see if they and their employer would each be willing to allow a student to shadow them for one day over the student’s winter break.”

Students apply to participate and are matched with a company (usually through an alumni contact) and then they set up a mutually agreeable day to meet.

ACPC piloted the program in 2015 with a small group of high-achieving sophomores and a handful of companies. It went so well that this past winter break, ACPC opened the program up to all Behrend students in any major, from first-year to seniors.

“Depending on what year they are in, students are looking for different things from the experience,” Steding said. “For some, it’s purely exploratory; they are trying to learn more to make decisions about what to study. Others are looking for that concrete evidence that they made the right career choice.”

All are seeking advice and a first-hand look at places they might work.

“The nice thing about job-shadowing is that it allows students to learn more about potential careers and employers without the commitment of an internship, though it can lead to that,” Steding said.

Andrew Heitzenrater, a Mechanical Engineering Technology major, spent a day at LORD Corporation in Erie, where he shadowed four engineers in four different disciplines throughout the day.

“I gained perspective on the field of engineering,” Heitzenrater said. “While it looked like demanding work, the environment was friendly and inviting. I also got some tips from LORD’s HR person on how to get an internship with the company.”

Networking is an important benefit of the job-shadowing program, not only for students but also for employers as well.

“The most valuable part of the experience for me was learning what engineering students are studying in school today and establishing a relationship with two potential new engineers,” said Jeff Webster ’80, a senior systems engineer at NASA’s Jet Propulsion Laboratory (JPL) in California.

The students who shadowed at JPL—Maxwell Lewis and Steven James Brown—both said it was a rewarding and career-affirming experience.

“Viewing facilities such as the ‘clean rooms’ where spacecraft and instruments are assembled and mission control where you can see the live feed coming from satellites and spacecraft was something I will never forget,” Brown said. “The experience helped reinforce my interest in the aerospace industry.”

Rachael Pudimat, a sophomore still deciding on a major, shadowed Bridget Jenkins ’16, an English alumna who is a technical recruiter at All Lines Technology, an IT service company based in Pittsburgh. Pudimat said it was “a fantastic experience to be part of the workforce for a day and see how things are in the real world.”

“The information about the experience at UBS was sort of vague, and that was a good thing,” he said, “because if it had said ‘wealth management,’ I probably would not have signed up, and I would’ve robbed myself of a great opportunity to meet some very successful people. I got a lot of great and unique advice. The entire experience was positive and inspirational.”

If you and your employer would be interested in hosting a Penn State Behrend student shadow for one day this winter, email [email protected]. A variety of businesses, industries, and organizations are needed as students in all majors can benefit from these experiences.