Creating a Global Community at Behrend 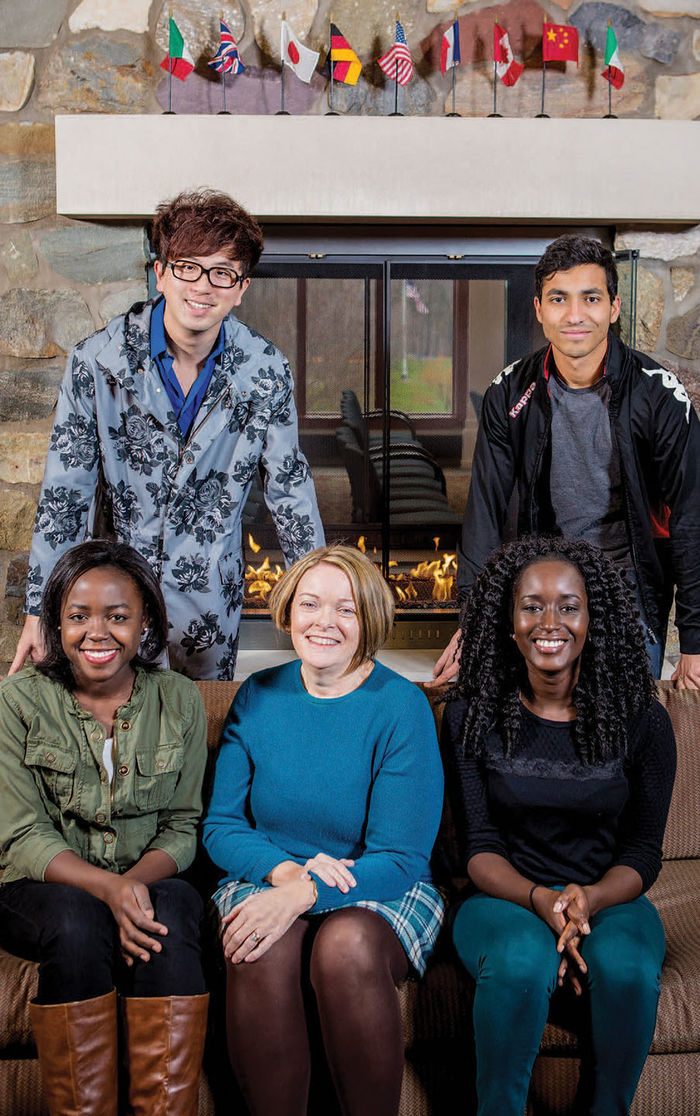 While it’s not a formal part of the curriculum, Stepping Out of Your Comfort Zone 101 offers one of the most important lessons that every institution of higher education strives to teach.

For most students, it starts on day one, when they leave the familiarity of home and high school. It continues in the classroom, where professors encourage critical and innovative thinking, motivating them to see things differently. It expands into residence and dining halls where students learn to live, communicate, and interact with people who don’t look like them, sound like them, or share their cultural beliefs.

In an increasingly global world, where team members and business partners might span several continents, learning to work and be comfortable with a culturally diverse group of people is an essential skill.

It’s one that Penn State Behrend encourages by hiring faculty members and recruiting students from around the world to create a global campus and offer opportunities for interaction that benefit everyone involved.

When Dr. Mary-Ellen Madigan, senior director of enrollment management, began working at Behrend nearly three decades ago, there were 2,250 students, fewer than a dozen of whom were from outside of the United States.

Today, the college is home to more than 4,300 students, including more than 350 international students from areas that include east Asia, the Gulf region, South Korea, Canada, and the Caribbean.

The international student boom began several years ago when the economy in some foreign nations improved and American education became more affordable for students interested in studying in the United States. Most of them are looking for high-profile universities, such as Penn State.

Penn State Behrend is uniquely positioned in being able to offer both the prestige of a bigname school and strong academic offerings.

“We have all the right programs to attract a global student body,” Madigan said. “We are Penn State and we offer some majors here, including International Business, Arts Administration, and Interdisciplinary Business with Engineering Studies, that aren’t found anywhere else within the University.”

Madigan and a number of other members of Behrend’s admissions staff participate in a variety of international recruiting events arranged through the International Student Network. ISN organizes visits to international high schools where students are taught in English.

On her first trip to India, Madigan said she got a sense of how international students must feel when they arrive in the United States.

“Everything is different,” she said. “You see billboards for products you aren’t familiar with, unique clothing fashions, chaotic marketplaces, and food you’ve never tasted before.”

But it wasn’t long after Madigan left her comfort zone that she found common ground with the students and residents of India, one of whom insisted on giving her a cooking lesson after she complimented a dish she had been served.

Common ground is what Madigan and staff members in the college’s Office of Educational Equity and Diversity hope students will find at Penn State Behrend.

“When students graduate and go out into the workforce, it’s likely they’ll be working with people from all over the world,” Madigan said. “Having a chance to learn about other cultures and how to communicate with diverse groups is part of the education they’ll get here at Behrend.”

“Interacting with people who aren’t like themselves makes students more compassionate and respectful to others, and it broadens their perspectives,” Hollinger said. “For those who are going to graduate school, it’s advantageous because they will absolutely be working with diverse groups there.”

In addition to Behrend’s growing international student population, the college builds diversity by hiring faculty members from around the world and enrolling global students who have resettled in the United States.

“Erie is home to two refugee resettlement agencies, Catholic Charities and the International Institute of Erie, so we have students who live in the area but are from other countries, such as Nepal, Bhutan, Somalia, Iraq, Congo, and the Central African Republic,” Madigan said. “It really helps make Behrend a cultural melting pot.”

From this perspective, it could certainly be said that Penn State Behrend is working to give students the world.