Getting to Know the New Chancellor 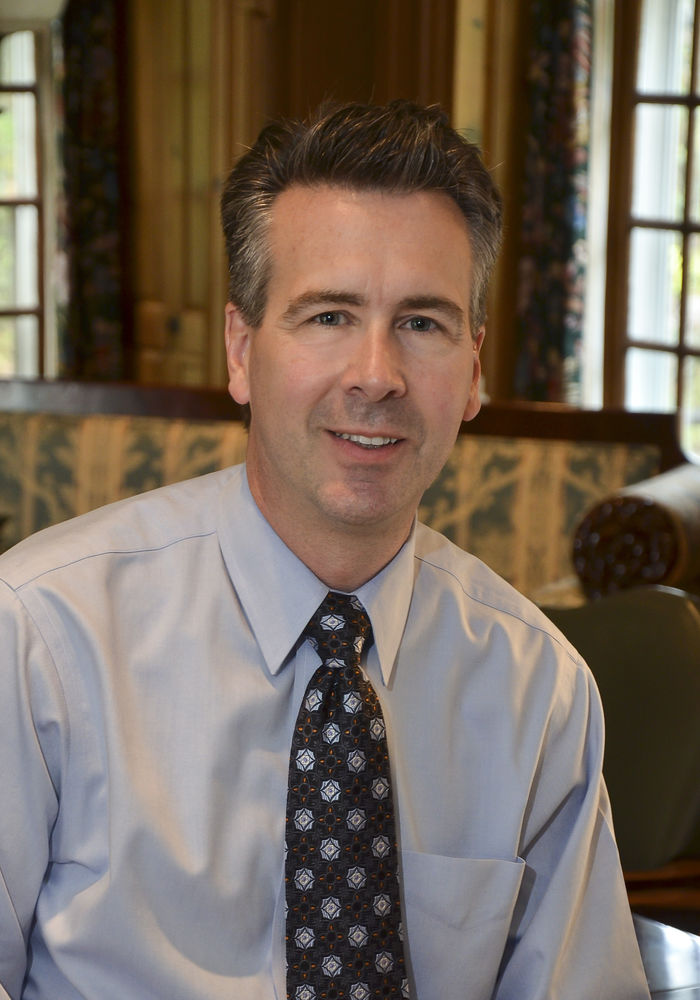 Penn State Behrend Chancellor Ralph Ford discussed support for entrepreneurs during a Sept. 27 program at the Jefferson Educational Society. "Universities have always had a significant role in these systems," he said. "We're one of the key ingredients."

After a nationwide search, Dr. Ralph Ford was named Chancellor of Penn State Behrend. Ford is a familiar face on campus, having joined Penn State Behrend in 1994 as an engineering faculty member. Over the years, he served as an academic program director and in senior leadership roles. He was formerly the director of the School of Engineering and associate dean for industry and external relations.

Behrend Magazine sat down with Chancellor Ford to go beyond his resume and learn a little more about the man behind the title.

Why did you want to be chancellor?
I’m fortunate to have been here long enough to have seen the college grow substantially, and I believe I can contribute to continued growth. I want to work in a larger capacity to represent Penn State Behrend. Also, I really like working with a variety of different people and you definitely have that in this position.

What is Behrend’s greatest asset?
The talents of the people—faculty, staff, and students—that we have here. They are the ones who drive change because they are engaged and committed to the institution.

Do you ever miss teaching?
Yes. I taught a class as recently as the last academic year, and I will miss that direct weekly connection to students. Teaching gives you a real sense of the issues and challenges that our students and faculty may be having.

How will you connect with students now?
The Student Government Association has already reached out to me and expressed interest in regular meetings. Also I’ve been meeting with students in the residence halls in “town hall” type meetings where we can just talk. I plan to continue those.

Most adventurous or dangerous thing you’ve ever done?
Road-bicycle racing. It’s pretty intense when you’re in a pack of riders descending and rounding corners at speeds of up to 50 miles per hour.

What’s on your iPod?
A little too much ‘80s alternative and ‘90s grunge music.

Who is your personal hero?
Abraham Lincoln. I’ve always admired his philosophy of “with malice toward none, with charity for all, with firmness in the right.”

Favorite place on campus?
Wintergreen Gorge. I hike and run there a lot.

What would people be surprised to know about you?
I was a wrestler in high school.

What’s the best part of working in academia?
We get to see the impact that we have in tangible ways. Our students go on to do incredible things, and it’s rewarding to know that we played a role in that.