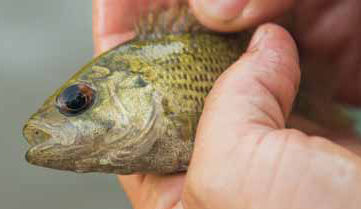 The National Oceanic and Atmospheric Administration’s National Sea Grant College Program has awarded Sea Grant College status to Penn State, which conducts coastal research through a program based at Penn State Behrend. The designation makes Penn State one of only two universities with land, space, sea, and sun grant status.

The college established Pennsylvania Sea Grant, a collaboration of the University, the Commonwealth of Pennsylvania, and NOAA, in 1998. Since that time, the program has administered more than $17 million in projects, including nearly $3.4 million in applied research, highlighted by studies of fish tumors, fish habitats, and harmful algal blooms. Its study of deformities in bullhead catfish and sediment contamination was a key factor in the U.S. Environmental Protection Agency’s 2013 decision to delist Presque Isle Bay as an environmental “area of concern.”

By awarding college status to the program, NOAA elevates the work of Pennsylvania Sea Grant, linking the program’s staff to a national network of more than 3,000 coastal and Great Lakes researchers. Other sites include the University of Michigan, Ohio State University, and the University of Southern California.

“This validates our commitment to enhancing Pennsylvania’s coastal areas,” said Dr. Bob Light, director of Pennsylvania Sea Grant and senior associate dean for research and outreach at Penn State Behrend. “Our professional staff across the state has collaborated with numerous agencies, organizations, and individuals to sustain and add value to the state’s coastal regions, including Lake Erie and Presque Isle State Park.”

Pennsylvania Sea Grant has extended its reach beyond the Lake Erie watershed to include research, outreach, and advocacy supporting the environmental and economic health of both the Delaware River, which includes the world’s busiest freshwater port, and the Susquehanna River, the largest tributary to the Chesapeake Bay. This expansion of efforts led to Sea Grant's designation by the National Sea Grant College Program as an Institutional Program, with a statewide mandate and an expanded research portfolio. Pennsylvania Sea Grant has focused its leadership on three critical areas: healthy coastal ecosystems, resilient communities and economies, and education and workforce development. Field researchers have worked with collaborating organizations to address issues such as beach closings, bird deaths, climate adaptation, and aquatic invasive species.

The program has helped to conserve more than 1,600 acres of recreational and open space, including 2.6 miles of Lake Erie shoreline. It also led efforts to protect fishing access at numerous sites along Lake Erie and its tributaries, creating more than twenty acres of new public parks.

In 2010, the program’s staff and the NOAA Coastal Services Center developed a series of workshops that identified coastal risks in eastern Pennsylvania. That led to the creation of the Chester Climate Team, a coalition of planners and coastal outreach specialists. With the team’s input, the city of Chester became the first municipality in Pennsylvania to incorporate climate change concerns in its formal comprehensive plan.

Support for education programs across the state has had even more impact. Pennsylvania Sea Grant’s Shipboard Education Program has used chartered ships, including sloops, schooners, and research vessels, to provide lakebased learning opportunities for more than 12,000 students, teachers, and researchers. Many of the students are from disadvantaged urban areas and have never been on Lake Erie.

“The students who benefit from our programs won’t all go on to careers in science,” she said, “but they can all become environmental stewards. That could dramatically improve our environment, our health, and our economy.”