Penn State Behrend is adding two new programs to its slate of athletics offerings: wrestling and women’s bowling. Wrestling returns to campus after a thirty-eight-year absence. When Behrend offered NCAA wrestling from 1967 until 1978, the team used Erie Hall for practices and home matches. Wrestlers will again use that space beginning in the fall of 2017.

Women’s bowling is a new sport for the college. Bowling is a $6 billion business and a competitive sport at all levels, including in Pennsylvania’s high schools. Behrend’s team will compete in the Allegheny Mountain Collegiate Conference (AMCC), with practices and home matches held at local bowling lanes.

“These sports will help to draw more high-achieving student-athletes to our campus,” said Brian Streeter, senior director of athletics. “Both sports reward students who are driven by individual success. Those tend to be good students who are determined to achieve, both in and out of the classroom, and who have the time-management skills to make that happen.”

Penn State Behrend’s student-athletes compete at the NCAA’s Division III level. The college fields twenty-four teams and has for the past twelve years won the AMCC President's Cup, which honors the top overall athletics program in the conference.

Behrend’s student-athletes also excel in the classroom: 63 percent of them maintain a cumulative grade-point average of 3.0 or higher. 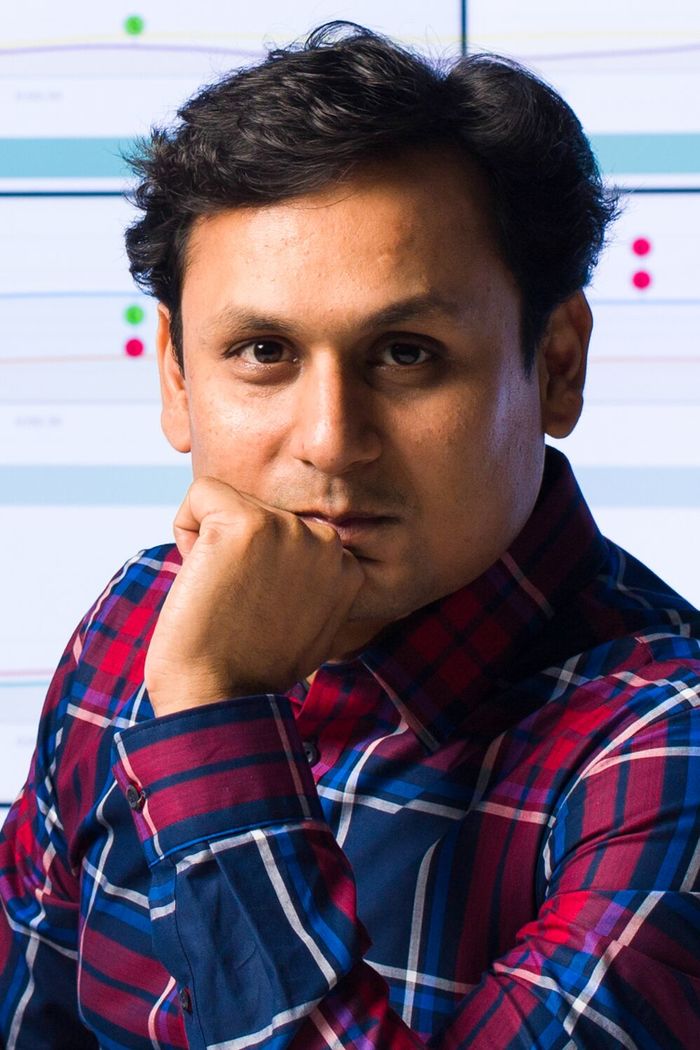 Ehsan Hoque, a 2004 graduate of Penn State Behrend, has developed a computer program that can read users' body language, eye contact and smile intensity. MIT Technology Review has named him one of the top 35 innovators under the age of 35.

Every one of us has forty-three muscles in our face that can be combined to create 10,000 unique expressions. Imagine programming a computer to interpret all of them. And, when you’re done with that, add in the other factors that affect social interaction – body language, culture, gender, and more.

That’s a word that doesn’t compute for Dr. Ehsan Hoque ’04, left, a Penn State Behrend Computer Engineering graduate who was recently featured in MIT Technology Review as one of the top 35 innovators under the age of 35. He was recognized for developing two computer technologies— MACH (My Automated Conversation coacH) and ROCspeak—that train people to excel in social settings.

In MACH, a virtual businesswoman has been programmed to recognize the user’s expressions and statements. She can also nod, smile, and even ask questions. At the end of the conversation, the businesswoman gives users feedback about their interpersonal performance, including body language, intonation, and eye contact. ROCspeak is a pared-down mobile version free for anyone with internet access to use.

The programs are useful to all kinds of people, including customer service representatives, students with looming classroom presentations, and individuals preparing for a big date or a job interview. They can also help those who have social anxiety or challenges such as Asperger syndrome.

Hoque, who earned his Ph.D. from MIT, is an assistant professor of computer science at the University of Rochester. He said he enjoys being able to use his skills to make a real-world impact.

Also in the News:

School of Engineering alumna Tiffany Beers ’02, a senior innovator at Nike, was recently featured in Wired magazine and appeared on the Today show in November to discuss the Nike HyperAdapt 1.0 shoe, a self-lacing sneaker she engineered in Nike’s Innovation Kitchen. 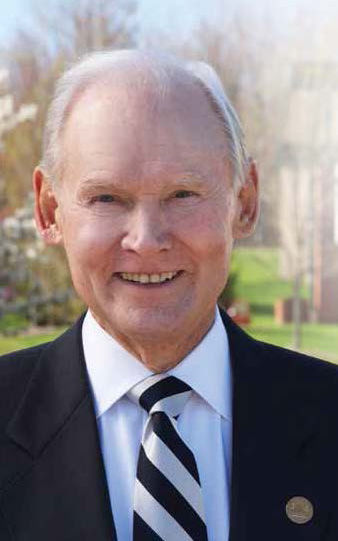 Edward P. “Ted” Junker III, a Penn State trustee emeritus and member of the Penn State Behrend Council of Fellows for more than forty years, died December 10. He was 79.

Junker, a 1959 graduate of Penn State’s College of Health and Human Development, and his late wife, Barbara ’57, were extremely generous in supporting Penn State Behrend— establishing both the Edward P. and Barbara F. Junker Scholarship for students who demonstrate leadership traits and the Barbara F. Junker Trustee Scholarship. Since 1987, more than 200 scholarships have been awarded thanks to the Junkers’ generosity. The couple also made a $2 million gift commitment that enabled the construction of Junker Center.

“Ted was equally generous with his time and expertise,” Chancellor Ralph Ford said. “He was active and enthusiastic in every endeavor, and his death is a significant loss for Penn State and for the Erie region.”

Junker, a former chairman of the Penn State Board of Trustees, was the retired vice chairman of PNC Bank Corp. and the retired chairman and chief executive officer of PNC Bank, Northwest Pennsylvania. He served on the University’s Board of Trustees from 1986 to 2010 and was named a trustee emeritus in 2010. He had served on the Penn State Behrend Council of Fellows since 1974, including a term as chairman.

He is survived by three daughters – Elizabeth “Liz,” Barbara, and Susan. All three are Penn State graduates, as are five of his grandchildren.

Penn State Behrend graduate Shawn Morelli ’98, a soccer player who turned to cycling after being injured by a bomb blast in Afghanistan, won two gold medals at the 2016 Paralympics in Rio de Janeiro this past fall.

Morelli, 40, finished first in the 3,000-meter C4 individual pursuit, a track race, and in the C4 road race category, a 9.3-mile distance event.

Morelli graduated with a degree in History in 1998 and also played softball for the Behrend Lions. She later played for the All Army Women’s Soccer Team. She was featured in the summer 2016 issue of Behrend Magazine, which published before Morelli competed.

Morelli lives in Colorado Springs, where she is working on a Ph.D. in public and community service. She coaches a high school soccer team, mentors youth at a local community center, and speaks to health classes. 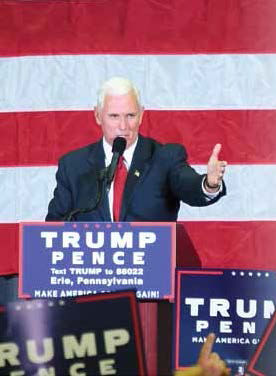 This fall, students were able to experience a political rally firsthand when vice presidential candidate Mike Pence visited the college while campaigning.

Pence spoke to a large crowd in Junker Center’s gymnasium the day before the election.

School of Engineering ranked among the best

New rankings by U.S. News & World Report place the School of Engineering at Penn State Behrend among the top 50 undergraduate programs in the nation. The college appears at No. 42 on the list.

Other Penn State Behrend programs were not eligible to appear in the rankings. U.S. News evaluates colleges and universities based in part on their academic accreditations; within the Penn State system, most programs are accredited University-wide, with no distinction among locations.

With the opening of the Advanced Manufacturing and Innovation Center (AMIC) in Knowledge Park and the Innovation Commons idea lab and maker space in Burke Center, the college continues to advance its open lab model of learning and discovery.

Our collaboration initiatives are gaining attention, both in and beyond Erie

In the open lab model, business and industry, faculty members, and students are engaging in research and development as teams—exploring ideas, advancing technologies, and developing and refining products and services. It's a win-win proposition, with students gaining valuable experience while helping to advance the work of business and industry partners.