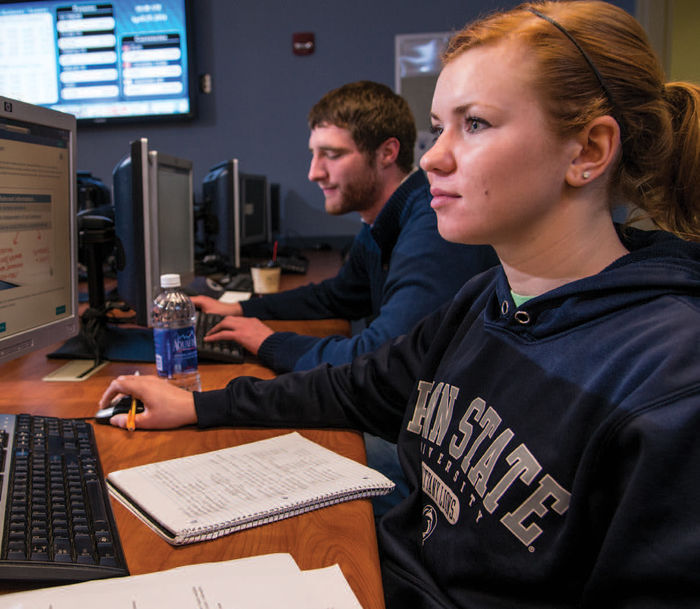 Encouraged by the students’ work, the Intrieri family and Samuel P. “Pat” Black have each agreed to add $150,000 more to the fund, giving students an additional $300,000 to manage

The Intrieri Family Student Managed Fund, established in 2011 with a $100,000 gift by Vincent Intrieri ’84, and his wife, Joanne, is now valued at more than $300,000. A portion of that growth has come from additional donors, although most of it is from returns on investments made by Penn State Behrend students.

“Since October of 2012 through the end of 2016, the fund has averaged an annual return of approximately 16 percent, while the fund’s benchmark has returned an average of 14 percent,” said Dr. Timothy Krause, assistant professor of finance and director of the fund. “In 2016, the fund soundly beat the 9.52 percent performance of the benchmark with a 17.54 percent return.”

“When the fund hits $1 million, it will lead to another fund that will generate scholarship money for students working on the fund,” said Kevin E. Moore, interim director of development and alumni relations.