A leader wherever he lands 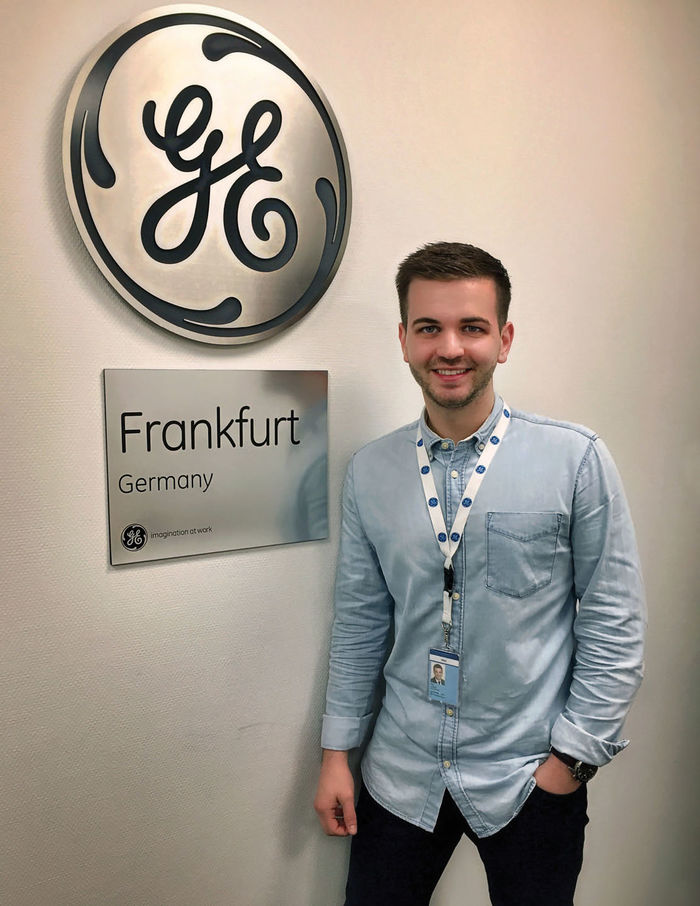 Paul Lukasik ’15 was a standout student at Behrend, where he not only excelled in the classroom but also in leadership and service as well. It’s why the college named a major leadership award the Paul Lukasik Servant Leadership Award in his honor.

So it’s no surprise that the Project and Supply Chain Management alumnus is a standout in the corporate world. Following his graduation from Behrend, Lukasik accepted a position in GE Transportation’s Commercial Leadership Program, a two-year rotation that supports the development of commercial operations, management, and sales.

For his final rotation this spring, he was given the opportunity to move to Frankfurt, Germany, where he is working as the project manager in the company’s Asset Performance Management team.

“My job is to lead the project team and manage the deployment of our products across the UK, France, Poland, and Germany,” Lukasik said. “Ultimately, the main goal of the project is to help our customers prevent locomotive failures by providing predictive analytics on their existing assets.”

It was a whirlwind move that landed the young graduate in a completely unfamiliar environment very quickly.

“Once I accepted the position, things moved very fast,” he said. “In a matter of weeks, with a lot of help from friends and family, I packed up my apartment, applied for a visa, and was on a plane to Frankfurt.”

We caught up with Lukasik, who also earned minors in both Marketing and Sustainability Leadership, to learn more about his career choice, his new job, and his move to Germany:

What do you enjoy about PSCM? Project management is exciting. It requires you to be customer-centric and at the forefront of all activities related to a project, good and bad. Early on, I received some great advice from a coworker who told me, “Keep it real with the team and always ask ‘that question.’” I learned the importance of being authentic and how it can build a bridge for two-way trust.

How long will you be in Frankfurt? I’m expecting to be here until March 2018, a full year. My goal is to get the project to a place where it can run itself, then hand it over to the local team.

How difficult was it to pack up and move across the globe? It was pretty tricky. I was provided with a five-foot-by-five-foot box to pack my belongings in. GE then sent me and my box to Frankfurt. Everything else was either put in storage, sold, or donated.

Do you speak any German? Nein (that’s “no” in German). I’ve picked up enough phrases to get by. It’s a very difficult language to learn but with Frankfurt being such an international city, it’s unusual to find anyone who doesn’t speak English.

What has been the best thing about living in Germany, so far? I love the city life! Frankfurt is a great multicultural city that has plenty of authentic food, countless festivals, and a great mix of high-rise buildings and green space.

What has been the most surprising adjustment? The language. While almost everyone speaks English, all the signs and such are in German. My first couple of trips to the grocery store were a disaster. They had completely different foods, strange ingredients, and unfamiliar brands. It’s turned a generally simple task into something very difficult.

Have you had time to sightsee or explore? Yes, I’ve enjoyed a good balance between work and fun. I’ve been able to explore Ireland, Scotland, England, France, the Netherlands, and a handful of cities in Germany. Frankfurt is a fantastic hub for traveling.

You were very active in service work in the States. Are you still? It’s been fairly difficult to find service work to get involved with here in Germany. I have taken on a more active role at the church I attend here, though. I volunteer my time on the production team helping with audiovisuals on Sunday mornings.

What’s in the future for you? If there’s anything I learned from this job, it’s the need to stay flexible. Project management work is dependent on new business and that often requires relocating at the last minute, so who knows what the future holds? Ideally, I would like to move back to the United States and take on a new project.