The changing face of engineering 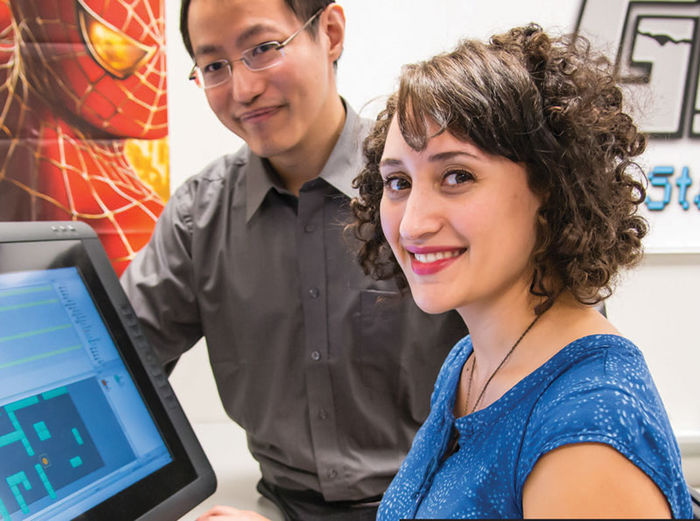 Engineering is sometimes viewed as an industrious, few-frills career path, but that old-school outlook couldn’t be further from the truth for today’s progressive engineering firms. We talked with one such company that happens to be led by a School of Engineering graduate.

As a young engineer, Ron Crowl ’83 dreamed of working for his ideal company, one where he would look forward to going to work every day. A stable company, but with the energy of a startup. A company that had heart, understood the value of relationships, and cared deeply about its customers and employees.

Not only did Crowl find that company, but now he leads it. He is the president of FeneTech, a leading provider of Enterprise Resource Planning software for the glass fabrication and window and door industries. It’s a company that he calls the realization of his dream.

“We work together to solve real-world problems,” he said. “We are stable, but motivated to grow. We care, we travel, we have fun, but we work hard, too.”

At FeneTech, employees can nosh fruit on Wellness Wednesdays, indulge in $2 in-house chair massages every other week, sip free coffee, and hop on a company bicycle to take the one-mile trip to a sister facility. They can appreciate world-class art in the hallways, participate in workshops to learn about new market trends and technology, and compete against colleagues in friendly fitness competitions. These are just a few of the employee-driven perks.

“We have employees actively involved in creating an atmosphere that is enjoyable to work in,” Crowl said. “As professionals, we spend a great deal of time here, so why not make it as enjoyable as possible? All of these things help create a positive corporate culture that drives our business and our success.”

The company is based in Aurora, Ohio, but also has an office in Bertrange, Luxembourg. Between the two facilities, Crowl oversees about sixty employees, several of them alumni of Penn State Behrend’s School of Engineering, where Crowl earned an associate degree in Electrical Engineering Technology in 1983. (He earned his bachelor’s degree from Rochester Institute of Technology in 1986.)

“Making opportunities available to Behrend students is one way I can give back to the college,” said Crowl, who also has served on the School of Engineering’s Board of Visitors. “We find Behrend grads well-prepared and eager to work.”

Two years ago, they found Krystal Elliott, a Software Engineering student, who did two co-ops at the company.

“The first year, I worked in the Quality Assurance department, where I helped test software,” Elliott said. “The next summer, I worked in software development.”

“In my sophomore year of classes, I was struggling a little to understand some of the concepts,” she said. “But at FeneTech, I was able to see the system as a whole, and how I could apply that knowledge. It was really helpful.”

Crowl said the benefits were mutual. “Krystal’s contributions were widely recognized,” he said.

Elliott won’t be returning to FeneTech this summer as she was recently accepted into GE’s Information Technology Leadership Program.

“I’m really excited about the ITL program because I want to be in a tech leadership position someday,” she said. “But I will miss the $2 massages at FeneTech.”

Krystal Elliott’s co-op at FeneTech not only helped her gain experience, but $50, too, as she also was chosen as the winner of the Academic and Career Planning Center’s annual Ultimate Internship Contest. “We really encourage students to do internships because it gives them a chance to explore their industry,” said Katie Robb Sewall, internship and career counselor.