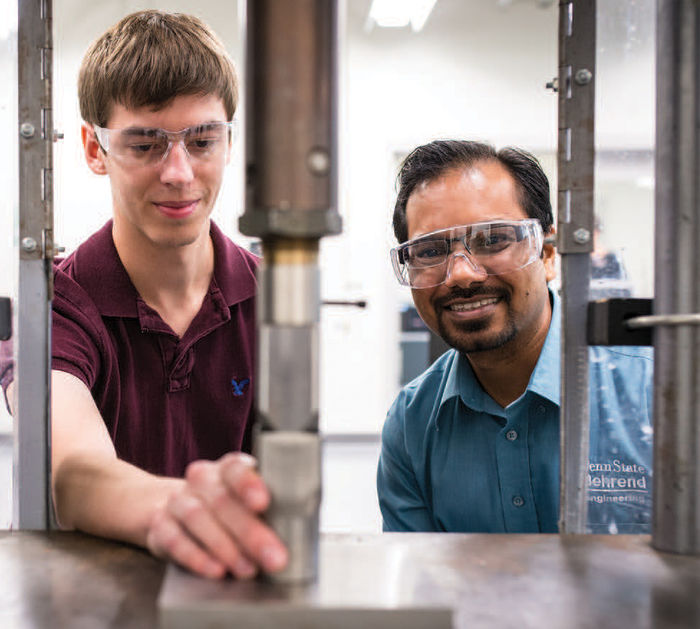 U.S. News & World Report places Penn State Behrend’s School of Engineering among the top 50 schools where the highest degree offered is a master’s.

U.S. News & World Report places Penn State Behrend’s School of Engineering among the top 50 schools where the highest degree offered is a master’s.

Other top programs in the U.S. News 2017 rankings include the Rose-Hulman Institute of Technology, Harvey Mudd College, the U.S. Naval Academy, and the California Polytechnic State University.

“This ranking is a reflection of our excellent students and alumni, who are highly sought after by employers and graduate schools,” said Dr. Russ Warley, interim director. “It’s also an endorsement of our rigorous, design-oriented academic programs and our commitment to research and outreach in an open-laboratory environment.”

The conference theme, “The Crossroads of Engineering and Business,” aligned with Behrend’s open-lab model of learning, in which students and faculty members work side by side with engineers, research technicians, and others from business and industry to explore ideas, advance technologies, and refine products and services.

The conference, which drew engineers and educators from twenty-five countries, was sponsored by the Institute of Electrical and Electronics Engineers (IEEE) Education Society, the IEEE Computer Society, and the Educational Research and Methods Division of the American Society for Engineering Education (ASEE).

Penn State is now offering its first-ever online engineering degree, and it is being taught by faculty members from Behrend’s School of Engineering. The first classes in the new online Bachelor of Science in Software Engineering will be offered through Penn State World Campus with the start of the University’s fall semester in August.

The new degree program comes at a time of increased demand. According to the U.S. Department of Labor’s Bureau of Labor Statistics, the number of jobs for software engineers is projected to increase 17 percent through 2024, a rate that is much faster than the average for all jobs in the country. The bureau attributes the rapid growth forecast to increasing demand for computer software, including applications on mobile devices and tablets. 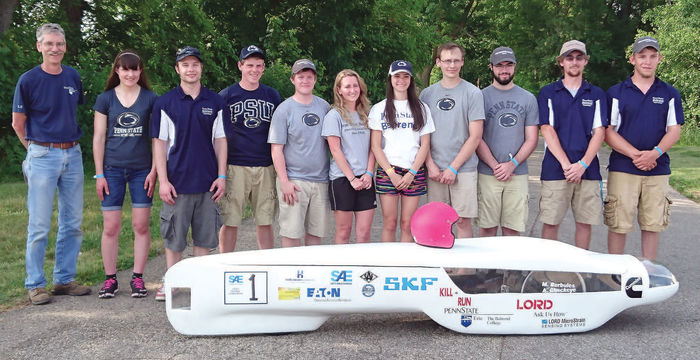 Penn State Behrend’s Supermileage team exceeded its fuel efficiency goal by 500 miles per gallon at the 2016 SAE Supermileage Challenge, and took second place overall in the competition. The team’s car delivered 2,500 m.p.g. at the competition, which was held at Eaton Corp.’s Marshall Proving Grounds in Michigan. The team works throughout each academic year to design and build a vehicle that can squeeze the most miles out of a single tank of fuel.

Last fall, thirty-three Plastics Engineering Technology majors embarked on a ten-day trip to Germany. They visited Frankfurt and Cologne before attending the K Show, the world’s largest plastics conference, which draws industry leaders and innovators from around the world. While in Germany, students also had the opportunity to tour Arburg (an injection molding machine manufacturer), the University of Applied Sciences Rosenheim, the Mercedes-Benz Museum, the Porsche Museum, and Neuschwanstein Castle.