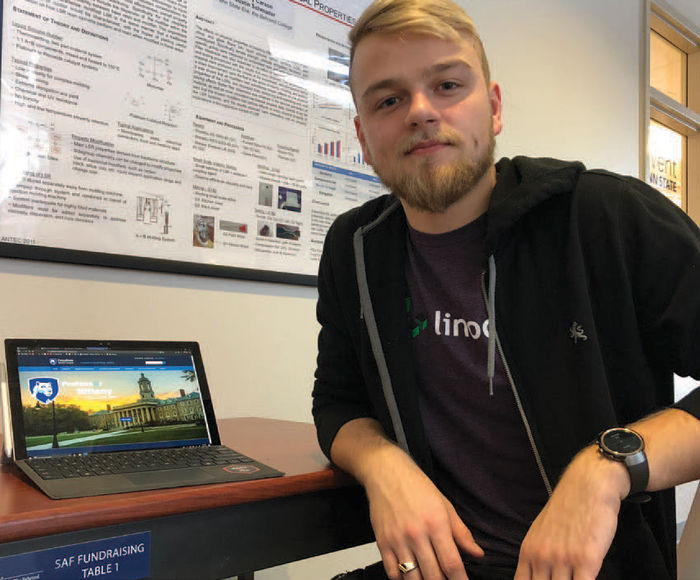 Penn State’s resources are immense. But for an outsider or new student, the University’s size and systems can be daunting. A little help from a friend can go a long way.

Still in its alpha-test stage, Professor Nittany is a question-answering chatbot designed to help students with advising questions. The concept was first developed by Dr. Meng Su, associate professor of computer science and software engineering, and Xiaoyu Zhou, who graduated from Behrend in December with degrees in mathematics and computer science.

The test version of the bot was developed and programmed for Penn State World Campus. With the help of Dawn Coder, director of advising for World Campus, Su and his team were able to aggregate applicable information for the bot.

The project team, which consisted of student developers Zhou, Daniel Kovalevich, Kun Wang, and Bote Xu, secured $5,000 in grant funding after being named one of the top ten proposals at the 2017 Nittany Watson Challenge, a competition in which teams of faculty, students, and staff compete for grant money by utilizing IBM Watson, the question-answering system Professor Nittany is based on, to improve the student experience at Penn State.

In the fall, the project received an additional $10,000 grant after its minimum viable product (MVP) was showcased at Nittany Watson Challenge Demo Day. Although still in its relative infancy, Professor Nittany is capable of answering more than 2,500 questions related to Penn State World Campus.