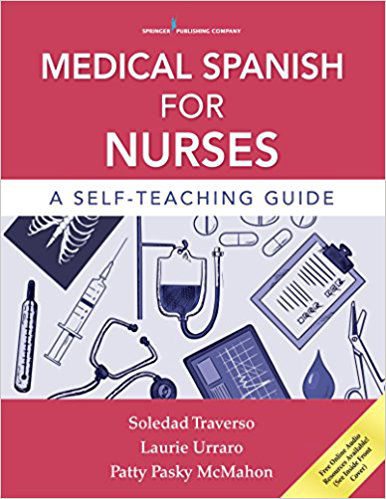 Several years ago, Dr. Laurie Urraro, lecturer in Spanish, was visiting a colleague, Dr. Soledad Traverso, professor of Spanish, in the hospital when a nurse overheard them speaking Spanish. She asked for help with a few basic words, explaining that while the hospital employed interpreters, there were sometimes gaps when one could not be reached and she wished she knew a little of the language.

In an effort to keep up with demand and reach health care workers beyond Erie, Traverso and Urraro teamed up with Dr. Patricia Pasky McMahon, director of the college’s Health and Wellness Center, to write a self-teaching textbook, Medical Spanish for Nurses.

The guide is designed for those with no experience speaking Spanish and includes on-line audio help to provide correct pronunciation and prepare learners for a wide array of medical situations. The book uses a step-by-step approach with plenty of examples, question-and-response scenarios, vocabulary quizzes, anatomy identification, summary exercises, and even tips on cultural competence.

The text is now available at bookstores and online book sellers.

Guy Reschenthaler ’04 was named by City and State Pennsylvania magazine as one of forty “Rising Stars in Pennsylvania” under the age of 40.

Reschenthaler, a Political Science graduate, joined the U.S. Navy Judge Advocate General’s Corps shortly after graduating from law school in 2007. After assignments that included prosecuting terrorists in Iraq, he moved back to his hometown of Pittsburgh in 2012 and was elected a district judge. Two years later, Reschenthaler, a Republican, was elected to the state Senate to represent the citizens of the 37th Senatorial District.

The magazine cites Reschenthaler’s “passion to serve, ability to foster concord, and focus on criminal justice reform” among the reasons for including him in its list of “rising stars” in Pennsylvania politics. Read the story at cityandstatepa.com. 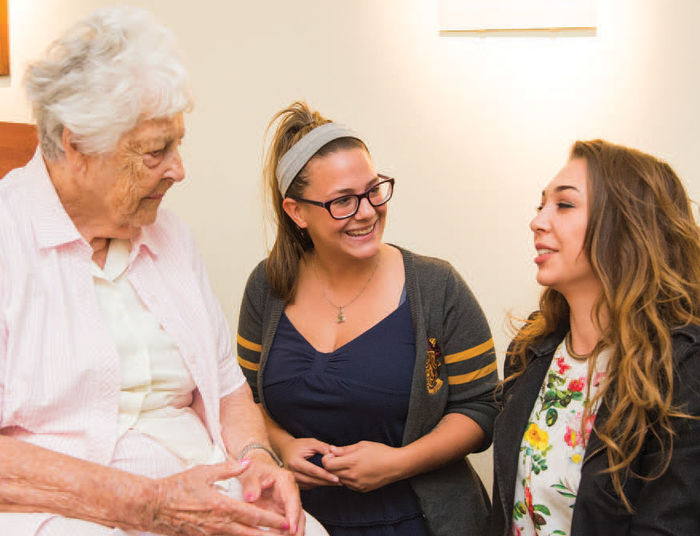 A $50,000 gift from Patricia S. Yahn and her son, Greg Yahn, is being used to expand and improve the college’s spring art show. The gift allows organizers to recruit jurors and award art supplies to the division winners; it also provides resources for students in the college’s Arts Administration major, who are assuming a larger role in planning, producing, and marketing the show. More than thirty students submitted works this year.

In recognition of the gift, the annual show has been named the Patricia S. Yahn Student Art Show. The late Walter Yahn, a 1952 graduate of Penn State, first proposed the endowment as a way to honor his wife, a watercolorist who began her career creating advertisements for Trask department store in downtown Erie before opening a home design business, Interiors of Erie.

The Yahn family has long supported the college, most visibly with funding for Yahn Planetarium at Penn State Behrend.

The art show endowment, in addition to honoring his mother, reflects an effort to balance the family’s philanthropy across the college, said Greg Yahn, who earned a bachelor’s degree in Industrial

Students in Penn State Behrend’s Arts Administration program—an interdisciplinary major launched in 2012—are finding new ways to showcase individual artists and the community that supports them.

Seniors in the program plan and stage arts events as part of a required capstone project. They orchestrate every aspect of the event, including logistics, marketing, sponsorships, and sales support for the artists. This year’s events included pop-up exhibits, a cabaret-style concert, a meet-and-greet networking event, and a crafting program that featured Erie folk artists.

“You can sit in a class and theorize all you want, or write a ten-step plan for how to pull off an event,” said Abagail Johnston, who developed the folk-art program, which was held at the Erie Zoo. “But when you actually have to do it, and you have to solve all the little problems that come up, that’s when you really learn what you can do.” 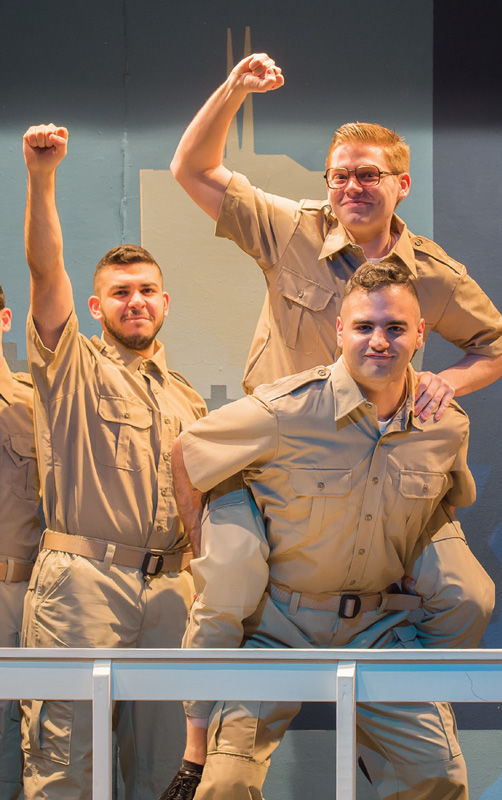 The college’s spring 2017 stage show was Dogfight, a two-act musical that explores love, war, and friendship. All six performances at the Studio Theatre sold out.