Student By Day, Star By Night 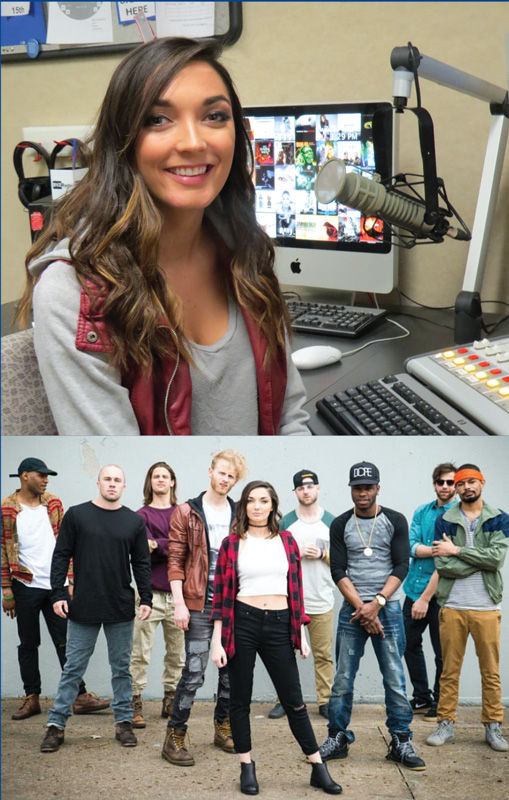 Christa Schonthaler, who studied Communication at Penn State Behrend, also sang with popular Erie band The Romantic Era while she was a student.

For the past four years, Christa Schonthaler juggled not just the busy schedule of an involved college student, but also the demands of being a singer in a successful and popular Erie band, The Romantic Era.

Schonthaler had recently graduated from high school when The Romantic Era, in need of a female singer, saw videos she had posted to YouTube and invited her to join the then all-male band.

“I’m the only woman in the group, so it’s like I have eight big brothers,” she said with a laugh.

The diverse group performs original pop-EDM music and has done shows all over the country from Stadium Red in Manhattan to Fenway Park in Boston. Most recently, they performed in Beverly Hills, California.

“Music is my number one passion,” Schonthaler said. “I’ve been singing since I could talk and cannot imagine my life without it.”

That is why she decided to major in Communication with a focus in radio production.

“Whether I sing or not, I want to work in the music industry,” she said. “I am also very comfortable talking to people, so Communication fit my personality, desires, and interests.”

While at Behrend, Schonthaler was involved with BVZ Radio and did an internship at Happi 92.7, an Erie pop radio station, where she dabbled in all aspects of radio from promotions and social media to on-air broadcasting. All this while maintaining impressive grades.

“I’m proud of having been on the Dean’s List my last six semesters,” she said. “It was rewarding to earn that while balancing school, work, and the band.”

Schonthaler, who graduated in May, plans to continue singing with The Romantic Era while also pursuing a job in radio.