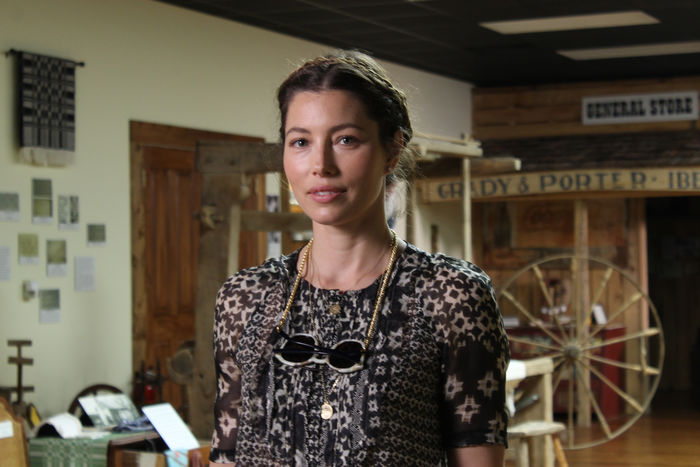 A recent episode of TLC's "Who Do You Think You Are?" explored the family history of the actress Jessica Biel. The experts she consulted included Joseph Beilein, an assistant professor of history at Penn State Behrend.

When the producers of the TLC celebrity genealogy program “Who Do You Think You Are?” needed an expert in Civil War court records, they contacted Dr. Joseph Beilein, an assistant professor of history at Penn State Behrend.

Beilein had just published a book, Bushwhackers: Guerrilla Warfare, Manhood, and the Household in Civil War Missouri. He knew how to find and analyze the hand-written transcripts of military commission hearings, which would be central to the TLC program’s narrative.

He would be working not only with the show’s producers, but with a guest star—the actress Jessica Biel, who starred in “7th Heaven” and is married to the actor and singer Justin Timberlake. Biel hoped to learn the fate of her great-great-great-grandfather, Francis Marion Brazier, a Confederate who was sentenced to a year of hard labor at Alton Prison in Illinois.

Brazier fought just once, at the Battle of Prairie Grove. There, on December 7, 1862, two well-matched armies fought for control of northwestern Arkansas. In the end, Beilein said, the Confederates retreated.

“He was just trying to live his life,” Beilein said. “He sympathized with the South, but he clearly was not gung-ho about going to war.”

The war upended southern home life. “The men went out to fight, and the women operated a sort of domestic supply line, using kinship networks,” Beilein said. “They made bullets, hid gunpowder and cared for the horses.”

Brazier returned to find a pro-Union home guard in control of his community. Fearing for his life, he went into hiding.

Eventually, he surrendered. He was sent to Alton, a prison near the Mississippi River. The facility was built to hold 800 inmates. When Brazier arrived, the population was nearing 1,500.

The men, mostly Confederates, were malnourished, with inadequate clothing for an Illinois winter. A smallpox epidemic killed so many that sick prisoners were banished to tiny McPike’s Island. More than 1,000 men died there.

Beilein met with Biel at the National Archives in Washington, D.C. They talked on camera for nearly two hours.

“I really feel like I’m understanding what the reality was for a family stuck in the middle of this thing,” Biel said as they reviewed the records while the cameras rolled. “There wasn’t an option to wave a white flag and say, ‘Just fight around me.’ It was, ‘Do what you can to stay alive.’”

The documents showed what happened to Brazier: On September 10, 1864, he and several other inmates attempted an escape. Brazier was shot and killed as he swam into the Mississippi River.