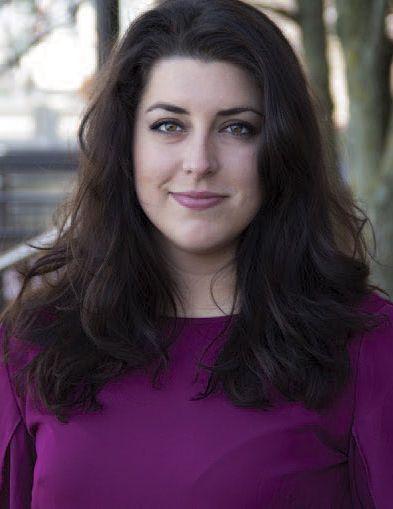 The Public Policy Fund at Penn State Behrend launched with two days of programming that focused on the redevelopment of Detroit, where slow-roll bike clubs, public art projects, and greenway parks have transformed the city’s urban spaces.

“Detroit is a perfect case study,” said Caitlin Handerhan, executive director of the fund, which is based in the political science program. “Like Erie, it had a Twentieth Century manufacturing base. With that come the challenges of aging infrastructure and the need to adapt the urban environment for a younger population, which expects different things from a city.”

The two-day forum Handerhan coordinated in March—a photo display and discussion by Andrew Moore, whose art documents the deterioration of urban spaces; a presentation by the novelist and New York Times writer Reif Larsen; and a panel discussion about “the Twenty- First Century American city”—was a fitting introduction to the fund, which brings an interdisciplinary and research-driven approach to public policy recommendations.

“To be effective at solving problems in their communities, leaders need to use integrative approaches that draw on knowledge, insights, and experiences from a range of disciplines,” Handerhan said. “The Public Policy Fund is uniquely positioned to support that.”

The expertise of the college’s faculty members—including Dr. Lena Surzhko-Harned, assistant teaching professor of political science—will inform the fund’s work, which will address policy questions in the health care, security, energy, and economic development sectors. Experts at other Erie-area universities and at the Jefferson Educational Society, where Handerhan moderated a congressional campaign forum in April, also will have an opportunity to contribute: The fund will provide grants—as much as $1,000 for students or $2,000 for faculty members—for policy-driven research studies, which may be published in an online Public Policy Review.

That research can guide local decision-makers, including elected officials, to empirically-sound interdisciplinary solutions to the most pressing problems in Erie and similar Great Lakes and Ohio River Basin communities.