A Summer at Sandia 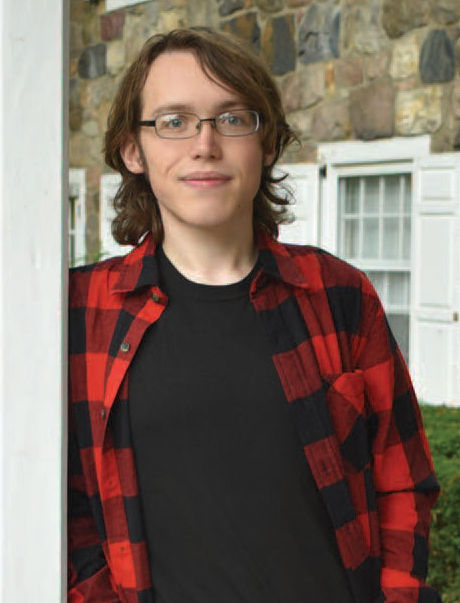 Some students spend their summer break relaxing at the beach, while others work part-time jobs or take an extra class. Then there are students like Dylan Langharst, a senior majoring in both Physics and Math, who spent his summer testing quantum computations at Sandia National Laboratories in Albuquerque, New Mexico.

Sandia National Labs is a major national government research lab with over 10,000 employees and is one of only three national nuclear security labs in the country,” said Dr. Chuck Yeung, professor of physics.

“The labs’ motto, which one ends up knowing by heart after working for them, is ‘Exceptional service in the national interest,’” Langharst said. “Everything they work on, directly or indirectly, at Sandia is connected to national security. I didn’t necessarily see my research in that light; I just wanted to do physics.”

Langharst worked in the Quantum Computing department at Sandia, which is operated by the United States Department of Energy. “In essence, my internship involved experimenting on a quantum computer to see if it acted in an unexpected or unanticipated way.”

A little background: Quantum computers use the power of atoms to perform memory and processing tasks. In areas of computing in which the traditional laws of physics no longer apply, scientists will be able to create processors that use quantum mechanics to solve problems a million or more times faster than the ones we use today. However, quantum computing is incredibly complex.

“IBM has a publicly accessible quantum computer with five quantum bits, or qubits,” Langharst said. “The Sandia labs have a partnership with IBM, and my job was to run a bunch of quantum gates on the electrons to get back results. Based on the results I received and the quantum gate I requested, I could use quantum mechanics and statistics to calculate the gates I actually used. Then, I could tell IBM, ‘Hey, I told your computer to use this quantum gate, but it didn’t do it. Instead, it used this gate.’ IBM would then use this information to improve the quantum computer.”

Langharst said he enjoyed the work and learned much from the experience.

“I spent the first two weeks learning how to code in Python (a programming language) and graduate-level quantum physics,” he said. “By the end of the summer, I learned that I really enjoy theoretical math and physics, but am not a big fan of experimental physics.”

When he wasn’t working, Langharst could be found tackling other huge obstacles.

“The Sandia Mountains are amazing,” he said. “On cloudy days, they reminded me of the Misty Mountains from Lord of the Rings. It was a fun experience to be able to hike whenever I wanted to.”

Langharst, who will graduate in May, plans to attend graduate school and study either quantum field theory or general relativity.