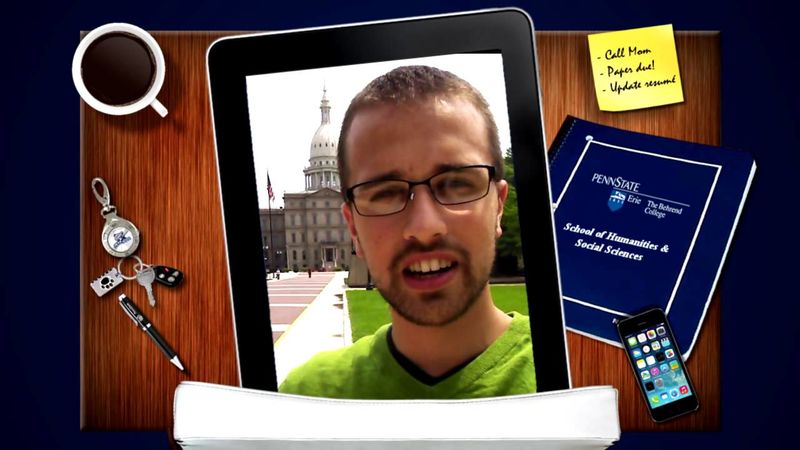 Please read Internship Programs and Policies for information on how to find internships and how to obtain academic credit.

Recent political science students have interned in the following offices:

Penn State Behrend has a comprehensive support system to help you identify and achieve your goals for the classroom and beyond. Meet with your academic adviser often and take advantage of the services offered by the Academic and Career Planning Center beginning in your first semester.

Employers Are Looking For You! There are 466 living POLSC alumni since the first major graduated in 1977.

Of those 378 alumni, the most common career paths are:

Note that numbers add up to over 100% because 20 alumni were counted in two categories, mostly government attorneys in both the law and government service fields.

Among the 74 alumni who work in the legal field are:

Some government attorneys work for:

Some of the corporate and non-profit counsels work for:

Among the 116 alumni who work as business professionals, 20 work in banking or finance, 13 work in insurance, and 13 work as sales professionals

Some of the business professionals hold the following positions:

Among the 53 alumni who work in education are:

Positions held by our alumni in education include:

Among the 76 alumni who work in government service:

Those with military careers are serving in the US Army, US Navy, US Air Force, US Coast Guard, and US Marines.

Outside of government service, 12 alumni currently work in public policy, and 3 alumni work as political activists

Among the positions of our alumni in politics and policy are:

Our remaining alumni work in a variety of fields, with health care, non-profit professionals, and entertainment among the most numerous careers. Jobs held by some of our alumni in these other fields include:

Among the law schools attended by our alumni since 2000 are:

Among the graduate schools attended by our alumni since 2000 are: