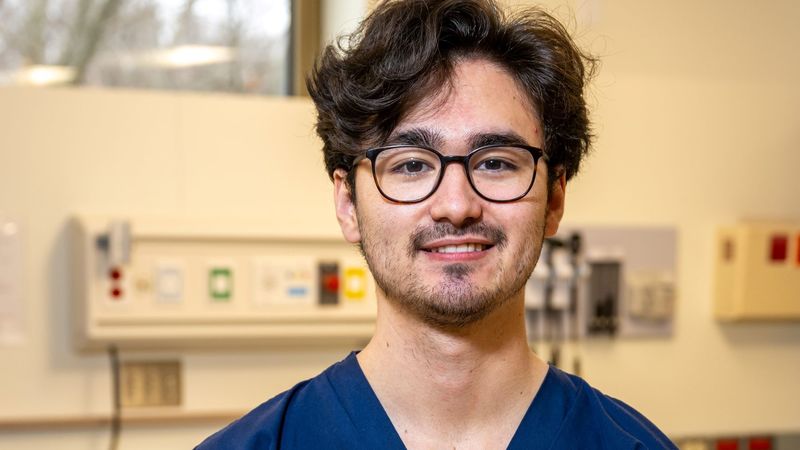 As a student in the nursing program at Penn State Behrend, Grant Oishi did clinical rotations at UPMC Hamot and Saint Vincent Hospital.

On his first shift in the intensive care unit at UPMC Hamot – Day One of a 10-week internship – Grant Oishi, then a nursing student at Penn State Behrend, saw the worst of the work ahead: He helped care for a patient who no longer had brain activity, and whose organs would soon be removed by transplant teams.

He stayed, though. He looked for ways to help.

“There was a lot of activity in the room, and everyone was moving really fast,” he said. “I just tried to do my part.”

He had started on that path in high school, back in State College. Friday nights were for football, and he’d be on the sideline at Memorial Field. He wasn’t on the team – he played lacrosse – but he shadowed the school’s athletic trainer. He’d watch the trainer tape toes, fingers, ankles and knees. Then, at home, he would practice on his own.

He enrolled in nursing school. Penn State Behrend felt like the right fit: He liked the size of the classes, the technology in the simulation labs and the fact that 95% of Behrend graduates pass the NCLEX – the National Council Licensure Examination – on their first attempt.

He earned a spot in the Schreyer Honors College, Penn State’s honors program, which brought an opportunity for research. Oishi worked with two Behrend faculty members – Samuel Nutile, assistant professor of biology, and Adam Simpson, assistant teaching professor of biology – to study oxidative stress in midges. The study explored why some insects that damage grape crops in Erie County become resistant to certain pesticides. The research experience also supported the next step in Oishi’s education: a nurse anesthetist program.

In addition to the research, Oishi completed clinical rotations, working in a nursing home and in the medical-surgical unit at Saint Vincent Hospital. But it was the 10-week rotation in the intensive care unit that had the most meaning for him, despite the rough start.

“It’s a challenge, and I like that,” he said. “The patients’ needs are really complex. A lot of them are on ventilators, and they all have different medications going into them. You have to think critically, and you’re constantly assessing, and reassessing.”

He prefers the night shift. The unit is quieter when families aren’t sitting by the beds. The nurses can better focus on the patients.

“It’s harder when the families are there,” Oishi said, “because some of your care has to be directed to them, instead of the patient. It’s not that they don’t need comfort, or education about what’s going on. They absolutely do. But at night, without all that traffic in and out of the room, you can take a little more time with the patient. You can really give them the attention they deserve.”

He has learned to look for incremental wins: a stronger pulse, or a reflex that wasn’t evident the night before.

“You do feel a connection, even when a patient is on a ventilator,” Oishi said. “You’re caring for them in an oddly intimate way, and they often don’t even know you’re there.

“It’s hard to describe, but there is something special about being able to take care of someone when they need care the most,” he said. “Any time you see an improvement in them, no matter how small, it’s gratifying. You know that all the work you have done, and that all the nurses on previous shifts have done, has made a difference.” 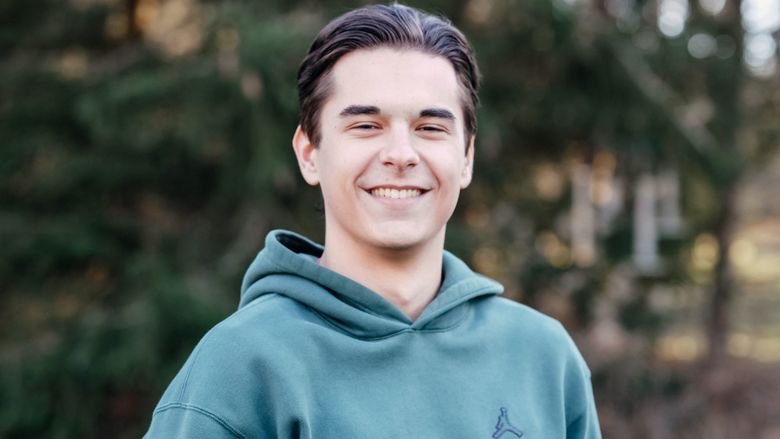