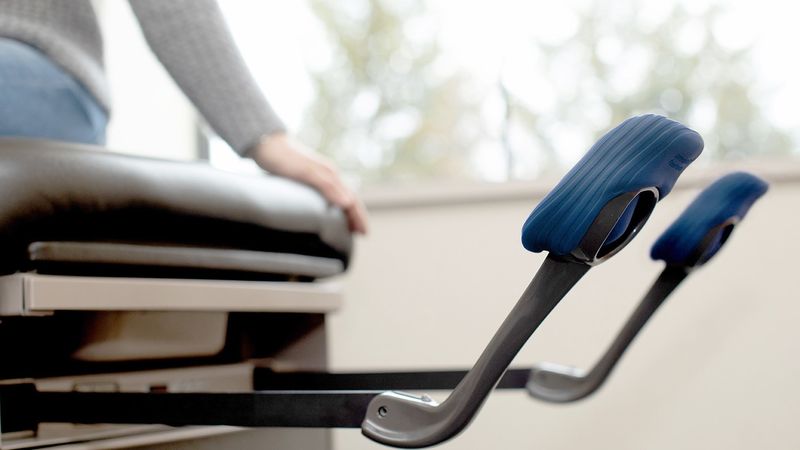 Dr. Autumn Bridger cares about the comfort of her patients, so it bothered her when a simple piece of equipment – the stirrups that support women’s feet during an exam – didn’t quite work.

“They didn’t fit right, or the angle wasn’t right, and they were cold,” said Bridger, a urologist. “Some doctors were covering them with socks, or even oven mitts. I thought, ‘There has to be a better way.”

Bridger tried to find a better stirrup design. When she couldn’t, she made one herself, with help from students at Penn State Behrend’s Innovation Commons.

Her Resilient Professional Foot Supports are silicon stirrup covers that are slip-resistant and easy to clean. They sell for $60 a pair.

Bridger and her business partner, architect Brittany Luea, developed the prototype over a period of three years. They molded the first version with clay.

At the time, Bridger lived in Meadville. She brought the clay model to Behrend’s Innovation Commons, an open ideation and prototyping space where students guide innovators and entrepreneurs through the early stages of product development. The Innovation Commons staff has assisted with more than 200 projects, including 11 products that are now on store shelves.

“Autumn knew what she wanted to do, and we were able to get her through a barrier that was holding her back,” said Jake Marsh, industry relations coordinator at Penn State Behrend. He oversees the Innovation Commons lab.

Bridger met with Michael Paul, an electrical engineering major who worked in the lab. He used a handheld 3-D scanner to copy the clay prototype and create a digital model that could be 3-D printed. That process enabled Bridger and Luea to inexpensively test different iterations of the mold.

“That was the first 3-D scanning we had done,” said Paul, who has since graduated. “It was my first introduction to that technology.”

Bridger and Luea used the Innovation Commons data and prototypes to test the foot supports in exam rooms. As they refined the mold, they created a company, comenityMED (https://www.comenitymed.com/), to sell the support covers.

“We couldn’t have done it as quickly, or as well, without the help we received from Innovation Commons,” said Bridger, who has relocated to her hometown of Boise, Idaho. “We owe a lot to them and their work.”

Innovation Commons opened in 2016 and was the pilot site for the Northwest Pennsylvania Innovation Beehive Network, a partnership of Penn State Behrend, Gannon University, Edinboro University, Mercyhurst University and Erie County’s Blasco Library. The Beehive sites offer assistance at every stage of the entrepreneurial process, from business planning and intelligence to product prototyping and branding.

Student employees at Innovation Commons and the other Beehive sites apply their classroom learning to market-bound entrepreneurial projects. Behrend students have been named on seven patent applications that developed through their Innovation Commons work.

Paul used the comenityMED project as an example of his work when he met with potential employers.

“The work we do in the commons is real,” he said. “It’s hands-on, and it involves a lot of collaboration with individual clients and companies as they try to solve specific problems. I don’t know what can prepare you for the workforce better than that.” 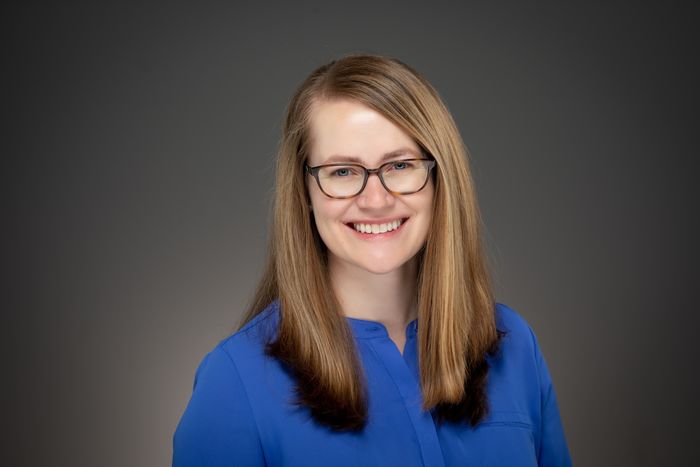 Dr. Autumn Bridger developed a silicone stirrup cover for use during medical exams. The design was refined by students in the Innovation Commons lab at Penn State Behrend.