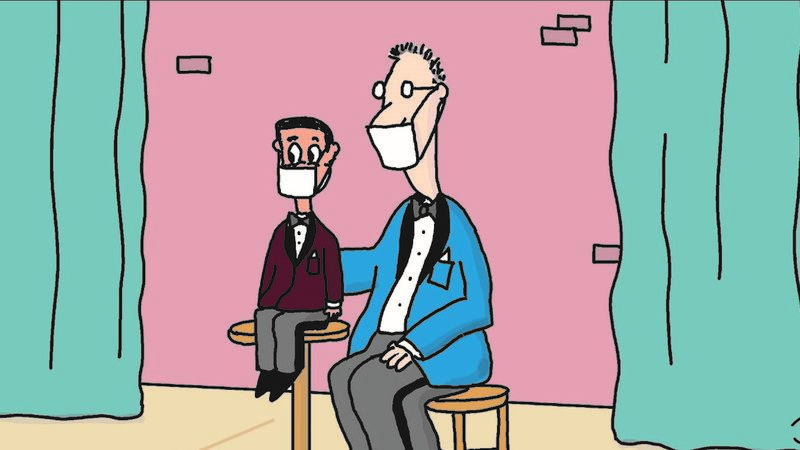 'Loose Parts' cartoonist 'learned enough to bluff my way through it'

Winning the Reuben Award – the top prize for comic-strip authors – wasn’t part of the plan for Dave Blazek, who attended Penn State Behrend. “I don’t really have a plan,” he says.

Comic strips, like board games, never age. The best-known titles have always been there, it seems: The “Peanuts” gang first appeared in 1947, in a strip titled “Li’l Folks.” They’re older than Candyland.

Dave Blazek’s “Loose Parts” is more like the board game Catan – a brainy upstart that reinvigorated the genre. In 2019, Blazek, an Erie native, won the Reuben Award, the highest honor bestowed by the National Cartoonists Society. In September, he won it again.

We asked Blazek, who attended Penn State Behrend before graduating from Penn State’s University Park campus in 1979, about the origin of “Loose Parts,” the creative process that sustains it and what the decline of newspapers might mean for the future of comics. 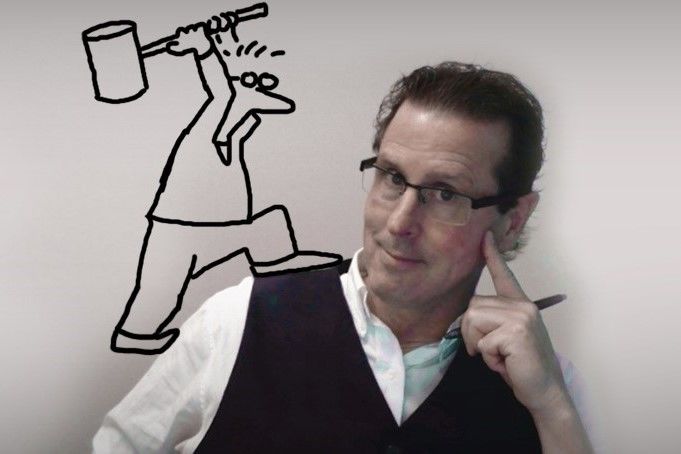 Erie native Dave Blazek created the comic strip "Loose Parts," which won the Reuben Award — the top prize for comic-strip artists — in 2019, and again in 2020. He attended Penn State Behrend before earning a journalism degree at University Park in 1979.

You have a journalism degree, and you worked for years at the in-house ad agency for the Philadelphia Inquirer and Daily News. Was cartooning always part of your career plan?

I didn’t really have a plan. I did stand-up, and I knew how to set up a joke, so the comics editor at the Inquirer started to show me submissions, asking my opinion. I always told him I could do better, and one day he called me on it. He said, ‘Do it, then.’

A colleague, John Gilpin, illustrated “Loose Parts” for the first year. When a health condition forced him to quit, you taught yourself to draw. How did you approach that?

“I just sat down and did it. I worked at it every day, and I learned enough to bluff my way through it. Now, at events, I’m pretty quick. It’s like a magic trick. People ask me, ‘How do you do that?’ Well, I’ve drawn a guy throwing a spear 400 times now. You go with what you know.

You’ve been drawing “Loose Parts” for 20 years. How do you maintain the pace of a daily strip?

A few years ago, my wife and I built a room on top of our garage. We live in the woods, literally at the edge of Valley Forge National Park, and we built this lovely, open stone-and-beam studio. I stare out these giant windows, and when the weather is good, I can open it up, like a tree house.

How do you nudge the process when you aren’t feeling particularly inspired?

If I really get stuck, I’ll grab a volume of old New Yorker cartoons or a “Far Side” book. That helps to set my frequency.

Really, though, it’s just years of staring at a blank page. You get into a zone, and then you think, ‘Gee, that was a really fast 90 minutes.’

How do you know a joke will work?

It’s a slam dunk, sometimes. You just know. With some of the others, you just throw them out there, like a missile launched over the horizon. You’re never sure if they’re going to hit or not.

I used to time it so a cartoon I wasn’t sure about would appear on a Saturday. That tends to be the smallest newspaper, and people are busy doing other things, so they’re less likely to notice if you blow it. But some of my biggest responses have come from those, so you never know.

What happens to the comics as newspapers continue to shrink and readers move on to other platforms?

I’m a newspaper guy. I always will be. But man, it’s frustrating. We’re coming out of a period in Philadelphia when the Inquirer had five owners in four years. It’s a whipsaw. They appear to be on good footing now, and they’re doing some original things, but so much of what made the old newspapers great has been abandoned.

I think they should use the comics pages as a lever. People have such a connection with those characters, and yet, it’s the only non-monetized page in the paper. There are no ads in the comics section, ever. You’d think Toys R Us or Barnes & Noble would line up to sponsor those pages.

I don’t know what happens when the newspapers are gone. I have to believe that comics will survive, though. Have you ever opened a magazine or book and said, ‘I’m going to read everything else, and then I’ll read the cartoon last?’ No. You go there first. We’ve been reading that way since the caveman days.