They attacked at dawn, riding in on horses, with torches – nearly 400 men, led by William Clarke Quantrill, the straight-backed bushwhacker whose guerrilla tactics bedeviled Union forces as the Civil War tore through Missouri.

As they prepared for that morning – Aug. 21, 1863 – Quantrill and his men had crossed the border, riding toward Lawrence, Kansas, a stronghold of anti-slavery sentiment. They were angry. Their homes had been plundered; their families harassed. Their wives and sisters had been targeted by General Order No. 10, which called for the arrest of anyone giving aid or comfort to Confederate guerrillas. The collapse of a makeshift prison in Kansas City had killed four women and broken the legs of a girl – a 13-year-old who had been shackled to her bed. Her cousin was among Quantrill’s men.

As they approached the town, a lieutenant, William H. Gregg, spotted a Union camp with approximately 40 tents. He and his men raised their weapons.

“The command on reaching the open space in which the tents were standing deployed right and left and charged the camp,” Gregg wrote, “and in three minutes there was not a tent standing nor a man alive.”

The town’s residents would fare no better. Quantrill’s raiders dragged 182 men from their homes and shot them in the streets. Then they set fire to the buildings.

“Quantrill’s order was to kill, kill, kill,” Gregg wrote. “Make no mistake, Lawrence is the hotbed and should be thoroughly cleansed, and the only way to cleanse it is to kill.”

‘A war for the present’

Gregg’s account of the massacre at Lawrence is graphic but abbreviated, considering the significance of the event. Just two pages of his war memoir, which he completed in 1906, describe the attack.

In his telling, the guerrillas’ long and trying return to Missouri is a far better story. Federal troops were hot on the group’s trail, and skirmishes erupted at every turn. At Black Jack Point, Gregg was given the command of 60 men and told to protect the rear of the column.

“Whatever you do,” Quantrill said, “don’t let them break your line.”

Within minutes, 1,200 Union men were upon them.

That choice of narrative makes sense to Joseph Beilein, an associate professor of history at Penn State Behrend. His new book, “William Gregg’s Civil War,” publishes Gregg’s manuscript in full for the first time, providing insight into the lives of Gregg, Quantrill and the guerrilla fighters who shaped the Civil War in Missouri.

“Gregg was trying to get a lot off his chest,” Beilein said. “He was seeing other men do that, and he wanted his story to be told, too. He frames himself as a sort of common-ground storyteller. He doesn’t romanticize anything. He doesn’t make it look chivalrous. But there are important things that he omits.

“He doesn’t really want to process the terrible stuff,” Beilein said. “He gets right up to it, but then he sort of pulls away. He can’t really go there, because he knows this is going to be read by people, and they’re going to judge him. He doesn’t want to cross that final bridge.”

At the time Gregg was writing, newspapermen and early Civil War historians were increasingly framing the Confederate defeat as the “Lost Cause” – a campaign triggered by secession, rather than slavery.

The bushwhackers continued to be cast as the villains, however, even by other Southerners.

“Quantrill and his men have been unjustly slandered by the people of the North, a people who even to this day know nothing of them except what they have read in irresponsible books and newspapers,” Gregg wrote. “The time has come when their minds should be disabused.”

For Beilein, who first wrote about Gregg in his 2016 book, “Bushwhackers: Guerrilla Warfare, Manhood, and the Household in Civil War Missouri,” that effort to reset the narrative does not disqualify Gregg’s account, which the old soldier had titled “A Little Dab of History without Embellishment.” That sort of chess-boarding is as common as the instinct to document any moment of lasting significance.

“More than any other event in American history, the Civil War has been fought and refought through the written word and in American minds,” Beilein said. “The story of the Gregg memoir, then, is the story of men and women fighting over the past to win a war for the present.”

‘The moment that meant something’

By studying Gregg’s hand-written manuscript, which is archived in the library at the University of Missouri, Beilein gained a more nuanced perspective of the guerrilla experience.

“Gregg’s voice is important, because it influenced the way successive generations understood the Civil War,” he said. “It stood out from the growing chorus singing the same old tune about Grant and Lee, the Blue and the Gray, Vicksburg and Gettysburg.”

Gregg is particularly valuable as a proxy for Quantrill, who died in 1865. That was clear even as he drafted his manuscript, which was purchased by William E. Connelley, an amateur historian, for the sum of $150. The men corresponded over a period of six years, through letters Gregg signed, “As ever, your friend.”

Beilein includes the letters in his book. He frames them within a context that shifts the entire correspondence: Connelley at no point intended to publish Gregg’s manuscript. He double-crossed him, lifting from his narrative and using Gregg’s connections to other guerrillas to authenticate his own book, “Quantrill and the Border Wars.”

Gregg’s tale deserves to be more than a footnote, however. He was instrumental in the guerrillas’ campaign, which influenced the larger war. His manuscript, and his correspondence with Connelley, tells an equally important story – how the men who fought the Civil War continued to battle over how it would be remembered.

“That fits a larger theme we see among veterans of every major conflict,” Beilein said. “Ten or 15 years after the war, they often want to sit down and record their story. They realize that they lived through something big, and they circle back to that as the moment in their life that meant something.” 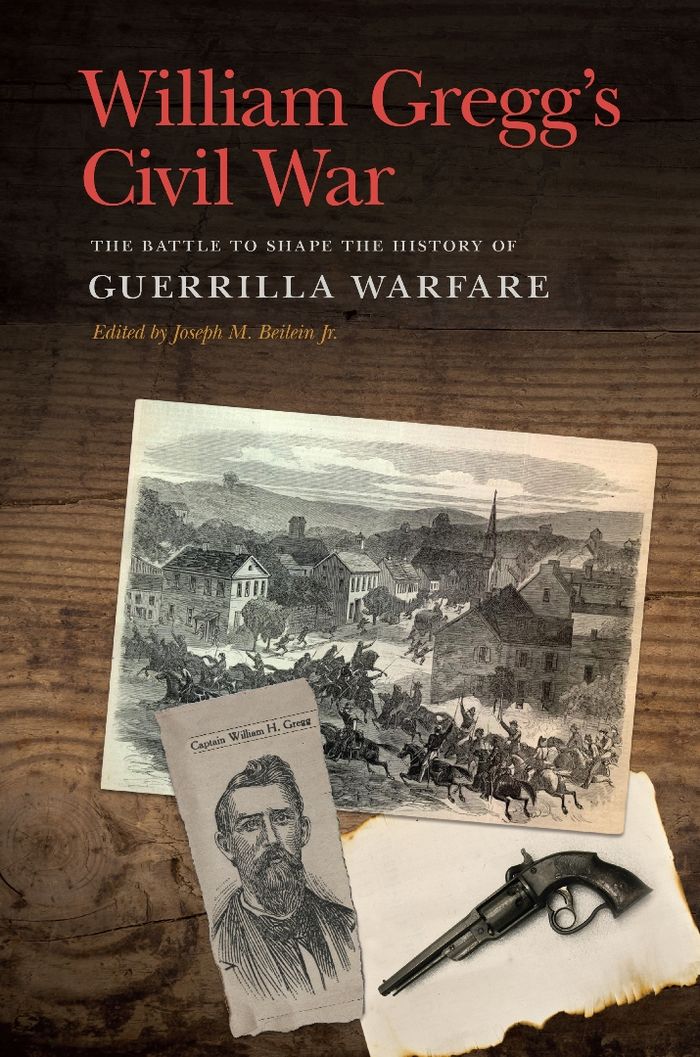