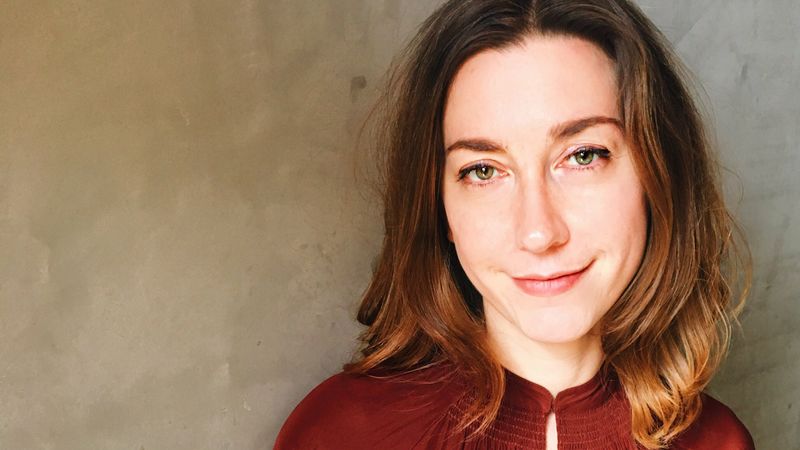 The New York Times describes the book this way: “Hazelton’s poems cast a teasing light over the surface sheen of social norms, the playacting in every relationship … but beneath their own witty surfaces, the poems also brim with loss and serious moral inquiry.”

Hazelton read from “Gloss,” along with other selections from her work, when the Smith Creative Writers Reading Series returned to Penn State Behrend on Jan. 27. The series is produced by Penn State Behrend’s creative writing program, which leads to a Bachelor of Fine Arts degree. The program is the only one of its kind at Penn State.

In addition to Hazelton, the spring readings will feature these writers:

Feb. 3: The poet Paula J. Lambert will read from her collections, including “The Ghost of Every Feathered Thing.” Lambert has been awarded two Ohio Arts Council Individual Excellence Awards, two Greater Columbus Arts Council Resource Grants and PEN America’s L’Engle-Rahman Prize for Mentorship. Her book “How to See the World,” published in 2020, was a finalist for the Ohioana Library Book Awards. Her reading can be viewed at https://psu.zoom.us/j/91070778347 beginning at 6 p.m.

March 3: The author Michael Wang will read from his story collection, “Further News of Defeat,” which won the 2021 Robert W. Bingham Prize. Born in Fenyang, a coal-mining city in China’s Shanxi Province, Wang immigrated to the United States at age 6. He holds a Ph.D. in literature from Florida State University and an M.F.A. in fiction from Purdue University. His debut novel, “Lost in the Long March,” will be published this summer. His reading can be viewed at https://psu.zoom.us/j/92506295545 beginning at 6 p.m.

March 31: The annual “Behrend Reads” program will showcase the writing of faculty and staff from across the college. The readings will begin at 6 p.m. in the Metzgar Center lobby.

April 7: George Looney, distinguished professor of English and creative writing, will read from his 16 books of poetry and prose, including his newest collection, “Ode to the Earth in Translation.” His 2020 story collection, “The Worst May Be Over,” won the Elixir Press Fiction Award. His new collection, “The Visibility of Things Long Submerged,” has won the BOA Editions Short Fiction Prize and will be published in the spring of 2023. Looney’s reading will begin at 6 p.m. in the Metzgar Center lobby.

April 14 and 21: The annual “Sweet Sorrow” readings will showcase the work of graduating seniors in the creative writing program. Their readings will begin at 6 p.m. in the Metzgar Center lobby.