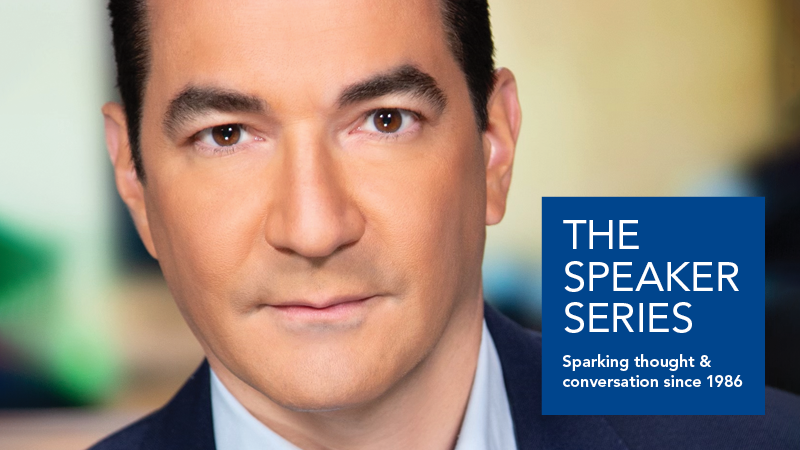 Gottlieb helped shape the federal response to the COVID-19 pandemic -- and the precautions that are being taken to manage the next viral outbreak.

The next public health crisis won’t be a virus or disease, but a lack of trust in the federal agencies that already are preparing for future pandemics, said Dr. Scott Gottlieb, a former commissioner of the U.S. Food and Drug Administration.

“There’s skepticism of public health right now,” Gottlieb told NPR, “and it isn’t just a right-left debate, conservative-versus-liberal. It’s more pervasive than that. We need to have a fundamental discussion about what the role of public health is. How do we reform the process by which public health advice gets generated and disseminated?”

Gottlieb will discuss vaccine hesitancy, the political wedge around masks and mandates and the steps that can best prepare the nation for the next pandemic when he visits Penn State Behrend on Nov. 11. His talk, part of the college’s 2021-22 Speaker Series, begins at 7:30 p.m. in McGarvey Commons, in the Reed Union Building. The program is free and open to the public.

Gottlieb served as FDA commissioner from 2017 to 2019. He helped shape the federal response to the COVID-19 pandemic, meeting regularly with officials in the White House, including President Trump, even after resigning his post. He currently serves on the board of directors at Pfizer.

Before entering government, Gottlieb was a physician at Mount Sinai Medical Center and a faculty member at New York University. Time magazine named him one of “50 People Transforming Healthcare in 2018.”

Gottlieb has held editorial positions at the British Medical Journal and the Journal of the American Medical Association. He appears regularly on CNBC, NPR and “Face the Nation.”

In September, he published “Uncontrolled Spread: Why COVID-19 Crushed Us and How We Can Defeat the Next Pandemic.” In the book, he argues that public-health preparedness should be viewed as a matter of national security.

“The military drills all the time,” he said in an interview with Forbes. “We buy the latest equipment, and we constantly try to maintain a readiness. We need to do the same thing in the public health realm.”

Gottlieb is the second of four speaker in this year’s Behrend Speaker Series, which is designed to foster open discussions about the top issues in our culture. Other programs will feature eSports broadcaster Olivee May and NFL referee Sarah Thomas. Moogega “Moo” Cooper, a NASA engineer who worked on the Mars rover Perseverance, opened the series on Oct. 18.

At this time, facemasks are required for all individuals while indoors at Penn State Behrend. If you're planning to attend our Speaker Series events, we appreciate your cooperation as we do our part to limit the spread of COVID in the community.