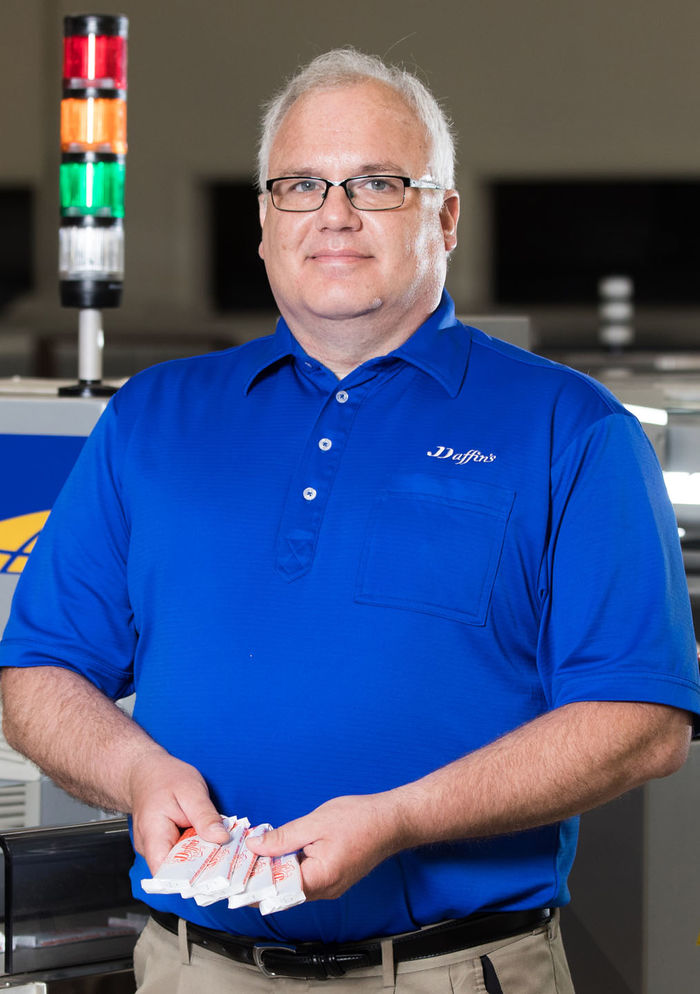 Stan Lefes ’89, is the wholesale and distribution manager for Daffin’s Candies

If you work in an office with a candy jar, you know how tough it can be to resist temptation. Now imagine if your office were the candy jar. Can one even focus when surrounded by milk chocolate and other sugary confections?

Stan Lefes ’89 is proof that you can. He’s been doing it for nearly thirty years at Daffin’s Candies. Lefes, who was a business and behavior science major, is the wholesale and distribution manager for Daffin’s Candies, working out of the company’s 53,000-square-foot factory in Farrell, Pennsylvania.

His favorites are Daffin’s two top sellers: Melt-a-ways, chocolate candies with centers that melt in your mouth, and caramel pecanettes, pecans and caramel covered in milk chocolate.

As the distribution manager, Lefes coordinates all product movement. He manages the wholesale department and is also assigned to a wide range of other responsibilities within the company.

“I enjoy the flexibility and challenge of dealing with multiple projects and not having a repetitive job,” he said.

Daffin’s is a family-owned company with about 100 employees. Though not a member of the Daffin’s family by blood, after twenty-seven years of working for the company, Lefes is “family” by business standards.

“I’m lucky to work with such great people and for a great company,” he said.

Daffin's Candies by the numbers

400 pounds
Weight of Tommy the Turtle, one of the chocolate creatures on display at Daffin’s Chocolate Kingdom in Sharon, Pennsylvania

600 varieties
Candies made by Daffin’s

110,000
Number of chocolate-nut eggs produced for the Easter season