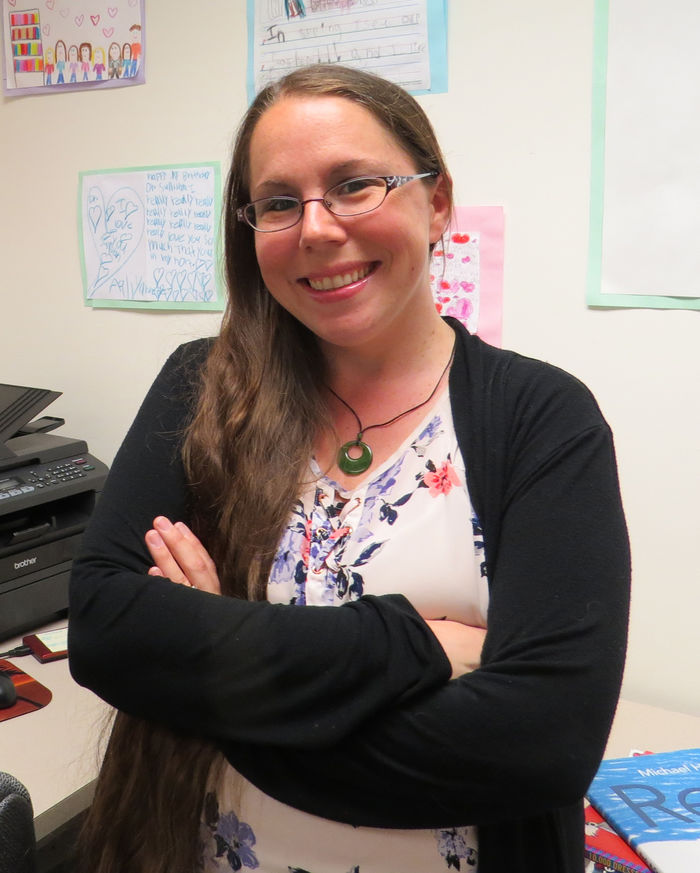 As an undergraduate social work student, Dr. Ashley Sullivan saw a documentary she could not forget.

Is it a Boy or a Girl? explored the ethics of gender reassignment surgery of intersex children, a general term used for a variety of conditions in which a person is born with a reproductive or sexual anatomy that doesn't seem to fit the typical definitions of female or male.

Sullivan followed her chosen career path until she realized social work was not a good fit for her.

“The day I had to make six calls to Child Protective Services, I knew it wasn’t a sustainable career for me,” Sullivan said.

In an effort to continue helping children in difficult situations, Sullivan switched to early childhood education and taught kindergarten in an underfunded school for several years.

“I really enjoyed teaching, but I knew I could have a bigger impact and help more children by teaching teachers,” she said. “Also, I love to do research and there I simply had no time for that.”

After earning her Ph.D. and obtaining a faculty position at Penn State Behrend, Sullivan, an assistant professor of elementary and early childhood education, took on the research topic that had intrigued her a decade earlier—transgender children— and how teachers can help them by creating gender-inclusive environments.

“Forty percent of transgender persons attempt suicide,” Sullivan said. “As a society, we need to do a better job than just accepting or tolerating, but move toward a place of advocacy and activism for transpersons. We should strive for full inclusion.”

Sullivan believes that early education teachers can play an important role in that process. Her research has led to strategies teachers can use to create inclusive environments for all children.

“There are some very simple things teachers can do, such as eliminating gender segregation as much as possible by not asking them to line up by gender, or by saying ‘Good morning, students’ instead of ‘Good morning, boys and girls,’” Sullivan said. “They can intervene in gender policing, too, because 3-year-olds will tell a girl they can’t play with a football or a boy that he can’t wear a tiara from the dress-up box.”

Lately, Sullivan has been focusing on books. She teamed up with Dr. Laurie Urraro, assistant teaching professor of Spanish, who researches gender in Spanish plays, to conduct a content analysis of children’s picture books that contain transgender characters. They also held focus groups with transgender people in three states. The results of that work were recently published in Bank Street, an industry publication for teachers.

Sullivan and Urraro have a contract to write a book about Sullivan’s dissertation research, interviewing transgender adults about their early childhood education experiences. “Basically, we need to stop making transgender kids feel like they are broken, like there is something wrong with them,” Sullivan said. “Kids should get to be who they are, and we should trust them to know that.”