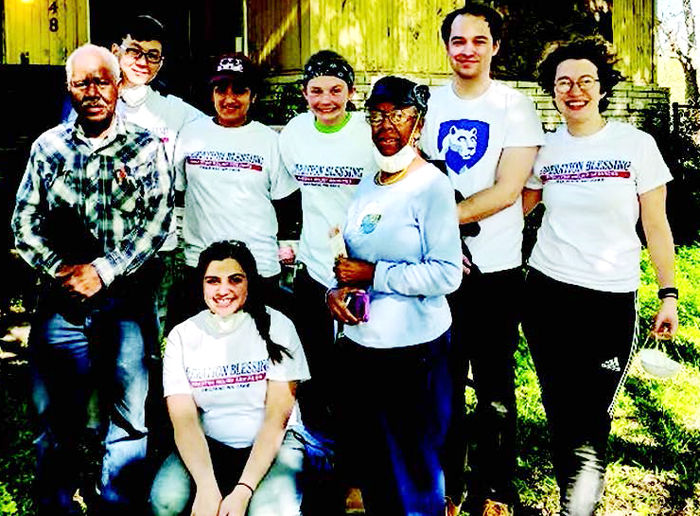 Need for nurses leads to expansion

When Penn State Behrend’s nursing graduates walked across the stage in May, they all had jobs waiting for them.

“All of our nursing students had job offers before their senior year,” said Kimberly Streiff, campus coordinator of nursing programs at Behrend. “I have hospitals and medical facilities scooping up nurses as soon as we can get them through the program.”

It’s not easy: Behrend nursing students must meet high grade point average standards and rack up plenty of hours in labs practicing their clinical and critical thinking skills before they do rotations at Erie-area medical facilities.

Recognizing the demand for nurses, locally and nationally, Behrend is expanding its nursing labs. The increased space will allow for admission of an additional thirty B.S.N. students this fall, beyond the fifty of previous years.

The program’s existing simulation lab will be moved to a larger room that will allow for three SIM bays.

“Two labs will be medical/surgical and one will be OB/neonatal, but we have the option to change one of the med-surg labs to pediatrics or mental health, or any other specialty,” Streiff said.

Activities in the SIM labs will be broadcast into a classroom next door, so students can learn from one another's experiences. The former SIM lab space will become a larger skills lab.

“These changes will allow for more access, greater flexibility, and a larger number of students who can use the labs at one time,” Streiff said. “We are very excited about it.” 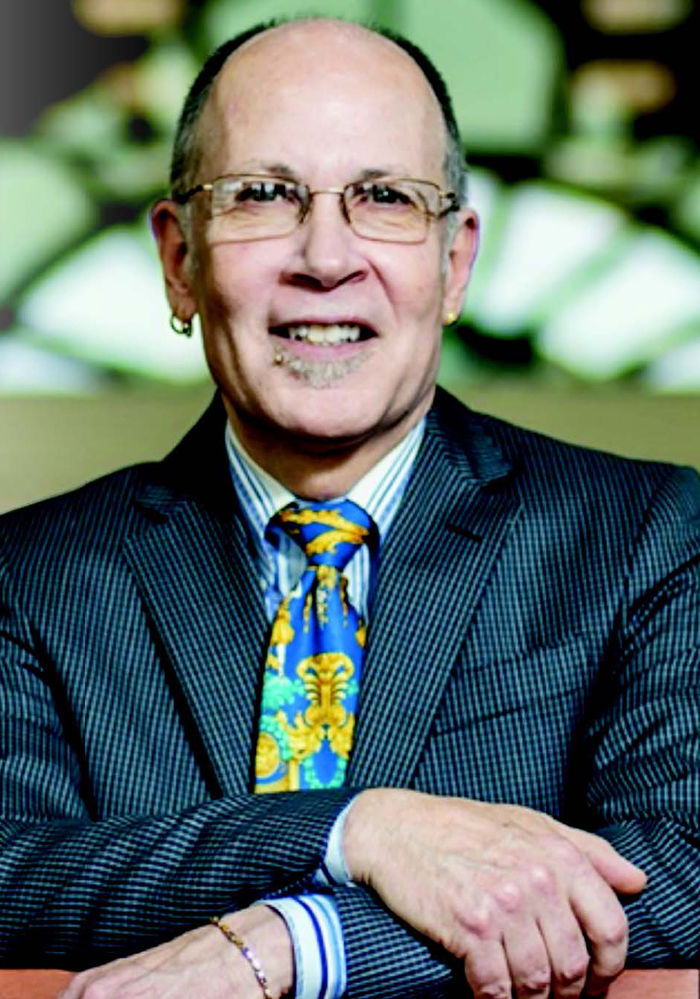 Dr. John Champagne, professor of English, has been selected as the Penn State Laureate for 2018-19. He was chosen by University President Eric Barron and Executive Vice President and Provost Nick Jones on the recommendation of the laureate review committee.

Champagne has been teaching courses in English, literature, communication, philosophy, and the arts at Behrend for twentyfive years. He has been published extensively in both scholarly and creative venues; has received numerous awards for teaching, research, and writing; and has served on a range of committees and initiatives at the program, school, and college levels.

The Penn State laureate is an annual faculty honor established to bring greater visibility to the arts, the humanities, and the University, as well as the laureate’s work. The laureate appears at Penn State campuses and other events throughout a year-long appointment.

Who better to introduce students to the realities of the business world than a successful industry insider? That’s why the Black School of Business has created an Executive In Residence (EIR) program, inviting professionals on the cutting edge of business and industry to share their experience with students and faculty members.

Penn State has committed $250,000 to an Energy University Partnership that will support business opportunities created by a $6 billion Shell Pennsylvania Chemicals investment in Beaver County. Shell is building an ethane “cracker” plant that will convert natural gas liquids into polyethylene, a source material for producers of plastics, including many companies in Erie County.

Penn State Behrend will lead the partnership and maintain a dedicated strategy room where stakeholders can collaborate on Shellrelated projects.

The first element of support already is in place: A web-based research network where businesses can post questions related to oil, gas, shale, plastics, and related energy matters. There will be no charge for initial research at the site, which is at www.askpennstate.psu.edu.

Dr. Timothy Kurzweg, formerly the vice provost for undergraduate education at Drexel University in Philadelphia, is the new director of the School of Engineering.

Kurzweg, an expert in optical microsystems and alternative materials for electronics and antennas, holds a doctorate and a master’s degree in electrical engineering from the University of Pittsburgh. He has a bachelor’s degree from Penn State.

He has served as principal or co-principal investigator for approximately $9.5 million in funded research and has published more than eighty journal and conference papers. He also holds multiple patents.

Kurzweg’s research, which has applications in bio-sensing, communications, and medical imaging, has been supported by the National Science Foundation, the National Institutes of Health, the Department of Defense, and private industry.

At Behrend, Kurzweg will lead an engineering school with 1,600 students and a top-30 national ranking, according to U.S. News & World Report.

It will help that Kurzweg has firsthand knowledge of Erie: His wife, Jennifer, a Penn State graduate who now works as an attorney, is an Erie native. The couple, along with their three children, have regularly visited the region.

“Erie is a special place for us,” he said, “and there are excellent opportunities here for additional collaborations with the college. A Penn State Behrend education clearly is not limited to the classroom. It should extend into the community, through research co-ops, internships, and other learning experiences.”

Three longtime friends and advocates of Penn State Behrend have passed away in recent months.

The Smith family’s support of Behrend dates back more than thirty years. Larry and his wife, Kathie, donated parcels of land adjacent to the Behrend campus, including land on which the Federal House, thought to be the oldest brick structure in Erie County, sits; the couple also established two separate student scholarship funds.

Most notably, the Smiths provided the funds for construction of the Larry and Kathryn Smith Chapel in conjunction with the Floyd and Juanita Smith carillon and bell tower, funded by an earlier gift from Larry’s parents. From the time of the opening of the chapel and carillon in 2001, the Smiths continued to provide support for the building and programming.

Myron Jones, a pioneer in Erie’s radio and television broadcasting industry, died June 28. He was 92.

Jones founded Erie’s WJET Radio in the 1950s and introduced Erie’s ABC TV affiliate with the launch of WJET-TV in 1966. He helped Penn State Behrend secure the license for the college’s commercial radio station, WPSE, and in 2014, he and his wife, Marlene, created the Myron Jones Fund for Broadcasting to support the station in perpetuity.

In addition to their support of WPSE, the couple contributed to student scholarships and youth programs at Penn State Behrend. In 2011, Jones was honored at the opening of Behrend’s expanded student radio, television, and digital media facilities. Since then, an award in his name has been given annually to a Behrend student involved in the broadcasting field who demonstrates leadership, volunteerism, and entrepreneurship.

Ethel Kochel, widow of longtime Behrend administrative head Irvin Kochel and an influential campus presence in the college’s early years, died July 19 at the age of 94.

Between 1954 and 1980, Irv and Ethel oversaw Behrend’s transition to a four-year college, the addition of on-campus housing and academic buildings, and explosive growth in enrollment, from fewer than 100 students to more than 1,800. The couple raised their children in a small house on campus, attended most student events together, and hosted college functions.

The Kochels’ support of students extended to their philanthropy; over the years, they established four separate student scholarships. In 2007, Jeffrey Kochel ’71, the oldest of the couple’s three children, commissioned creation of a garden adjacent to Kochel Center to honor the behind-the-scenes role his mother played in the growth and success of Behrend. In 2013, Ethel was named an Honorary Alumna of Penn State, an honor reserved for individuals who did not graduate from the University but have made significant contributions to its reputation and prestige.