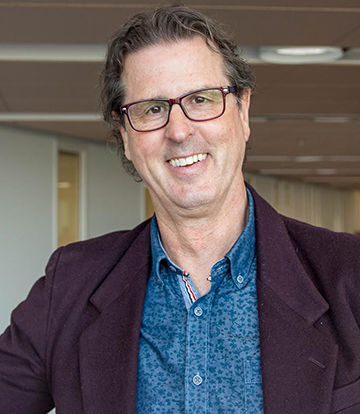 It isn’t often you get the chance to belly laugh in a business class, but it was nearly impossible not to when Dave Blazek, creator of the nationally syndicated comic strip Loose Parts, stopped by MKTG 441 Sustainability in Marketing Strategy this past sping. Blazek talked about his unconventional career path and how he wanted to be a journalist, but ended up as a newspaper advertising sales representative and, eventually, a cartoonist.

The Erie native and Penn State graduate, who began his studies at Behrend, encouraged students to approach each task and job with a positive attitude, strive for creativity, and dare to say yes to opportunities when they arrive, even if they seem scary or impossible at the time.

Blazek also gave a public talk in the evening, entertaining college and community members with a laugh-out-loud life story and even drew personalized cartoons for several audience members.

Penn State Behrend students have been asking for more fitness and recreation space for the past several years. They won’t have to wait much longer.

This spring, the Penn State Board of Trustees approved an architect for the Erie Hall project, which will result in a new facility that addresses the interest among Behrend students for individual and group recreation space. Gymnasium, studio, and locker room space will relieve pressure on Behrend’s Junker Center, which was built in 2000, and will create additional facilities for student fitness and recreational activities including spinning, yoga, dance, and intramural sports.

Behrend students have committed $9 million of their Student Facility Fee funds toward construction of the $25-million center, which will be designed by Sasaki Associates of Watertown, Massachusetts, in partnership with Erie’s Weber Murphy Fox. Construction of the building is expected to begin in 2020.

“The student commitment underscores the need for expanded and improved fitness and recreational facilities,” Chancellor Ralph Ford said. “Our enrollment has increased by nearly 25 percent since Junker Center opened, and space assessments have identified a definitive need for more student-life space, most notably, for fitness and recreation.”

In addition to fitness, recreation, and athletics facilities, the new center is expected to house the college’s Personal Counseling and University Police and Public Safety offices. Personal Counseling will use the new space to offer workshops related to anxiety reduction, stress management, nutrition, and healthy living strategies, among other health-related topics.

This summer, Penn State Behrend’s School of Engineering hosted the largest international advanced manufacturing research conference in the world, NAMRC 47 | MSEC 2019, at Erie’s Bayfront Convention Center. More than 600 researchers and manufacturers from around the globe gathered to share the latest innovations and developments in manufacturing equipment, systems, technologies, and processes.

Sally Metzgar, a longtime supporter of the college and its students, died July 19 at the age of 83. Her husband, Bob, was at her side.

The Robert and Sally Metzgar Admissions and Alumni Center is named for the couple. The building, which opened in 2010, houses the college’s admissions, financial aid, alumni relations, bursar’s, and registrar’s offices.

The Metzgars owned and operated North Penn Pipe and Supply. Sally, a former model, also worked at Bell Telephone and at the U.S. Navy’s Ordinance Research Lab at Penn State.

Sally was an active and engaged member of the Behrend community. She particularly enjoyed meeting with recipients of the Metzgar Leadership Scholarship, which supports six students every year.

“Sally was a warm, nurturing person,” Chancellor Ralph Ford said. “She had a genuine interest in our students and their stories, and she always believed they could succeed.” 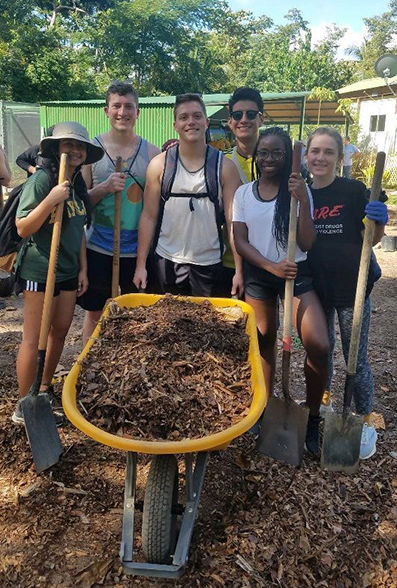 Students serve others during spring break

In March of this year, two dozen students and four advisers from Penn State Behrend participated in an alternative spring break service trip to Puerto Rico. The group worked to help residents recover from the catastrophic flooding that occurred as a result of Hurricane Maria, a Category 5 hurricane that devastated the area in 2017 claiming nearly 3,000 lives, and causing billions of dollars in damages. The students painted houses, cleared trails, and helped with landscaping and other basic home repair projects.

When City of Erie Mayor Joe Schember took office, he put improving communication with constituents at the top of his administration’s todo list. Schember wanted to create multi-platform ways of communicating with Erie residents, largely through electronic media, without spending too much of the city’s finances.

His team knew just where to turn for free technology services—Partnership Erie, a Black School of Business outreach center.

The students worked closely with Schember’s office and ultimately came up with a refreshingly simple design—a color photograph of the sun setting over Presque Isle Bay, as well as a search bar and the words “How Can We Help?”

The site has received many accolades for its design and ease of use. The MIS students did the work for free. Andy Steinmetz, then the city’s digital media coordinator, said the website work might have cost as much as $50,000 if the city had hired an outside firm. 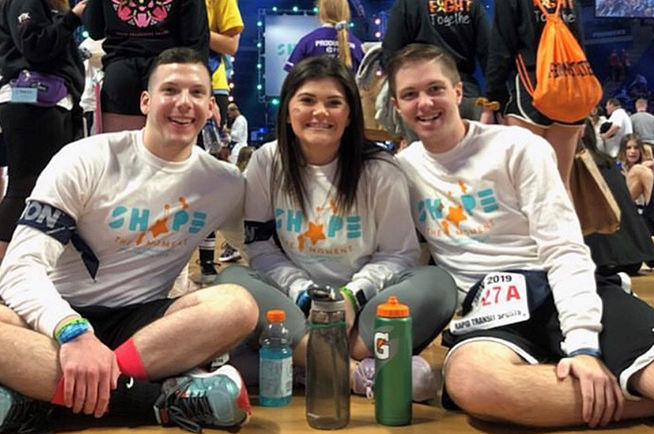 “I became involved with THON in my sophomore year of high school when I was the head of my high school’s ‘mini THON,’” said the Pittsburgh native and junior dual major in Political Science and Psychology. “It was really life-changing. When I came to Behrend, I made a promise to give everything I have to THON and make Behrend one of the best supporters of the event.”

“It truly reflects the commitment and dedication of the students involved in helping to fight pediatric cancer,” said Dr. Ken Miller, senior director of administration and student affairs.

THON is held annually at Bryce Jordan Center at University Park. Behrend’s dancers at this year’s event were Morgan Shaw, Matt Hammel, and Tyler Malush. Forty fellow Behrend students, including Walker, attended the event to support and cheer on the dancers.

Last year, the college's Youth Education Outreach office provided programming to more than 24,000 young people and educators in the region. Thanks to a $40,000 gift from National Fuel Gas, that number can be expected to continue growing. The college thanks National Fuel for recognizing that successful communities and organizations start with young people who are motivated, educated, and excited to learn.