Penn State Behrend students succeed in and out of the classroom. Here are just some of the many students whose accomplishments and achievements were remarkable this year. 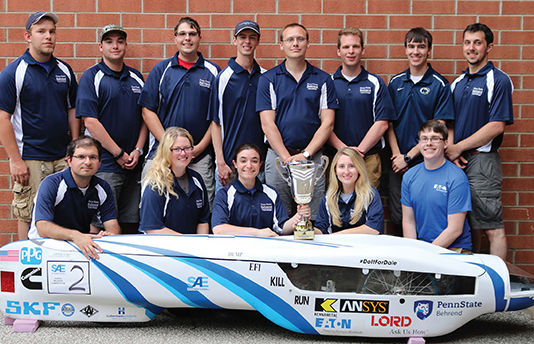 The SAE club poses with their Supermilage vehicle

The Society of Automotive Engineers (SAE) Club ended this year’s International Supermileage Challenge the same way it finished the 2018 event: in the winner’s circle.

However, the path to the championship, which was held in June at Eaton Corp.’s Marshall Proving Ground test track in Michigan, was not easy.

“Basically, everything that could have gone wrong, went wrong,” said Aleksey Checkeye, vice president of the Behrend SAE club and the driver of the vehicle. “I think this year was probably the most rewarding, simply because we did not know if we would even make it onto the track.”

When problems arose, the students did what engineers do best—they remained focused and methodically worked through the issues, using sound engineering practices and good old-fashioned ingenuity. It led to a big win for the Behrend car, which reached 2,420 miles per gallon of gas.

Summer in the Senate

Carlos Mora, a junior majoring in Political Science, landed a prestigious summer internship with the U.S. Senate in Washington, D.C. The position was in the Secretary of the Senate’s office, rather than with an individual Senator, so Mora was exposed to many facets of U.S. Senate operations. Mora worked in the Disbursing Office. 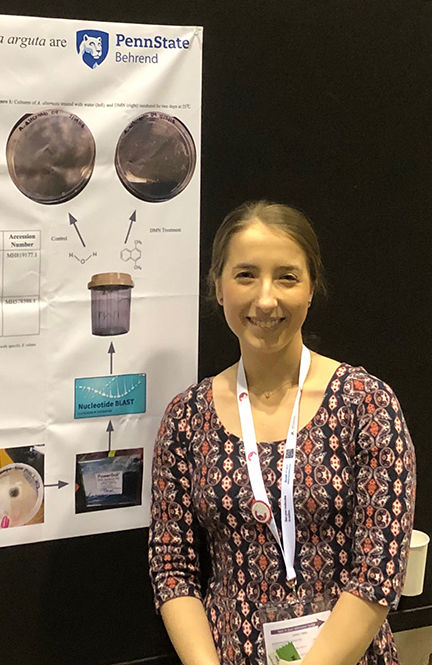 Jessica Till, one of the Behrend students to present plant research work at the Experimental Biology 2019 conference.

Three Biology students traveled to Orlando, Florida, this spring to present their research at the Experimental Biology 2019 conference, the largest interdisciplinary meeting of its kind. Biomedical and life sciences researchers from all over the world attend the meeting to network and share research. 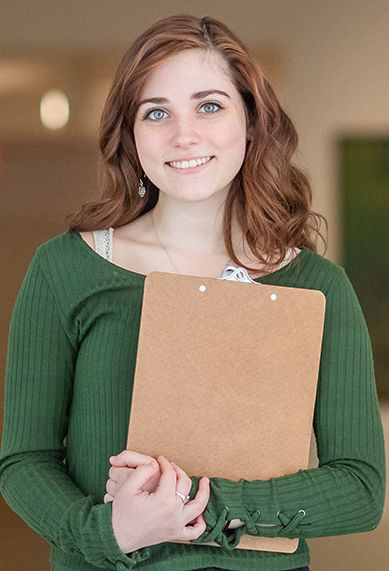 “I’m from Pittsburgh, and the Three Rivers Art Festival is one of my favorite things, so I wanted to emulate that, but on a smaller scale,” said Coghe, who graduated in May with dual degrees in Arts Administration and Digital Media, Arts, and Technology, “That’s how I got the idea of the different vendors and musical performers.”

The senior capstone project is a requirement for Arts Administration majors. Community engagement is a core component of the program, which launched in 2012 and is one of a few such undergraduate programs in the country.

The event was a resounding success with several hundred attendees checking in throughout the day.