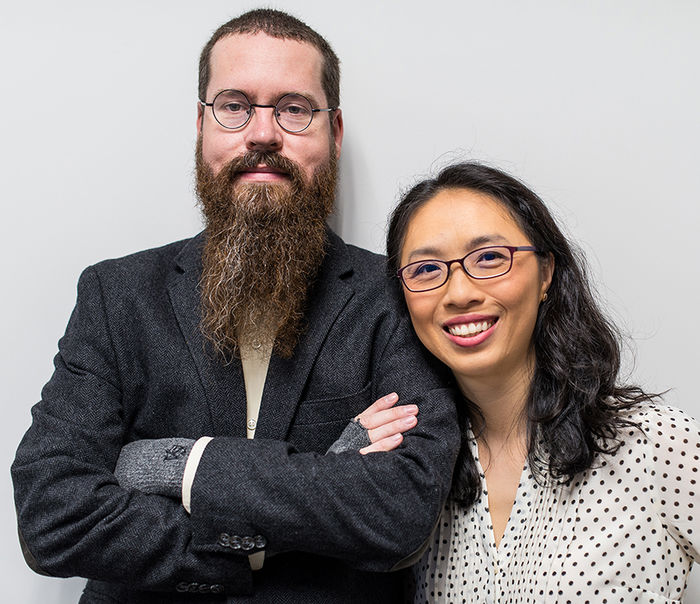 Students help build, market app that will put you to sleep

If you’re like 50 to 70 million other Americans, you can relate to this scenario: lying in bed, completely exhausted, but unable to sleep. It’s not only ironic, but stressful. There’s a reason sleep deprivation is a torture tactic.

One Erie company, AcousticSheep LLC, is searching for the best way to lull people to sleep using an age-old technique— music. One thing the team at AcousticSheep has learned: the right tunes to make you sleepy are a decidedly individual matter. Enter artificial intelligence (AI) and nearly a dozen Penn State Behrend students from the schools of Engineering, Business, and Humanities and Social Sciences who have helped the company build and market an app to deliver a sleep inducing blend of music to users.

AcousticSheep started from humble beginnings. A physician trying to fall back asleep after taking patient calls in the middle of the night developed a wide fabric headband containing a pair of headphones. Later dubbed SleepPhones, the first pair were hand sewn, soldered, and assembled at the founders’ kitchen table.

The product gained popularity and has now been purchased by customers on every continent. Having achieved global success with a physical product, AcousticSheep, headquartered in Erie, began exploring software. That’s when they turned to some of the brightest minds in the area, tapping into the talent pipeline in Behrend’s School of Engineering.

Harmony, an artificially intelligent software initiative, is AcousticSheep’s most advanced project to date and, the company says, it could not have happened without the time and effort of student interns from Penn State Behrend.

“These students have been involved with everything from the initial creation of the software to developing the value proposition and message around the finished product,” said Jason Wolfe, AcousticSheep co-founder and chief technology officer.

Nearly a dozen students, three of whom are now full-time employees of the company, have helped develop and market the Harmony app, which uses artificial intelligence to generate, recommend, and deliver deep sleep inducing music, rhythms, and sound patterns. The company calls these sounds “sheep,” and each possesses unique traits—just like people.

The technology of Harmony works by organizing and analyzing aggregated track rating data collected from the company’s global network of users.

“This whole process has been about guiding a new generation of software engineers on how to build and implement real-world software applications,” Wolfe said. “The Behrend interns who helped with this project have received hands-on experience and real feedback in the construction and implementation of innovative software tools.”

Eleven Penn State Behrend students have worked with AcousticSheep over the past two years. It’s not just Engineering students whose talents the company has tapped, but also Digital Media, Arts, and Technology and Marketing majors, too.

“Behrend students have a fantastic track record of being wellprepared, creative, and willing to learn,” Wolfe said. “They come to the office with a real drive to put their creative energy to good use, consistently providing the organization with fresh perspectives, and continually improving the problem-solving process.”

“The value that Penn State Behrend students bring to the table is incredible,” said Dr. Wei-Shin Lai, chief executive officer of AcousticSheep. “We are thankful to be able to work with the college in this capacity and provide real-world experience and employment opportunities for these incredible students.”