With limited availability of a matching gift commitment by Penn State, three families with ties to Behrend have stepped up to create scholarships to support educational equity at the college. The endowed funds they have established will benefit students whose gender, race, and ethnic, cultural and/or national background will contribute to the diversity of the Behrend student body. 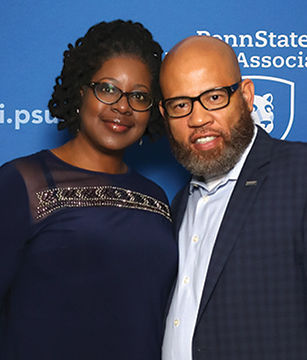 Early on in their marriage, Sam and Zabrina Epps laid out their future philanthropic goals, which included supporting higher education, specifically, their college alma maters.

A 1995 Behrend graduate in Political Science, Sam is political director of UNITE HERE Local 25, the union of hotel, restaurant, and casino workers in the Washington, D.C., metro area. Since his graduation, he has been serving Penn State; he’s currently a member of the Alumni Council, the governing board of the Penn State Alumni Association, serving on the Council’s Development Committee. He hosts and mentors Behrend political science students who travel to the nation’s capital each spring, and he frequently visits the college to speak to students.

“I’m a product of Behrend’s offices of Student Affairs and Educational Equity as well as the Student Government Association,” Sam said. “My leadership skills took shape and blossomed at Behrend.”

As college students, Sam and Zabrina were both beneficiaries of scholarships and other financial aid, and they decided they wanted to help current and future students the way they had been helped. To that end, they recently created the Zabrina and Sam Epps`95 Educational Equity Scholarship for Behrend students.

“Education is an economic equalizer, and as I reflect on this moment in time, now is the time to invest in students, especially those in traditionally underrepresented communities,” Sam said. “No matter where they come from, their gender, their race, or any other differences, we want students to know and feel that they belong in college, on campus, and at Penn State. 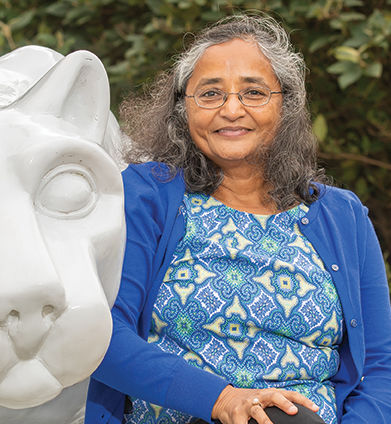 “I hope to help increase student enrollment while increasing diversity, and I feel very strongly about providing educational opportunities to every person who wants them,” Gupta said. “Education is critical for a person to pursue a better life and broaden their understanding of the world.”

A second-generation graduate of Penn State, Gupta received her degree in mechanical engineering in 1982. She retired from IBM as a vice president in 2016. She continues to keep Penn State at the forefront of her philanthropy because of the influence the University has had onfin her life, from an excellent education and professional connections throughout her career to lifelong personal friendships.

“There was always an immediate connection and an implied trustworthiness when I came across another Penn Stater,” she said. “With this scholarship, I want to recognize traditionally underrepresented students, and I hope that the scholars who benefit from it and other students make an effort to proactively befriend those who may not be part of an existing community and discover that every person is an individual with unique attributes.” 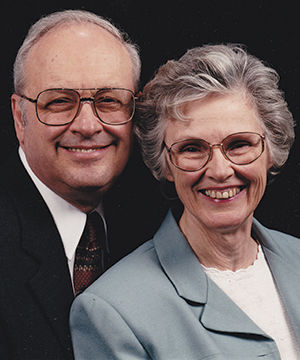 When Dr. Robert “Bob” Simoneau was asked why he decided to create the Simoneau Family Educational Equity Scholarship at Penn State Behrend, his reply was personal.

“We’re a large, complex multiracial family,” he said. “We are very pleased that Penn State has put some of its resources toward supporting student equity and need, and we’re proud to support the effort.”

The scholarship is in honor of Bob’s family. Together with his late wife, Donna, they raised nine children. Donna was also a schoolteacher and social worker with a focus on children having special needs.

Bob Simoneau’s connection to Behrend is also a personal one. He previously served as director of Engineering and Engineering Technology programs at the college following a long research career with NASA in Cleveland. During his time at Behrend, he said he recognized the college as student-oriented and dedicated to bringing personal and professional growth to students’ lives.

“My hope is that this scholarship will put its recipients on an equal footing with the many fine students already attending Behrend,” he said.