Penn State Behrend alumni are making their mark on the world in a variety of ways. We caught up with several of them to learn what they’ve been up to since graduation.

MaryGrace (Myers) Everett, a 2019 Biology graduate, recently published her second children’s book, The Good Bugs. She wrote and illustrated the book that introduces kids to the “good” bugs that protect people, clean up waste, pollinate flowers, and more.

By day, Everett works with a different kind of “bug.” As a clinical lab assistant near Washington, D.C., she has spent the past year testing hundreds of patient samples for COVID-19 every day.

Everett published her first children’s book, Suited to Survive: The Theory of Evolution by Natural Selection for Kids and Some Adults, in 2020. Both are available from Lilley Library or purchase on Amazon.

Jacqueline Jackson ’02, who earned concurrent degrees in Marketing and International Business, is the new chief operating officer of the New York Urban League (NYUL), which serves New York’s African-American and underserved communities. In her new role, Jackson, who founded her own nonprofit youth mentoring program (The Royalty Project), has the charge of leading the organization to improve business processes and drive operational efficiency in all initiatives and partnerships.

“I am truly inspired by the New York Urban League’s legacy of civil rights service and community advocacy and I’m excited to be joining the team,” said Jackson, who is a native New Yorker and volunteered with NYUL for two years before being hired to lead the organization. 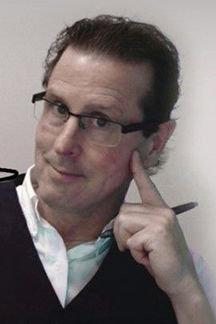 Blazek ’79 (1975-77) was honored for his cartoon, Loose Parts, which is nationally syndicated by The Washington Post. The Reuben is the “Oscar’s award of cartooning” and Blazek’s work was recognized by hundreds of the world’s best cartoonists, illustrators, graphic novelists, and Hollywood animators.

“I’m not sure words, or pictures, can adequately express how simultaneously gratifying and humbling this award is,” Blazek said. “As someone who only began cartooning in middle age, I’m in awe of the giants and other pros who wander around the NCS. To be recognized by them leaves me flabbergasted.” Loose Parts celebrated its twentieth year in 2020. Blazek, an Erie native, and his wife, Eileen ’79, live in Valley Forge, Pa.

Kevin Josue, a 2018 Electrical and Computer Engineering Technology (ECET) graduate, was chosen by Control Engineering magazine as one of their 2020 Engineering Leaders Under 40. Josue, 25, is a field services engineer for Control Station, Inc. In Manchester, Connecticut.

“I can comfortably say now that the ECET program has taught me all the practical skills I needed to succeed, and it gave me the purpose in life I was looking for,” Josue wrote in an email to one of his favorite professors, David Loker, associate professor of engineering in the ECET program. 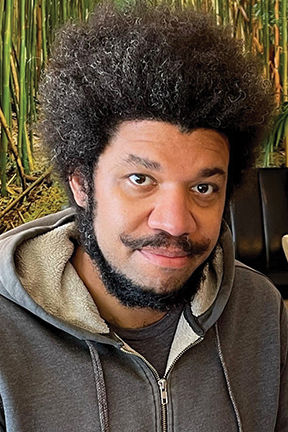 What if you had the memories of 110 people stuffed into your brain? How would you know who you really are? Those are the central questions in a new fiction novel, Will You Still Love Me If I Become Someone Else?, by Jotham Austin II, a 1996 Biology graduate.

The premise: The passengers of Flight 2164 all lose their memories—all of them except for Brian, who not only retains his own conscious past but gains the memories of everyone else who was on the plane. As Brian begins recalling the past histories of the other passengers, he soon finds himself unable to separate his memories from theirs.

The roster of characters, their intertwined relationships, and scientific discoveries in Austin’s novel will throw you for a loop more than once.

As a student at Behrend, Austin was named the undergraduate researcher of the year for work he did with Dr. Michael Campbell, distinguished professor of biology. He subsequently went on to earn a Ph.D. and is now a research assistant professor at the University of Chicago, where he directs the Advanced Electron Microscopy Facility.

Behrend alumna Dr. Pamela (Sumah) Gibbs was the guest speaker at the college’s Multi-Cultural Council Gala in April. Gibbs holds three degrees from the Black School of Business: Marketing ’05, International Business ’06, and an M.B.A. ’07 and earned a Ph.D. in Information and Interaction Design from the University of Baltimore.

Gibbs is a researcher with Google, having held positions previously with Walmart, Northrop Grumman, and Bank of America. Of her time at Behrend, particularly her experiences with MCC, she said, “In these walls, I learned to cultivate my voice, honed my leadership skills, and made lifelong connections. I’m able to speak up and advocate for others today because of the things I learned in MCC and at Behrend.”