The success of every Behrend student hinges on the support and involvement of a host of others: parents, faculty members, college leaders, and staff members. Unquestionably, that success relies too on the many alumni and friends whose gifts enrich the learning experiences of our students. We are pleased to report two recent gifts from longtime friends of the college that will have a significant impact. 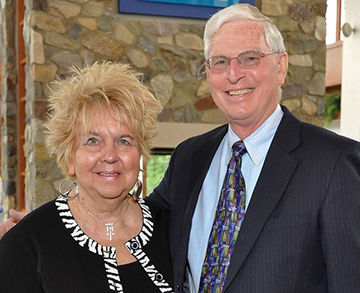 Bob and Sally Metzgar’s support for Behrend could best be characterized by its breadth: Their giving has ex­panded academic scholarships, athletics programs, and day-to-day operations of the college’s admissions, financial aid, alumni relations, and registrar’s offices, which are housed in the Robert and Sally Metzgar Admissions and Alumni Center.

A new scholarship named for Sally Metzgar, who died in July 2019, will extend that reach even further, support­ing diversity efforts at Behrend. The Sally Nelson Metzgar Educational Equity Memorial Scholarship, established by Bob Metzgar, will benefit students whose gender, race, or ethnic identity contrib­utes to the diversity of the college.

“Sally was a nurturing person, and she saw the potential in every student she met,” Behrend Chancellor Ralph Ford said. “It was important to her that Metzgar Center be a resource for all students, and that it serve as a sort of ‘front door’ and welcoming point for the college.”

The former president of North Penn Pipe and Supply, Bob Metzgar is director emeritus of the college’s Council of Fellows and an emeritus member of the Penn State Board of Trustees. The Metzgars’ giving to Penn State Behrend now totals more than $2.7 million, including funding for seven different scholarship endowments. The new fund will support three students every year. 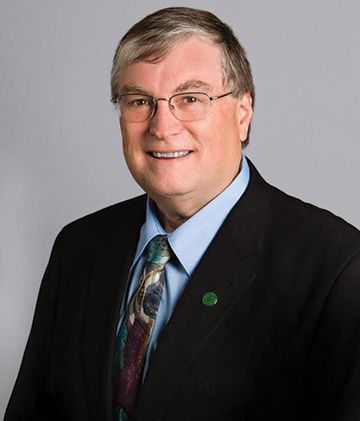 Jeff Kochel grew up on the grounds of Penn State Behrend, where his father, Irvin Kochel, served as chief administra­tor from 1954 until 1980.

“It was mostly field and forest then,” he said. “My mother loved the outdoors, so we spent a lot of time exploring. Wintergreen Gorge was our backyard.”

Outings with his father were different. They’d check the school buildings after the final classes let out for the day.

“I was fascinated with the biology lab in Turnbull Hall,” Kochel remembers. “It was one of my favorite spots.”

Those experiences shaped his childhood, his career in forest and timber management, and a new gift to the college: The Jeff and Pam Kochel Undergraduate Research Fund for Biol­ogy, an endowed fund that will expand undergraduate research opportunities for students in Behrend’s biology major.

“Research allows students to expand their experience, knowledge and under­standing of science, better preparing them for their future careers,” said Dr. Marty Kociolek, director of the School of Science at Behrend. “We are most grateful to donors like the Kochels, who know firsthand the impact of engaging with the natural world in an intentional and sustainable way.”

The new fund will support the college’s Open Lab strategy of learning and discovery, which positions students and faculty members to engage with external partners from business, industry, and community organizations.

“One of the things I like so much about Behrend is that faculty, staff, and students work with the community, and with businesses in Erie and beyond,” Kochel said. “That was important to my dad, and it has carried on through Behrend’s culture. I hope this research grant will provide that type of real-world experience.”

These gifts will advance “A Greater Penn State for 21st Century Excellence,” a focused campaign that seeks to elevate Penn State’s position as a leading public university in a world defined by rapid change and global connections.