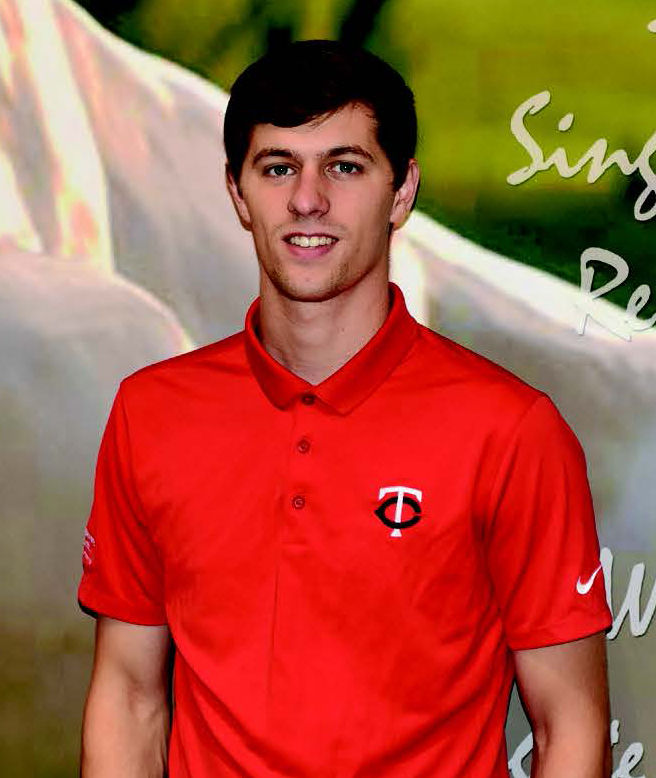 This past summer, Sean Wither interned with Delaware North, a global food service and hospitality company that supports several of the country’s professional sports teams.

From the time Sean Wither was in eighth grade, the Williamsport, Pennsylvania, native’s summers have been spent selling concessions at the Little League World Series.

Initially, it was just a way to make extra cash. In retrospect, it was the start of a career. This past summer, Wither interned with Delaware North, a global food service and hospitality company that supports several of the country’s professional sports teams. Wither was stationed at Target Field in Minneapolis, home of Major League Baseball’s Minnesota Twins.

“I like the sports environment, and I really like the sports supply chain realm,” said Wither, a senior Project and Supply Chain Management major. “There’s something new each day.”

Wither looked into Delaware North after a conversation with his boss at the Little League World Series. While he had worked concessions there for years, he was unaware that Delaware North was the food provider.

In May, Wither moved to Minneapolis for the summer to begin his first professional internship. Every day was different, which is why the role resonated with him.

The work involved more than simply providing concessions to patrons. It entailed leading people and overseeing inventory, and it required Wither to leave his comfort zone at times.

“I found myself in some hard places,” he said. “While I had managed people before, I was not used to being firm in my communications, but it was something I had to do.”

The challenge was not a bad thing.

“I like to be positive in managing people, so it was hard to put on my serious face, but it helped me grow,” he said. “I developed a thick skin, but I also was able to maintain my composure, and it will help me down the road.”

Some days, Wither found himself with as many as thirteen different concession stands to manage. He also assisted in the commissary, where he oversaw inventory.

The days could be long. During a Twins homestand, Wither estimated that he worked seventy hours a week. When the team was away, he averaged about thirty hours per week.

Despite the rigorous workdays, the experience seemed to suit him well.

“I just don’t think a desk job is for me,” he said. “I’m an active person, and I’m a people person. It was great interacting with fans on the job.”

Wither, who will graduate in December, is already preparing for the future. He plans to apply for Delaware North positions and hopes to relocate to Buffalo, the company’s headquarters, after graduation.