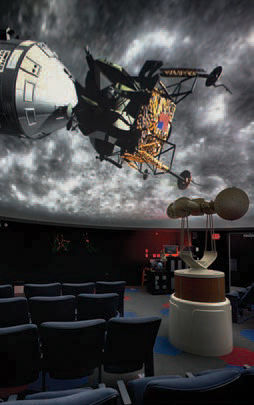 Yahn Planetarium, housed in the School of Science at Penn State Behrend

The National Oceanic and Atmospheric Administration’s (NOAA) National Sea Grant College Program has awarded Sea Grant College status to Penn State, which conducts coastal research through a program based at Penn State Behrend. This designation makes Penn State one of only two universities in the country with land, space, sea, and sun grant status.

The college established Pennsylvania Sea Grant, a collaboration of the University, the Commonwealth of Pennsylvania, and NOAA, in 1998. Since that time, the program has administered more than $17 million in funding, including nearly $3.4 million for applied research projects highlighted by studies of fish tumors, fish habitats, and harmful algal blooms. Pennsylvania Sea Grant’s study of sediment contamination and deformities in bullhead catfish was a key factor in the U.S. Environmental Protection Agency’s 2013 decision to delist Presque Isle Bay as an environmental “area of concern.”

By awarding college status to the program, NOAA elevates the work of Pennsylvania Sea Grant, linking the program’s staff to a national network of more than 3,000 coastal and Great Lakes researchers. Other college-status sites include the University of Michigan, Ohio State University, and the University of Southern California. “This validates our commitment to enhancing Pennsylvania’s coastal areas,” said Dr. Bob Light, director of Pennsylvania Sea Grant and senior associate dean for research and outreach at Behrend. “Our professional staff has collaborated with numerous agencies, organizations, and individuals to sustain and add value to the Commonwealth’s three diverse coastal-related regions of the Lake Erie, Delaware River, and Susquehanna River watersheds.”

Did you know that the Yahn Planetarium, housed in the School of Science at Penn State Behrend, offers public shows year-round? Cost is just $5 for adults and $3 for children 12 and under. All shows are followed by a discussion of the current night sky. Current public offerings include:

Nearly seventy students from Warren County middle schools filtered water, experimented with dry ice, learned basic programming, and studied “the mathematics of tarantulas” while participating in the college’s 21st Century Kids program this spring. The STEM-focused workshops, taught by Behrend faculty members, were designed to introduce students to the college environment and the opportunities a college degree can provide.

This summer, seventy-five junior and senior high school math teachers from the tri-state area returned to the classroom for Penn State Behrend’s Best Practices in Teaching and Learning Mathematics conference. This was the third year for the event organized by Dr. Courtney Nagle, assistant professor of mathematics education, and Jodie Styers, lecturer in mathematics education. Teachers were able to pick from a variety of workshops to attend such as “Please, Not Another Worksheet,” “Teaching Kids to Learn From Their Mistakes,” and “The ZEN of Mathematics.” 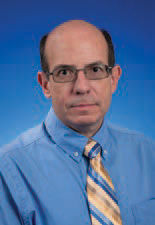 Dr. G. William “Bill” Baxter, associate professor of physics and a member of the School of Science faculty for more than twenty years, passed away in late September after a long illness. As many former students who took his classes in introductory physics, electronics, optics, or research methods can attest, Baxter loved science, and he reveled in encouraging students to explore the diverse world of physics. “Teaching for me,” he said, “is a way to share the wonders of physics with others." He will be missed.