You may not think of Behrend as a training ground for future physicians, dentists, optometrists, pharmacists, physician assistants, even veterinarians, but the School of Science has a pre-health program that is strong and growing—and receiving rave reviews from students.

In the past four years, more than fifty students have completed their undergraduate work and moved on to professional schools in the health sciences. Some of these students shaved off a year of their undergraduate studies by taking advantage of the college’s accelerated 3+4 program with affiliated institutions including Ohio State University, the University of Buffalo, and Lake Erie College of Osteopathic Medicine (LECOM) in Erie.

Science News reached out to several pre-health students, some in their final year at Behrend and some in their early years of health profession education, to find out why they chose Behrend and what advice they have for students interested in a career in health sciences.

Finishing final year at Behrend as a 3+4 student, accepted at Ohio State University’s College of Optometry

Career goal—to be an optometrist.

A visit with her grandfather inspired Kayla Eshbaugh to pursue a career in optometry. “While we were visiting, half of his vision went black,” she said. “At the optometrist’s office, we learned that it was because his retina was detaching in his left eye. He was scheduled for immediate laser surgery, which was successful in restoring his vision. That experience spurred my interest in optometry.”

Job shadowing and a part-time job as a technician at an optometry office confirmed her chosen profession.

Family also played a role in her college choice. “We’re a Penn State family,” she said, “Both of my parents went to Penn State. A search for accelerated programs led me to Behrend. I visited and felt as though I’d have opportunities at Behrend that I wouldn’t elsewhere, including leadership roles in clubs and the chance to do research and volunteer work.”

Proof of a choice well made, Eshbaugh said, was in the Optometry Admission Test (OAT). “The way Behrend’s program was laid out helped prepare me for the OAT. I had just covered much of the content in my classes.”

Faculty members, including associate professors of biology Dr. Beth Potter and Dr. Todd Cook, who also serves as coordinator of the pre-health programs, prepared her not just for the test, but for admission into optometry school.

“They helped me practice for my admissions interview, asking me mock questions that helped me be more comfortable and prepared for the actual interview.” 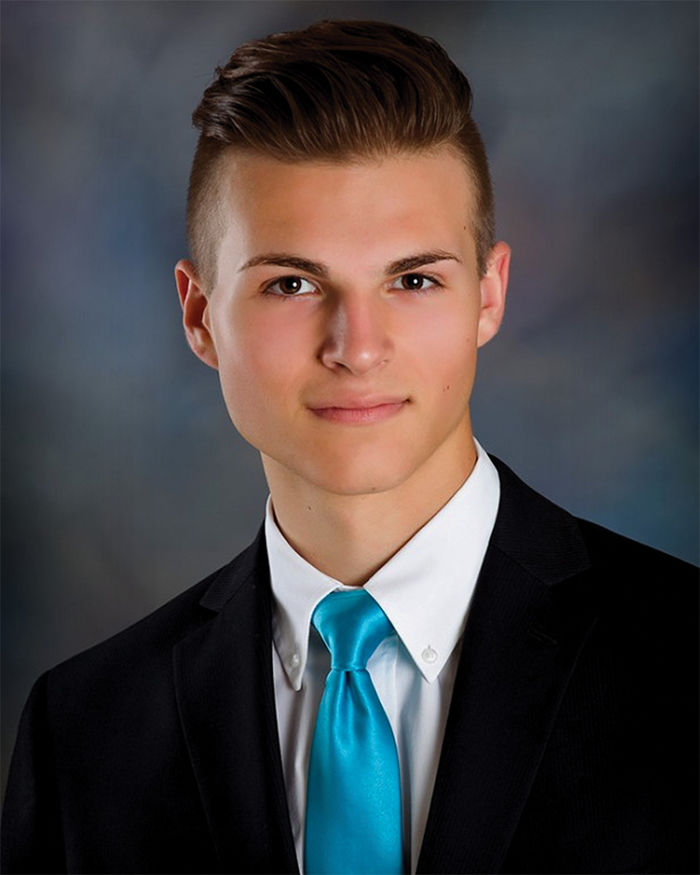 Finishing final year at Behrend as a 3+4 student, accepted at LECOM

Unlike many in the health-care fields, Jacob Oslosky didn’t feel “called” to be a doctor. For him, the realization came more quietly, confirmed after several job shadowing experiences.

Drawn in by friendly faculty and staff members and students, he saw Behrend as a way to have the best of both worlds, enjoying the benefits of a large university with the perks of a small-college experience.

“I ultimately chose Behrend because I knew I would be able to have close relationships with faculty and the chance to do research work,” he said.

A Biology major at Behrend, Oslosky said he was surprised at how interdisciplinary the content is. “You have to understand chemistry and the other science disciplines in order to effectively comprehend concepts in biology,” Oslosky said.

Wrapping up his final year at Behrend, Oslosky said he feels well-prepared for medical school.

“The faculty members involved in pre-health programs are knowledgeable, realistic, and helpful, often suggesting opportunities to students when they know it will help them become a more competitive applicant to medical school or play a meaningful role in their career journey,” he said. “My experience in the pre-health program has been phenomenal; it is very well-organized, and students get support before they even know they need it.” 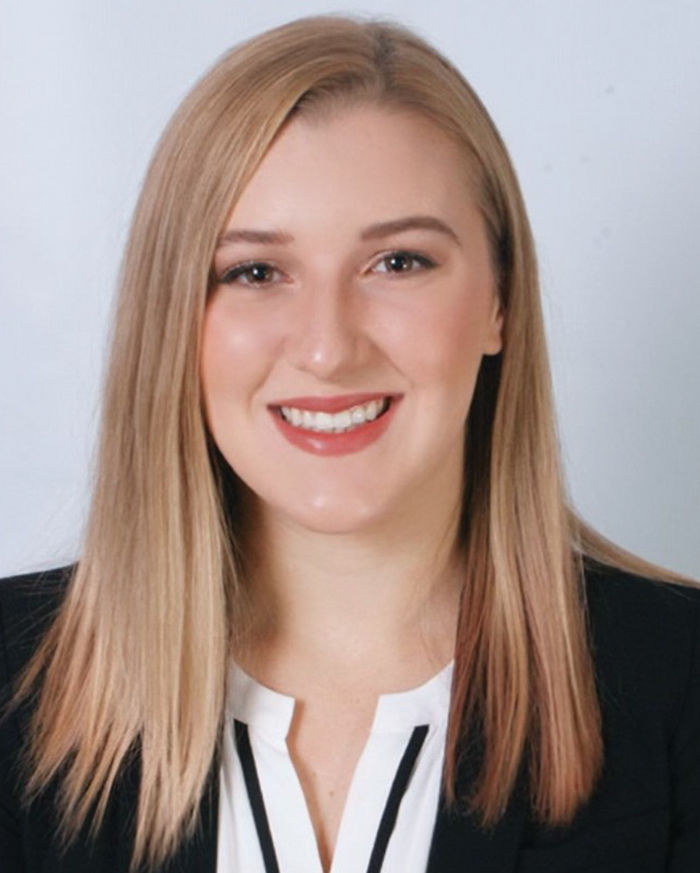 In her first year in the physician assistant studies program at Mercyhurst University, where she received a full scholarship from the National Health Service Corps

Career plans—to work as a physician assistant in primary care.

Not only is Taylor Hibbard attending a two-year master’s degree program in physician assistant studies for free, but the National Health Service Corps Scholarship that she received also helps pay for school supplies and living expenses. In exchange, Hibbard is committed to working in a medically underserved community for two years after her graduation.

“I considered many of the medical professions, but ultimately chose to pursue physician assistant school,” she said. “I’ll start in primary care but may choose to specialize later, possibly in dermatology, surgery, or pulmonary critical care.”

Like the other pre-health alumni, she felt ready to take the next step in her medical career.

“Behrend prepared me for the rigorous learning of P.A. school, which my professors say is like ‘drinking from a fire hose,’” she said. “I am still able to recall lectures from my junior year at Behrend that have helped me a lot.”

Her advice for current Behrend students?

“Get involved in extracurricular activities and clubs,” she said. “Not only were they fun, but they helped me secure shadowing experiences and letters of recommendation for grad school.” 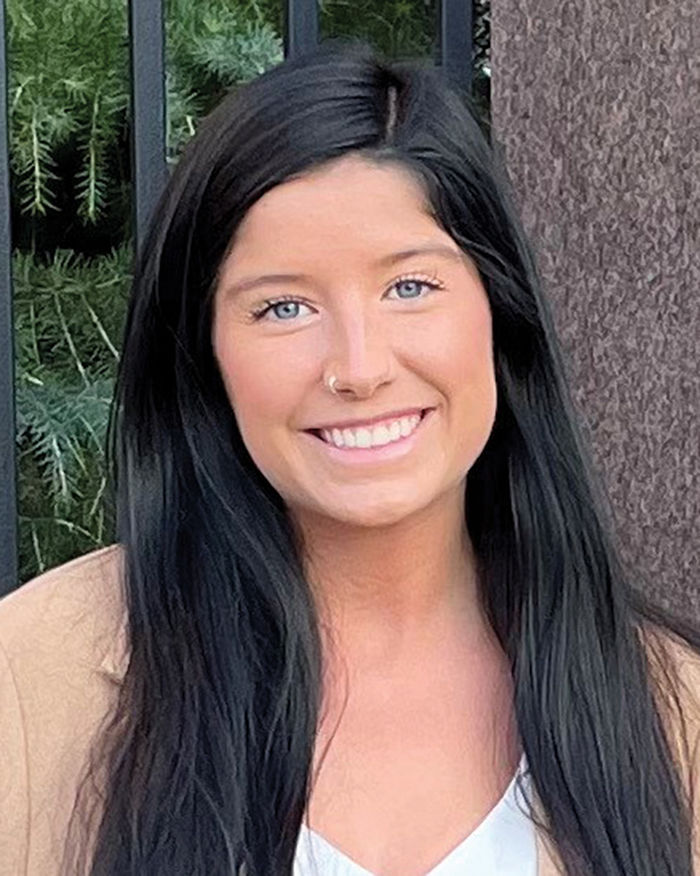 Career plans—to be a surgeon. Still deciding on a specialty, but top interests are pediatric, orthopedic, or trauma surgery.

In her high school anatomy class, Devin Hill observed an open-heart surgery that led to her current career path. “I was fascinated by the surgeon’s skill and confidence,” Hill said. “I was intrigued by the human body—how it looked, the deformities that may occur, and the ability our bodies have to heal.”

She went on to shadow more than thirty physicians in specialties ranging from infectious diseases to pediatric urology, sampling many of the careers a medical degree had to offer.

“I want to be a surgeon because it is a combination of lifelong scientific learning and the ability to serve others, save lives, and alleviate pain,” Hill said.

Almost a year into medical school, she said she has a true appreciation for the phrase, “Medicine is a lifestyle.”

“For the next three-and-one-half years of medical school and five years of residency, and decades of being an attending physician, I will be eating, sleeping, and breathing medicine.”

Medical school, Hill said, is big league. “On a scale of difficulty from one to ten, undergraduate school is about a two and medical school is more than a ten.”

Hill said Behrend helped prepare her for the challenge. “The professors care about you like their own children,” she said. “They want you to succeed and will give you advice and resources you need. When I started medical school, I remember thinking ‘I am so thankful that Dr. Potter told me to take immunology!’ I felt very prepared to enter medical school.” 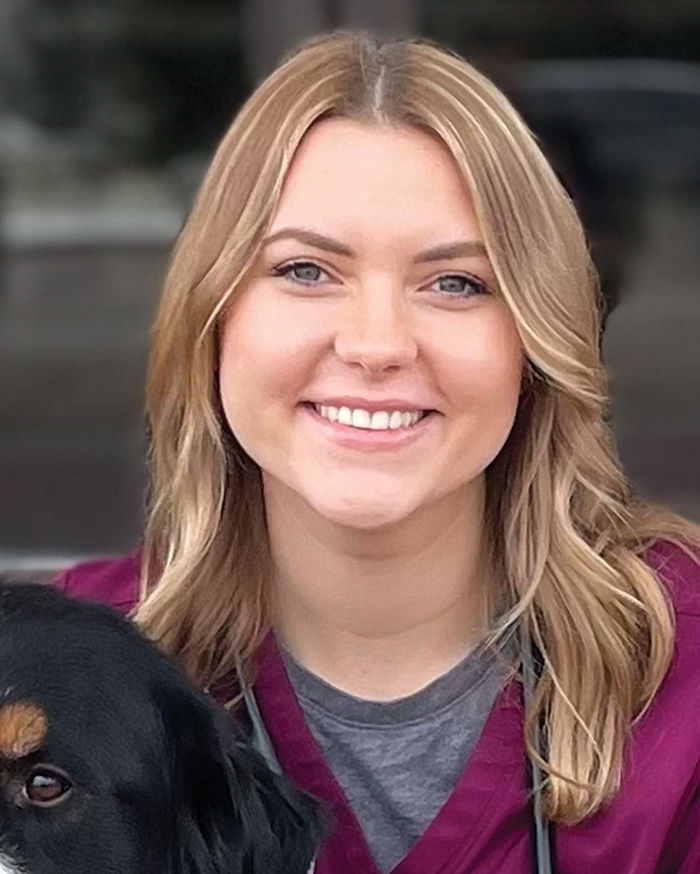 Career plans—to be a veterinarian specializing in either large animal surgery or small animal orthopedic surgery.

Like many youngsters, Morgan Shields loved animals and wanted to be a veterinarian. By the time she was in high school, though, Shields had decided she didn’t want to go to school for eight more years. At Behrend, she bounced around among a few majors until she decided to take a couple of years off to figure things out.

During that time, she worked as a veterinary technician in her hometown of North East, where she found herself longing to do more advanced problem-solving. Her boss, Gerald Ramsdell, D.V.M., encouraged Shields to return to school.

“I woke up one day and knew I was going back,” she said. “From there, it took a lot of discipline and determination, and the support of my husband, my family, Dr. Ramsdell, my adviser Dr. Cook, and my other professors at Behrend who helped me bring my GPA up quickly so I could apply to veterinary schools.”

“I received a high-quality education at Behrend,” Shields said. “I was 100 percent ready for veterinary school. Some of the best courses I took were Comparative Anatomy, Mammalian Physiology, and Immunology. I was surprised by how prepared I was compared to others in my class.”

Shields is quick to caution that it’s not an easy path. “I would advise that anyone considering vet school be absolutely sure that it is what you want to do,” she said. “It’s a tough road and very competitive. But, it’s rewarding, too.”