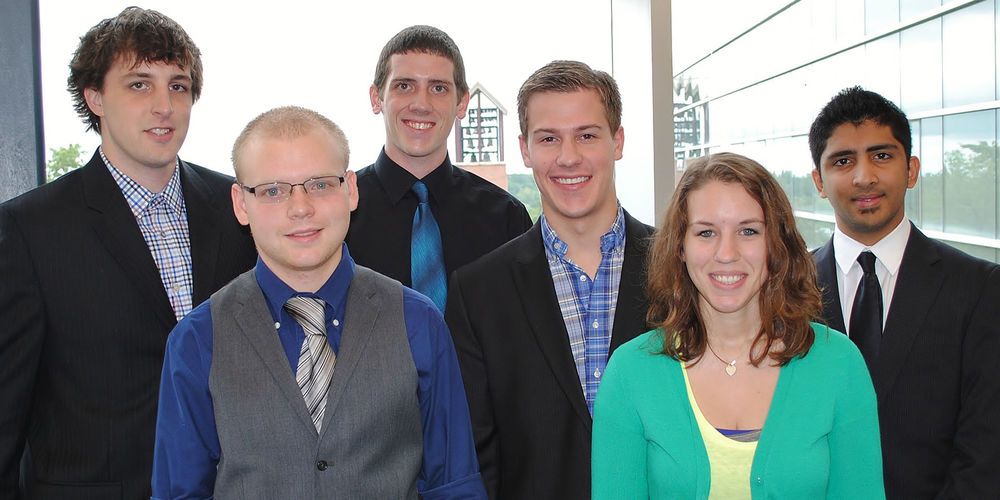 Five students will represent Penn State Erie, The Behrend College, at the 2014 Chartered Financial Analyst Institute Research Challenge. They will produce a detailed financial report and valuation of PPG Industries, a top global supplier of paints, coatings, optical products and glass, and will present their findings to a panel of high-profile financial analysts selected from the membership of the CFA Society of Pittsburgh.

The students will work closely with a Pittsburgh-based analyst to prepare their valuation of PPG, which has manufacturing facilities in 38 countries. The company’s aerospace, automotive, marine and architectural products generated $15.2 billion in sales in 2012.

“Team members will conduct research, develop an equity valuation report and present their findings in a framework equivalent to an equity analyst,” said Greg Filbeck, professor of finance and the Samuel P. Black III chair in finance and risk management at Penn State Behrend. He is serving as the team’s adviser. “In the process, they develop a portfolio showcase that enhances their marketability and access to job opportunities with top security analyst and investment banking firms.”

Students from Carnegie Mellon University, Duquesne University, West Virginia University and the University of Pittsburgh also will compete in the local challenge, which will be held in Pittsburgh in March. The winners of that competition will advance to one of three regional events; from there, the top teams will meet in Bangkok for a final round of competition.

The Penn State Behrend team – Adrian Pinto, of Erie; Jainik Mody, of Mumbai; Kyle VanDusen, of Tioga; Chris Dall, of Erie; and John Fetchko, of Sarver – along with a backup, Ashley Siber, of West Newton, already has begun work on the report. Team members will participate in a two-hour session with PPG executives at the company’s headquarters on Oct. 2. Each will spend approximately 150 hours preparing for the competition.

The CFA Institute started the global research challenge in 2006. Since then, nearly 10,000 students have participated in the competition, which is considered “the investment Olympics” for university students.