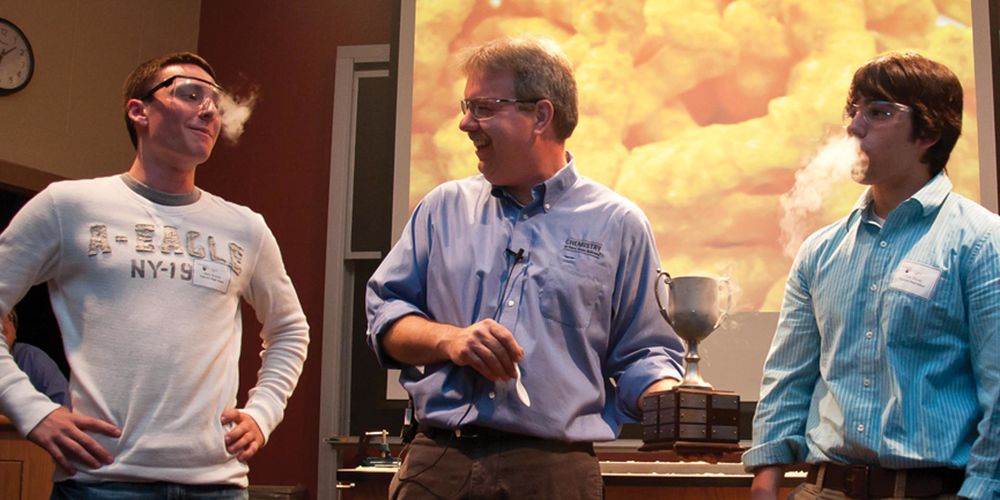 The School of Science has extended its considerable youth outreach efforts yet again.

Science has long hosted Chemistry Day, an event that gives high school students a chance to put their AP and Honors chemistry skills to the test in a college laboratory setting. A similar Physics Day event was added in 2009. This spring, after a year’s preparation by science faculty members and staff, the college became a first-time regional host for the national Science Olympiad program. Nearly 500 middle- and high-school students from twenty-four northwestern Pennsylvania schools spent a day on campus competing in individual and team events in biology, earth science, chemistry, engineering, physics, and computing.

From a grassroots movement in the early 1980s to a national presence of 6,200 teams and representation from every state, Science Olympiad has grown into the nation’s premiere science competition. Like athletes, the teams had been training for the challenges they’d encounter. “Some might say these students are our best and brightest, but I’d also say they’re our most interested,” physics lecturer Paul Ashcraft, the college’s Science Olympiad point person, said in the Erie Times-News’ coverage of the event. “Some of these kids have been researching for months.”

Jared Peters certainly had. The Maplewood Jr./Sr. High School freshman brought an instrument crafted from plywood and coping saw blades to compete in Sounds of Music, which challenges students to not only build a musical instrument based on a 12-tone tempered scale, but also use it to perform a major scale, a required melody, and a chosen melody. “I probably spent around fourteen hours working on the instrument,” Peters told the newspaper. “But that was just the actual construction. The research and things—I can’t even begin to tell you.”