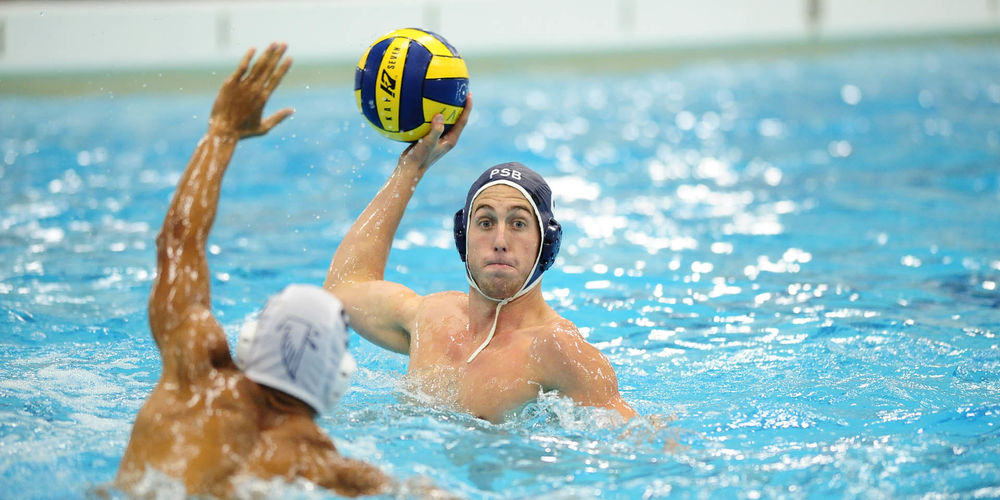 Asked to explain water polo to a person with no concept of the sport, head coach Joe Tristan puts it in terms any native Northerner can understand: “It’s like hockey in the water.”

Ah, now that makes sense. Hockey we Northerners understand. Water polo? Not so much. It’s time we broaden our athletic horizons, though, because while it has traditionally been a California thing, the sport of water polo is spreading to the northeastern states.

Penn State Behrend has had varsity men’s and women’s water polo teams since 2000. Once one of the only Division III teams north of the Mason-Dixon line, the Behrend Lions have seen competition increase each year as more northern colleges add the sport to their athletic offerings.

Don’t confuse water polo with the highfalutin matches played on horseback by future kings. Water polo is not a game for aristocrats and the only horsepower involved is the self-generated kind, as players must kick continuously to stay upright with their heads and chests above water.

Teams play in deep water and players can use only one hand to catch and throw. The goalie can use both hands. It’s not a game for the meek or mild; play can be quite aggressive.

Hence the hockey comparison. In water polo, each team’s objective is to get the ball into the opposing team’s net to score the most points. The team with the highest number of points at the end of thirty-two minutes of play wins.

Players must be very strong swimmers. Exceptional leg and core strength is needed to stay upright in the water while catching and throwing the ball with one hand and fending off opposing team members with the other. It’s a fast-moving game that features plenty of whistling from the referees on the pool deck. But spectators need not understand every rule or whistle to enjoy a game.

“The action is non-stop because there are just four eight-minute quarters of play at the college level,” Tristan said. “It’s very exciting.”