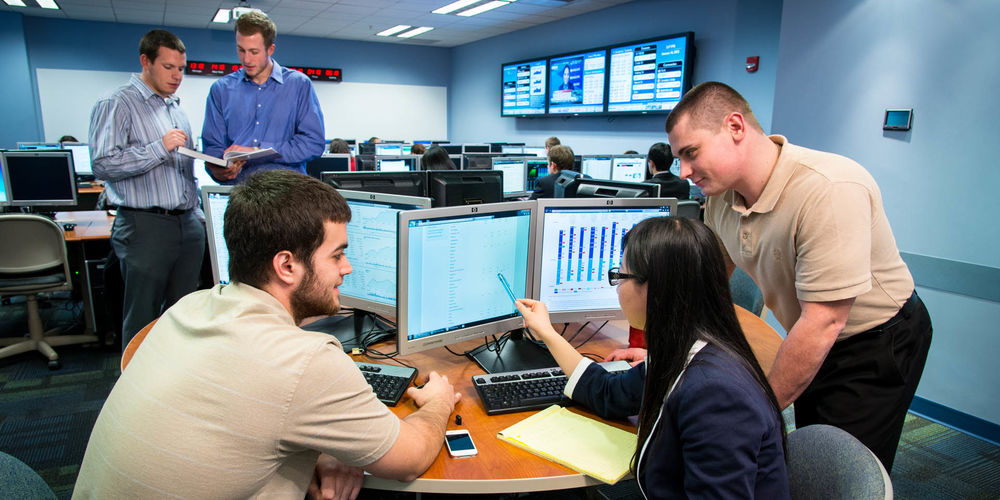 The best way to teach business students to be prudent with investments is to give them some real money to spend.

“When you’re working with a mock portfolio and you mess up, there’s no damage done,” said Vincent Intrieri, a 1984 graduate of Penn State Erie, The Behrend College. “But when it’s real money, with real consequences, you focus. You can’t explain it away, saying, ‘Oh, well. My model didn’t work so well.’”

Any profits will be reinvested in the fund, which will be measured against the S&P 500 and other indexes. Money that is lost is gone forever.

“You feel that responsibility,” said Amy Rice, a senior from North East. She is in charge of picking health-care stocks for the fund.

“Before, when we were working with models, it just seemed like Monopoly money,” she said. “Now, you feel an obligation – ethically, professionally, everything. It’s more than your reputation on the line.”

As a result, the students are being more cautious. “They aren’t talking about investing in crazy unknown South American mineral mines,” Holzhauer, an assistant professor of finance, said. “When they actually have a real investment strategy that includes risk management, and when real money is at stake, they automatically get more conservative.”

They also get more interest from potential employers. The fund gives students a real-world example of their investment work – a starting point for a discussion of investment strategies.

“I’ve been interviewing,” said Jim Keeley, a senior from Imperial and president of the fund. “And every one of these employers, when they see this on my resume, asks, ‘What’s this about?’”

That leads to longer conversations, which reveal a key lesson that already has been learned: The student investors – even the seniors, who are soon leaving – are in this for the long-term.

“Going into this, everybody thinks, ‘Yeah, we’ll find the next Apple, and we’ll all be millionaires,’” Keeley said. “But it doesn’t work that way. You look for little wins. You hit singles and doubles, and you build on them, and you go from there.

“We’re being careful,” he said. “No one wants to be the guy who tanks the portfolio and ruins this for the students coming up behind us."