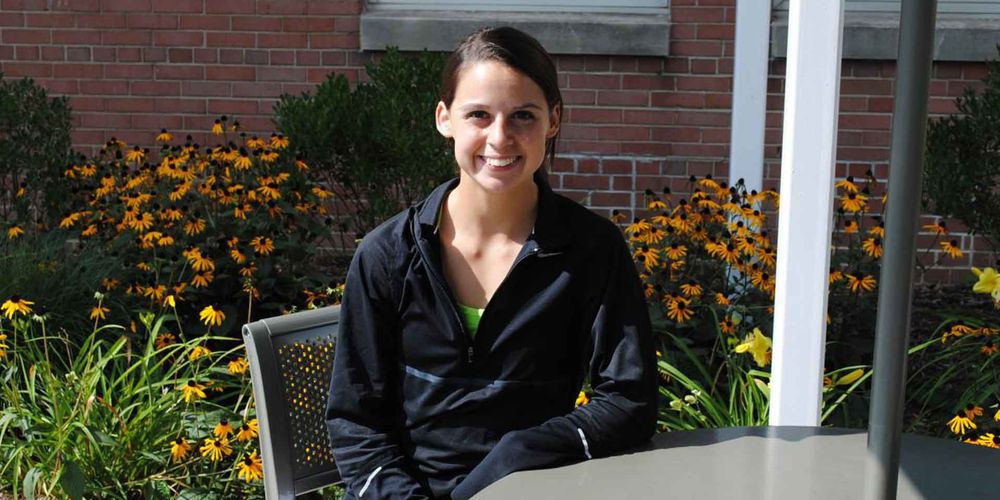 Miranda Boatman took a deep breath as she boarded the Lockheed C-130 Hercules aircraft. After two-plus weeks of training, the time had finally come.

Within minutes, the Penn State Behrend junior childhood and early adolescent education major would be more than 1,200 feet above ground. Then she would jump from the aircraft and fall at speeds exceeding 130 miles an hour.

“Once we’re in that plane, and they open that door, that’s when it gets real,” said Boatman. “There’s only one way down.”

“They teach you how to do a PLF — parachute landing fall,” said Boatman, a member of The Pride of Pennsylvania ROTC Battalion (which includes students from Penn State Behrend, Gannon University, and Mercyhurst University). “For me, it wasn’t as bad because I’m smaller, so I hit the grounder lighter.”

The training schedule that leads to the completion of an airborne jump is significant. It’s broken down into three weeklong intervals: ground week, tower week, and jump week.

Once the training has been completed, participants are expected to be able to execute jumps, deploy parachutes, land safely, pack swiftly, and move to a designated rally point.

Boatman said the training could be tedious at times, especially during ground week, but it’s a tried-and-true process.

“With ground week, you start on a (34-foot) platform and start swinging back and forth. They say they’ve been teaching these same methods for over twenty years, and it obviously works,” Boatman said.

During week two, participants practice jumps from 250-foot towers. The week is devoted to teaching all of the different phases of parachute flight.

The training process is far from easy. According to Boatman, more than 150 participants in her training group were dropped from the training because their jumps were not proficient during weeks one and two.

Those who made it to week three were in for some real, high-flying fun.

Boatman made a total of five jumps from the aircraft, including a night jump that proved to be the highlight of her experience.

“After you hit the ground on that jump, you knew you were getting your wings, so that was pretty great,” she said. “Everyone’s adrenaline was going after that jump, and everyone had their own little story about it.”

Boatman’s success in jumping should not come as a surprise. It’s in her blood.

Her father, John Boatman, completed the same training years earlier before serving in the National Guard. He was on hand for his daughter’s jumps and presented her with her airborne jump wings on the final day of the training.

Boatman plans to follow in her father’s footsteps and join the National Guard after her graduation in 2015. She’s thankful for the experiences ROTC has given her, especially her unique “summer school” venture.

“I just had such a great summer,” she said. “ROTC has provided me with so many opportunities that I wouldn’t have otherwise had. I wouldn’t have been able to jump out of a plane. That’s just not something a normal college kid gets to do.”