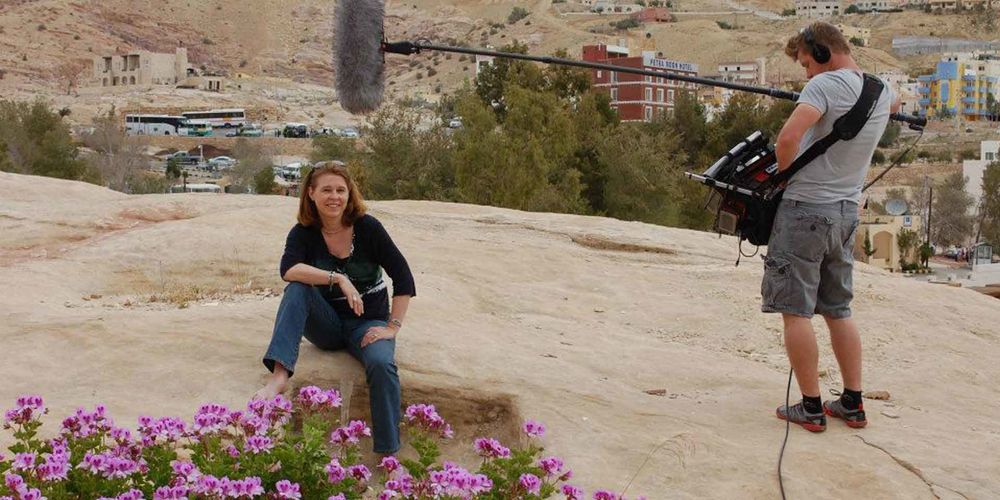 A new PBS series about a research team that uses laser technology to examine key archeological sites, including the Egyptian pyramids, features the work of Leigh-Ann Bedal, associate professor of anthropology at Penn State Erie, The Behrend College.

Bedal appears in the final episode of “Time Scanners,” a three-part series that originally aired on the National Geographic channel. She discusses her work at a unique garden and pool complex in the ancient Jordanian city of Petra, which once was part of the Nabataean kingdom.

Find the full episode of "Time Scanners: Petra" on PBS.org.

The Petra site is the only example of a Nabataean garden known to archaeologists. Bedal, who first began excavating the site in 1998, has discovered evidence of an elaborate hydraulic system, including channels, pipelines and a diversion tank, that transported water to the pool and to a large garden terrace to its north.

Bedal discussed the site on “Time Scanners” with members of the Center for Advanced Spatial Technologies at the University of Arkansas. CAST researchers use remote sensing technology to create “point clouds” – three-dimensional measurements that accurately model ancient ruins and landscapes. They then use a process called photogrammetry to interpret the data.

Other episodes of the series took the team to the Egyptian pyramids and to St. Paul’s Cathedral in London.

During their visit to Petra, the researchers focused on the stonework in the city’s largest building – the Monastery, a massive temple cut into a mountainside at the top of an 800-step rock path.