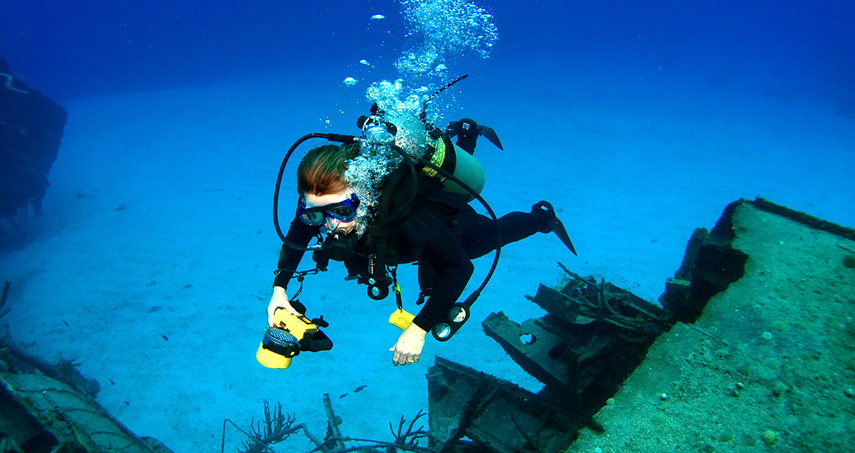 Lake Erie’s richest history is 60 feet beyond our reach – in the wreckage of the Canobie, the Abyssinia, the Dean Richmond and the S.K. Martin.

A new exhibit at the Tom Ridge Environmental Center tells the stories of those ships, the men lost with them and the work on maritime trade routes that allowed Erie and other waterfront cities to grow. The exhibit, “Great Lakes Shipwrecks,” opens Feb. 1 and will continue through April 25 in the second-floor gallery at TREC. It was developed by Pennsylvania Sea Grant, the Pennsylvania Department of Conservation and Natural Resources, the Erie Maritime Museum and the Erie County Historical Society.

Admission to the exhibit is free and open to the public daily from 10 a.m. until 6 p.m.

“This is an opportunity to appreciate the wonders beneath the waters,” said David Boughton, a Maritime Education Specialist for Pennsylvania Sea Grant, an outreach collaboration of the Pennsylvania State University, the Commonwealth of Pennsylvania and the National Oceanic and Atmospheric Administration. “Each of these shipwrecks tells a story.”

Few are as dramatic as the sinking of the New Connecticut, a schooner that capsized in 1833. The crew escaped, but a passenger – the aunt of Captain Gilman Appleby – was trapped in her cabin. Three days later, a diver probed the wreckage with a pike, looking for her body. Two days after that, the ship was raised and towed to port. When the salvage crew righted it, the woman staggered onto the deck, alive. She had found an air pocket and survived five days in shoulder-deep water.

The Great Lakes are littered with broken ships. Experts believe at least 6,000 vessels, and perhaps as many as 25,000, rest on the lakes’ floors. For each wreck that has been commemorated—including the SS Edmund Fitzgerald, which inspired a hit song by Gordon Lightfoot—a dozen others have been forgotten.

“Great Lakes Shipwrecks” revives their stories in the best way possible: with underwater photographs, maps and actual wreckage that has washed ashore at Presque Isle State Park. Displays developed by New York Sea Grant and Sea Way Trails fit the wrecks within the historical context of maritime commerce and transport on the Great Lakes, from sailing ships to steamers and beyond. Equipment used to conduct underwater surveys – including sonar gear, commercial scuba diving suits and research-grade and student-built Remotely Operated Vehicles and cameras – also is on display.

On Feb. 6 and March 5, archeologists will be on hand to identify and document any shipwreck artifacts found by local citizens. Interviews will be recorded for a “Living History” project focused on shipwreck sites, stories and artifacts and the history of commercial waterfront operations. That work will help shape the Pennsylvania Department of Environmental Protection’s coastal zone management marine spatial survey and will support the campaign to designate Presque Isle Bay as a National Marine Sanctuary.

“Great Lakes Shipwrecks” was curated with funding from Penn State and the Pennsylvania Coastal Resources Management Program. For more information, or to schedule a living history interview, contact David Boughton at [email protected] or (814) 720-0746. For class trips and other educational opportunities, contact Beth McLaughlin at [email protected] or (814) 833-6050.