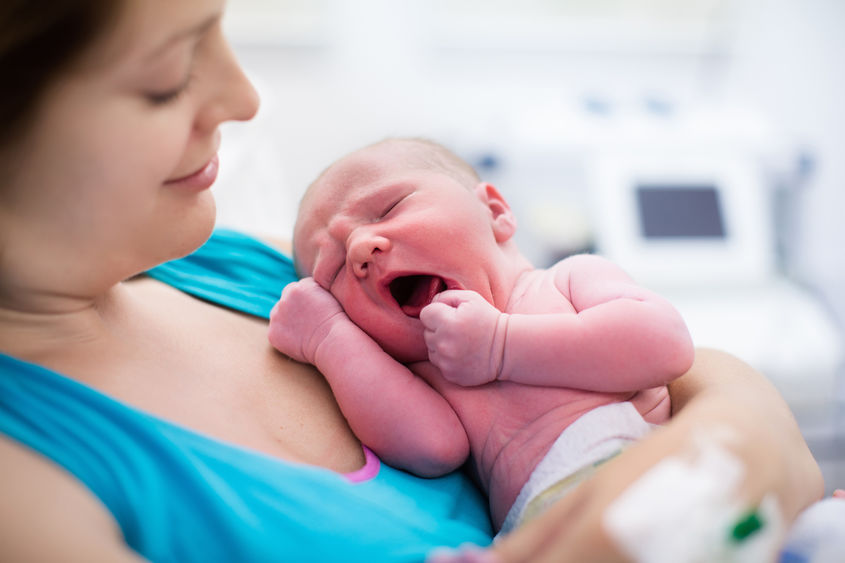 Encouragement and reassurance from a trusted romantic partner can ease the body's response to pain during childbirth and other acute episodes, research by a Penn State Behrend professor shows.

ERIE, Pa. — Unless he’s the doctor, there isn’t much a man can do in a birthing room. He can fetch ice chips or prop pillows behind the mother’s back. He can suggest some Lamaze breathing — "Hee hee hooooo" — when the contractions intensify. He can stop when she’s had enough of that.

He also can also offer emotional support: a calm patter of encouragement and reassurance. That can buffer some women’s perceptions of acute pain, said Carol Wilson, an associate professor of psychology at Penn State Erie, The Behrend College. The effect can be measured as a physical response, including a decreased heart rate.

Wilson, who presented research on the topic as part of the college’s Colloquium Series in Psychological Sciences and Human Behavior, focused on acute pain: toothaches, broken bones and childbirth. “Those are short-term pains that typically resolve themselves,” she said. “You get better.”

She simulated those conditions in a lab, using a “tourniquet task” — a tightened blood-pressure cuff that caused physical discomfort. Researchers fitted the cuff onto 65 women, who were then instructed to do hand-grip exercises while seated at a table, noting their level of discomfort as the experiment progressed. Each woman was accompanied by her romantic partner, who remained with her throughout the experiment.

The women’s responses to the arm pain corresponded to three distinct styles of relationship attachment, Wilson said. Women who felt secure and supported in their relationship were generally able to manage the pain when their partners were supportive. “They tend to trust the other person,” Wilson said. “They don’t have any qualms about asking for help.”

Women with dismissive or avoidant tendencies showed the opposite pattern, feeling more pain when their romantic partners were more supportive. They tend to suppress or ignore discomfort, at least in the short term. When her partner is anxious, a dismissive or avoidant woman’s emotions can rush in and overwhelm her, Wilson said.

Women whose experiences with a parent or partner have been inconsistent — who felt supported at times but abandoned or ignored at others — report the most pain, and do so in the shortest amount of time. They may even exaggerate their pain — what researchers call “catastrophizing” — to elicit sympathy from their partner.

These women also tend to pay more attention to their partner, Wilson said. “If the partner is being supportive, they might do better,” she said, “but if the partner isn’t there, or isn’t helping, they can quickly feel overwhelmed.”

In addition to the physical pain, women with inconsistent partners may also suffer an emotional wound — the sense that their partner has abandoned them at the moment they most needed support. “That response is anchored to their past experiences,” Wilson said. “When they have tried to make their emotional and physical needs known, they haven’t gotten the support they needed. So they elevate their need, and their expression of it.

“It isn’t purely subjective, either,” she said. “There is a clear physiological response.”

That was a key finding in Wilson’s study: A woman’s relationship attachment, and her partner’s support, can directly influence her body’s reaction to pain. Women with dismissive or avoidant tendencies, for example, had lower heart rates throughout the experiment, even at the peak of their pain.

So, back in the birthing room: What exactly should the man do?

“The thing to remember,” Wilson said, “is that support is not one-size-fits-all. If you go to a Lamaze class and they tell you to support your partner by providing encouragement and showing concern, that’s fine for most women, because most women have secure attachments. But some women may need different amounts, or even a different type of support.

“That’s why it’s so important to talk to each other, and to keep talking, in order to communicate what, and how much of it, you need.”