UNIVERSITY PARK, Pa. — Dawn Blasko, associate professor of psychology and chair of the Elementary and Early Childhood Education program at Penn State Erie, The Behrend College, has been appointed executive director of the University Faculty Senate. Blasko, a past chair and member of the Faculty Senate for nearly 17 years, will begin her new role on July 1.

As executive director, Blasko will be responsible for overseeing all functions of the Faculty Senate office and for supporting and facilitating the Faculty Senate in the performance of its duties as a representative body of Penn State faculty members. She will replace Daniel Hagen, who has served in the role since 2014.

A member of the Penn State Behrend faculty for more than 23 years, Blasko has been actively involved with the Faculty Senate for much of that time, serving as an elected officer for five years and as chair in 2007-08. Recently, she served as chair of the Senate Committee on Committees and Rules. During her time as chair, she helped lead initiatives to change first-year general education requirements, address student high-risk drinking, and establish a Faculty Senate Trustee Scholarship.

“It’s an honor to appoint Dawn to this leadership position. We are very grateful for all that Daniel Hagen has accomplished as executive director of the Faculty Senate, and we look forward to the continuation of this work as Dawn brings her own perspectives and vision to the role,” said Nick Jones, executive vice president and provost. “Dawn is a passionate educator and an advocate for faculty throughout the University, having dedicated her career to transforming the educational model for students and faculty at Penn State Behrend and beyond. The senate will be thrilled to welcome her back, now as executive director.”

In her new role, she will counsel and support Faculty Senate leadership in all of its activities and will be responsible for overseeing the annual election process to appoint officers, collaborating with campus leadership and administrators, leading the creation of annual publications, and more.

Over the years, Blasko has taught a variety of courses in psychology and developed the first undergraduate general education course in cross-cultural psychology at Penn State. She also has instructed students in research methods in lab courses, and has co-led embedded study trips to Japan and South Africa for students to learn about history and culture and present research at the International Congress of Psychology.

“It is with great enthusiasm that I assume the role of executive director of the Faculty Senate. I look forward to working with the senate officers and the 200 faculty senators from every academic unit who devote their time, energy and creativity to shared governance at Penn State,” said Blasko. “Nowhere is the idea of ‘one’ University better realized than within the University Faculty Senate.”

In 2011, Blasko was honored with a Milton S. Eisenhower Award for Distinguished Teaching for excellence in teaching and student support, as well as for being a leader in diversity, educational equity and public service efforts at Penn State Behrend. She also was honored with an Achieving Women Award by Penn State’s Commission for Women and a Penn State Math Options’ Vision and Passion Award for her contributions to exposing middle-school girls to careers in science, technology, engineering and math (STEM) fields.

Blasko also has taught at Binghamton University and Luzerne County Community College. She is a member of the American Psychological Association, Society for Psychophysiological Research, and Society for Computers in Psychology, among others.

She earned her bachelor’s degree in psychology from Marywood University and her master’s degree and doctorate in cognitive and language sciences from Binghamton University.

The University Faculty Senate — which represents more than 5,600 full-time faculty at 23 Penn State campuses — is comprised of faculty senators who serve as a legislative body on matters pertaining to educational interests of the University and issues affecting faculty members throughout Penn State’s colleges. 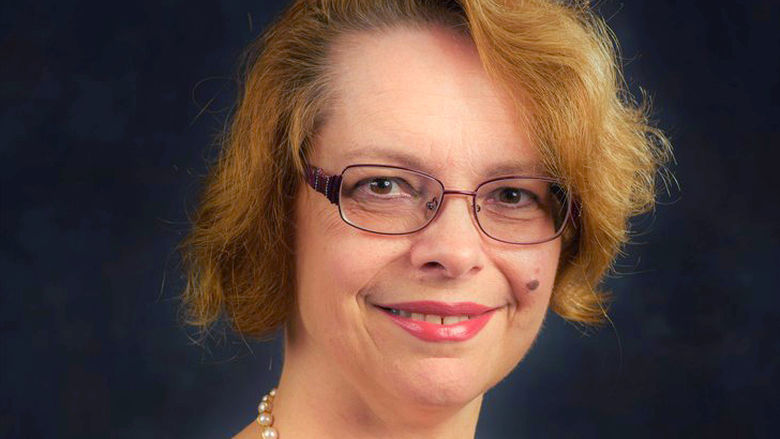 Dawn Blasko to step down as Faculty Senate executive director