Archaeologist to discuss findings from excavation in Jordan 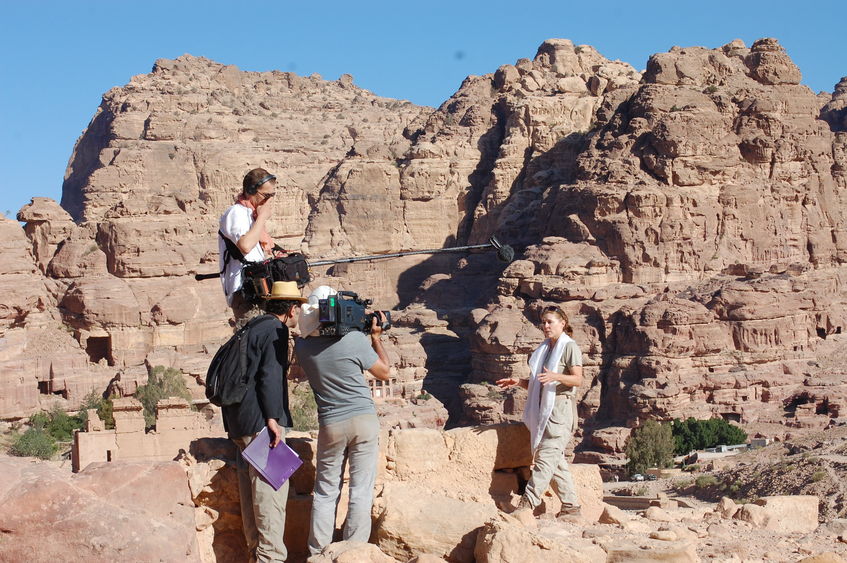 Penn State Behrend faculty member Leigh-Ann Bedal has been in the news recently for her work in Jordan, where she is director of the Petra Garden and Pool Complex excavation.

Bedal will be the first speaker for Teaching the Mediterranean 2016-17 at Penn State Greater Allegheny. She will discuss “The Decline of Petra's Water System: A Case of Politico-economic Collapse in the Eastern Mediterranean.”

The talk, which is open to the public, takes place at 12:15 p.m. Sept. 26 in the Student Community Center's Ostermayer Room on campus.

This will be Bedal's second visit to Greater Allegheny. She previously spoke about her work at Petra in 2012 when Teaching International focused on the Middle East.

The work at Petra was featured recently in a PBS documentary, Petra: Lost City of Stone. Bedal, associate professor of anthropology, was not able to take students to work at the site in 2015, but hopes to resume in 2017.

Bedal received her doctorate in anthropology from the University of Pennsylvania. Over the past 30 years, she has participated in archaeological fieldwork in Iraq, Syria and Italy, in addition to her excavations in Jordan.