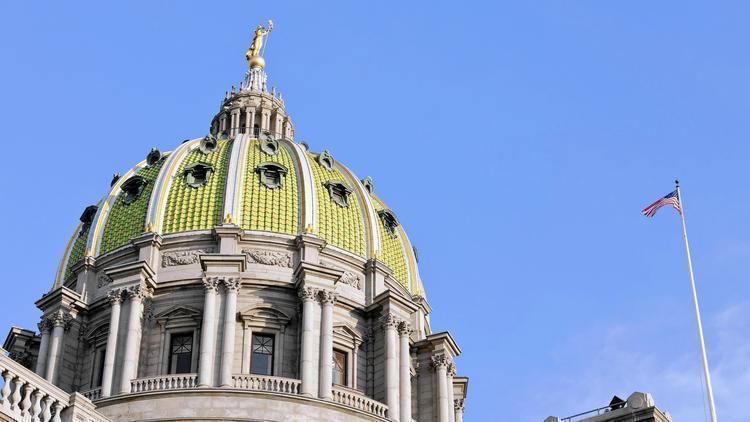 The Pennsylvania Supreme Court has ordered the state legislature to draw new congressional districts by Feb. 9. The court said the existing electoral map gives a partisan advantage to Republicans.

ERIE, Pa. — Pennsylvania’s top court just tore up the state’s congressional map, saying the districts, which were drawn in 2011, give a partisan advantage to Republicans. A big part of the court’s argument: The GOP has held 13 of the state’s 18 congressional districts — the same 13 — since the map was created, even in years when Pennsylvania voters favored a Democratic presidential candidate.

The court’s Democratic majority ordered the legislature to submit a new district map by Feb. 9. A revised map would have an immediate impact on Pennsylvania politics: Candidates for the May 15 primary can now file their nomination petitions before the district boundaries are even set. It also could upend the balance of power in the U.S. House of Representatives.

We asked Robert Speel, associate professor of political science at Penn State Behrend, what happens next.

Q: How likely is it that the General Assembly will comply with this order, given just three weeks to do so?

If the General Assembly refuses to submit a new map, or if they can’t agree with the governor about how the map should be drawn, it’s possible that the court will create the districts itself. They would have to bring in advisers to work with them on that, but they do have the power to do it. We’ve seen it happen in other states.

Q: Is there a better way to draw these legislative districts?

A: Sure there is. Seven states, including California and Arizona, have moved to independent or bipartisan commissions that create the legislative districts in those states. Most people, and probably all political scientists, agree that is a much fairer way to create districts.

Q: Erie County was divided and assigned to two different congressional districts in 2011. What impact did that have, locally?

A: Erie County has the largest concentration of Democrats in the northwestern part of the state. The legislature split it. The congressional districts that now include parts of Erie County are held by Republicans, both of whom live relatively far away and perhaps place more priority on issues that are closer to their homes.

Some people see advantages to the current model, however. We now have two House members who can lobby for Erie on issues, such as federal funding for sand replenishment at Presque Isle State Park. If we lose our connection to one of those House members, we might have less clout at the Capitol.

Q: What might happen to Rep. Mike Kelly, the Butler County Republican whose district most likely would retain Erie?

A: He’d have some work to do. He’d probably lose some of the Republican base in the southern part of his current district when those borders shift. I’m not saying he wouldn’t be re-elected, but it definitely would be a more competitive race.

Q: Could enough districts flip to shift the balance of power in Washington?

A: Statewide, it’s certain that more Democrats would be elected in November. We’ll see that in the Philadelphia area, and possibly in Pittsburgh as well.

If the Democrats can pick up five or more seats in Pennsylvania, that would go a long way toward their effort to retake a majority in the U.S. House. That would likely be the party’s largest gain anywhere in the country.

Speel will join Carol Kuniholm, co-founder and chair of Fair Districts PA, to discuss “The History of Gerrymandering and its Impact on Pennsylvania” at the Jefferson Educational Society, 3207 State St., on Feb. 8. The program, which is free and open to the public, begins at 7 p.m.