Active learning is an integral part of a meaningful education experience and what better way for engineering students to do so than through the creation of robots?

At Penn State Erie, The Behrend College, students in the honors sections of Charlotte de Vries’ EDGSN 100: Introduction to Engineering Design course have become more engaged in the classroom thanks to the ability to make Arduino prototypes. De Vries, assistant professor of mechanical engineering, started this project in the fall as a solution to lack of student engagement and interest in classes where students were unable to build actual prototypes.

Previously, rapid prototyping resources were limited at the Behrend campus, and de Vries had been looking into funding opportunities to solve the problem. Thanks to a grant from the Schreyer Institute for Teaching Excellence, she was able to do so.

"I think prototyping is very important for students because there's a lot that works when you say, 'This is what I'm going to do,' and then actually trying to make it you are going to find a lot more hiccups,” she said.

In earlier semesters, students in de Vries’ class had two core projects: redesign of an electric toothbrush and design of a renewable water well for a developing country.

De Vries said the former involved students coming up with creative concepts of how they would design the toothbrush differently if they were given the opportunity. But at the end of the project, students only had a theoretical design.

"One of the challenges for first-year students is they don't have the background in engineering that allows them to make a very complex design but many of them have somewhat of a background, and they should be able to have that freedom to create,” de Vries said.

The water well project had been a long standby in de Vries’ class, an idea that was originally suggested by nonprofit organization Africa 6000 International. De Vries said students would work in teams of five, and each team would select a developing country and city that needed water accessibility. The teams would study their chosen area’s culture and needs. They would then learn about various topics that would aid them in their design, such as solar power, solar panels and wind turbines.

Now, de Vries said her students are using the Arduino to create a line tracking robot, a project where students assemble the Arduino, run the motors on their own and run the line sensors to gauge sensitivity at varying heights. When they develop the chassis, or base frame, for the robot, students are also being exposed to beta prototyping materials, such as cardboard, popsicle sticks, and zip ties. Integrating what they learn from the beta prototyping, they develop a final prototype, which involves the use of laser cutters and 3-D printers.

Throughout the project, de Vries said that she certainly believes engagement in her class increased. "In all my freshman classes, I see that there's always going to be students who are very enthusiastic about working on a project, but having something where they have more control where it's open-ended and it's not 'Here's a correct solution that you have to come to' but rather 'Here's a design space that you can explore,' you see a lot more exploring."

After the project was completed, 57 students in the class were surveyed. According to Qi Dunsworth, director of the Center for Teaching Initiatives at Behrend, many students said they appreciated the opportunity for concept generation and the lack of constraints in the creative process. Many felt accomplished and said it was stressful but fun at the same time.

“That's the healthy balance for a course,” Dunsworth said. “You try to provide a challenge."

One student in the class said working on the projects in the course helped her better understand the actual process behind designing a product.

“I enjoyed working with a new group of people and coming up with creative designs and connecting it back to the process we used before,” said Amber Gray.

Another student, Erin Loc, agreed that the course changed her ideas about how engineering design works and said that she especially enjoyed learning about coding.

“I began thinking of engineering as problem solving rather than just simply building things,” Loc said.

Students created a lot of cool prototypes, Dunsworth said. These include a miniature aircraft designed to resemble the “Guardians of the Galaxy” spaceship and a robot car that was designed in the shape of a slice of pizza, where the students during demonstrations operated the car to have it carry pizza from one end of the room to the other.

In the future, de Vries said that she is planning to give the project to her honors section again in the coming fall semester, and she believes it will be a great project to expand to the non-honors section in the spring 2019 semester.

“I think it's still very important for students to be working on an industry-suggested project as well,” de Vries said. “One thing we can do is try to see if there are projects that the Arduino is suitable for and related to industries, especially local industries in the Erie area, or possibly combine it with the water well project.”

De Vries believes it is important to continue to innovate in science, technology, engineering, and mathematics, or STEM, curricula. “In mechanical engineering, if you can program and you can code, that gives you such a leg up,” she said. “It's such an important skill to have but many of the students will take their computer science and coding class and then they see coding as a pain; they don't really get to see the joy for it."

Dunsworth added that Penn State Teaching and Learning with Technology (TLT) resources like the Maker Commons are great for further transformation of education at Penn State. The Maker Commons, a free 3-D printing and makerspace service located at Penn State University Park, is available to all faculty and students at every Penn State campus. Prints can be submitted online and will be shipped to the local campus library via the inter-library loan system.

"It would be nice for all of our engineering students to be able to use it right here, and then they would have through the access of time and location more resources, more 3-D printing, more laser cutting to do things right here and adjust right then and there,” Dunsworth said. “Currently, it’s just too risky to have 180 student prototypes shipped back and forth via inter-library loan four hours away, let alone they will have the same due date but different instructors.”

Ryan Wetzel, manager of Creative Learning Initiatives within Penn State Teaching and Learning with Technology (TLT), said, "As the Maker Commons enters into year three of providing access to maker technologies for all Penn State faculty and students, we are excitedly looking at the many new technologies available for additive manufacturing and other maker tools. We plan to refine our offerings over the next year to provide more opportunities to faculty and students at every campus to take advantage of 3-D printing and other manufacturing technologies." 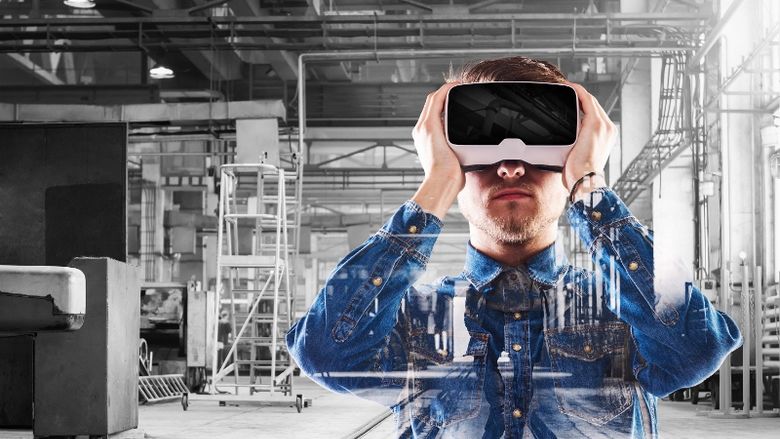