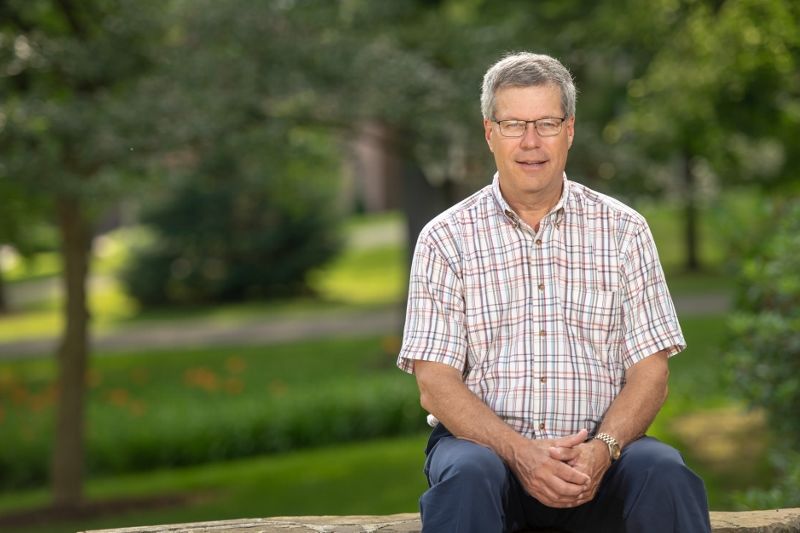 His contributions to the college’s School of Engineering didn’t end with his retirement, however. His support will continue through an estate gift commitment he has made to the school.

“My work at Penn State Behrend was a job and a career, but it was also a passion for helping students and the college grow and succeed,” Lasher said. “I want to continue that legacy, to do what I can to contribute to the success of Behrend and its students in the years ahead.”

Lasher was hired in 1984 by then-Provost and Dean John Lilley as an engineering program was getting off the ground at the college.

“John Lilley really helped me see the potential, got me excited about building a strong engineering school right in Erie,” Lasher said. “I was impressed with the future he saw for engineering at Behrend.”

Through the efforts of Lasher and many others, Penn State Behrend’s School of Engineering, now 1,600 students strong, is today one of the top 30 undergraduate programs in the country, as ranked by U.S. News & World Report.

“It’s now one of the leading engineering schools in the country, just as John Lilley envisioned,” Lasher said.

Lasher’s estate gift, the William Lasher Endowment for the School of Engineering at Penn State Erie, The Behrend College, reflects his wishes that upon his death a set amount of funds be directed to support new programs and initiatives of the school.

For those like Lasher who have the vision to make planned gifts to Penn State, the University honors the commitment with membership in the Atherton Society, named for George W. Atherton, Penn State’s seventh president, and his wife, Frances.

Planned gifts, which offer flexibility in the lifetime use of assets and income while still allowing the benefactor to leave a lasting legacy, can be made through a will or living trust. Planned gifts can also be made through a charitable gift annuity, a remainder trust, or a lead trust. Other options include an endowment fund, a retirement plan asset, a life insurance policy or even a remainder interest in a home.

The establishment of a planned gift is one of the many ways Penn State alumni, friends and faculty and staff can support the University. Supporters may make direct gifts; make multi-year giving commitments; establish endowed scholarships through singular and group efforts; and donate real estate and stocks and bonds.

This gift will advance "A Greater Penn State for 21st Century Excellence," a focused campaign that seeks to elevate Penn State’s position as a leading public university in a world defined by rapid change and global connections. With the support of alumni and friends, “A Greater Penn State” seeks to fulfill the three key imperatives of a 21st-century public university: keeping the doors to higher education open to hardworking students regardless of financial well-being; creating transformative experiences that go beyond the classroom; and impacting the world by fueling discovery, innovation and entrepreneurship. To learn more about “A Greater Penn State for 21st Century Excellence,” visit greaterpennstate.psu.edu.